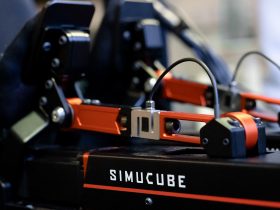 If gamescom awards want to be credible, they have to change their system for determining the winners.

When I saw it on livestream, I couldn’t help but to chuckle a little bit. Project Cars 3 won the gamescom award for “Best Simulation” last Sunday. Don’t get me wrong, Project Cars 3 is a solid game, but it is barely a simulation. The game does not include pit stops, tire wear or fuel usage. So, along with a lot of people in the esports racing community, I asked myself: “How can a racing game that has dropped almost all simulation features win that prize?”

The answer lies in a very flawed awarding process.

Nominate yourself to be nominated?

To understand the full problem behind Project Cars 3 winning “Best Simulation”, we need to understand how winners of gamescom awards are determined. First of all, only games by gamescom partners can win the prize. This is quite logical as gamescom wants to award games that are represented at the fair.

However, there is a second step: gamescom partners have to hand in their games actively in order to get into the competition. And this is where things get weird.

Why do games need to be handed in separately when they are actively represented at the fair? For example, Microsoft Flight Simulator was a partner game of gamescom but not even nominated for the prize. And let’s be honest, just by looking at the sheer number of features in the game you can tell this is a better simulation than Project Cars 3.

This brings me to the question: are these awards about celebrating the best games of the fair? Or are they just a showcase for selected partners? In order to make the awards credible, every game represented at gamescom should be eligible to win.

The fans have no voice

The second big problem lies in the voting procedure of gamescom awards. A jury of gaming journalists and selected influencers decides who wins the prize. There is no voting for the visitors of gamescom or gaming fans in general. I understand the aim behind this: experts tend to be knowledgeable about virtually unknown games, which should have a chance against the popular AAA titles.

“Best simulation” uhhhh let me sum up:
No pitstops
No fuel
No tyre wear
No damage pic.twitter.com/N7MU6ZcRZ4

But the visitors – fans, gaming enthusiasts and most of all experts in their favorite genres – are a big part of the fair as well. They were able to choose their favorites in certain categories like “Best Streamer”. Let’s make them decide over the winner of each category as well.

They are the passionate players who spend hours and hours on games of their favorite genre. They know what makes a good simulation, racing game, MOBA or whatever they play. They are the experts of gamescom, and they are many. Their opinion cannot be ignored while awarding the real best game of the fair.

Let both sides be represented

Why not make it a fair fifty-fifty system? Let both community and gaming journalists decide. The fans would be able to cast their vote, but gaming journalists could still use their voice to put emphasis on unknown gems that might be overseen in the overwhelming mass of games represented at gamescom.

I want gamescom awards to be meaningful. It is one of the biggest gaming fairs in the world and should be a guide showcasing the best games of the upcoming year. But to achieve this, the gamescom awards need a reinvention of their nomination and voting procedure.