OverTake > Opinion > Feature > Is F1 2020 ready for another Esports season?
Share
READ NEXT 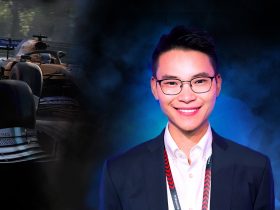 The 2020 F1 Esports Pro Series came to a thrilling conclusion this week, but is the game ready for another season?

This F1 Esports Pro Series 2020 was the first to take place completely online. Coronavirus restrictions meant the drivers competed from home (or their team’s factory) rather than side-by-side in the Gfinity Arena.

Although the drivers raced from home, the competition was just as intense as ever, and this was unsurprising considering the $750,000 prize pot. With such a big prize, a bigger spotlight was placed on any technical issues with the game or the hardware.

One of the most high profile incidents occurred during the Canadian race during the second event. 2019 champion David Tonizza collided with then points leader Jarno Opmeer whilst the duo were fighting over second place in the race:

What may have appeared like harsh defending from Opmeer to fans new to the game, those experienced with Codemasters’ F1 games recognized a common ‘desync’ issue. This raised questions whether another season should run on the current game or if they should wait until F1 2021‘s releases to begin another season.

As a driver, I would want to wait for next year, because I don’t want to repeat the same procedures as we did for the past five, six months. It’s kind of getting repetitive now. But I think as a spectator, I would want to see another season. The game is ready for another season if we really wanted to. Ultimately, it’s not up to me to decide, I wouldn’t mind either choice.

Opmeer believes the series should stick to its routine of one season per game and wait until F1 2021 is released, while Kiefer believes that in its current state the game is not ready to host another season. The Red Bull Esports driver explained how the drivers, teams, Gfinity and Codemasters have all “attacked” the problems with the game together, but it would be better to wait until next year’s release.

The drivers are also keen to return to the Gfinity Arena when it’s feasible to do so. Racing at home caused “way more technical issues” according to Longuet, and it’s hard to disagree given what we’ve seen this season. They miss the sense of community that comes from racing in the arena and the added sense of competition and prestige that comes with it.

What could they improve for next season?

There was a range of answers when they were asked what they’d like to see changed for the fifth F1 Esports season. Longuet requested a longer season with more races, while Kiefer would like to see longer races:

I’m not sure if the 35% [distance races] are creating a bigger entertainment factor for the fans than 25%. I think maybe 50% would be the next step to see if that works, to see more tire management. I would like to see parc ferme activated in qualifying. So the top 10 [in qualifying] can’t just pick whatever tire they want.

A big feature of the 2020 F1 Esports Pro Series has been the new two-day schedule format with two races on the Wednesday and one race on the Thursday. For the first time, qualifying has been broadcasted to fans. Alfa Romeo’s virtual superstar Opmeer would like to see a further change to that format: “I think what will be good is have a qualifying day aside, and then a race day. I think it’s much easier for the viewers. That’s the main thing for me. Often people don’t know exactly what is on when. It’s all quite mixed up.”

It remains to be seen what format changes will be made for the next season, but the consensus among the leading drivers is that it would be best to wait until the release of F1 2021 until they start another season.

They’ll be hoping the extra money from Electronic Arts Inc. (EA)’s $1.2 billion takeover of Codemasters will boost the budget for next year’s title and increase the stability of the online servers for future games.

5 WAYS WE HOPE TO SEE THE F1 ESPORTS SERIES IMPROVE

Do you think F1 2020 is ready for another esports season? Tell us on Twitter at @overtake_gg!