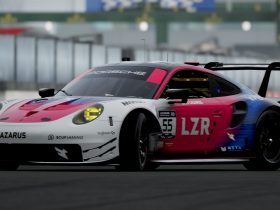 What happened to the Le Mans Esports Series?

They can be over within a couple of hours, but esports competitions involve months of meticulous planning and lots of hard work.

The creation of some of the leading racing esports tournaments is a scarcely documented process. Is the focus solely on making an entertaining product that thousands of people will watch? How important is maintaining professional racing standards?

OverTake spoke to Ben Rossiter-Turner, who is the Head of Esports at Motorsport Games, the company behind several esports championships such as the DiRT Rally 2.0 Word Series and the Le Mans Esports Series. He discussed the first step of identifying suitable racing games and examining the potential they have to produce an entertaining esports product.

We’re always trying to look at new racing games and seeing what the esports potential is. There’s a lot of different styles that we can go with. Something like DiRT 5 is very fun, but it’s not necessarily the same style of DiRT Rally 2.0, that we run right now with the World Rallycross and the rally side of things. We’re always speaking to developers if we can help them in any way in terms of activating around their product.

In-line with the exponential increase in sim racing championships in recent years, there’s a rich variety in the format that different series use. From a year-long championship to a high-stakes standalone event, Rossiter-Turner outlined the key considerations that need to be made.

I don’t think there’s always one right answer in how you deliver an esports event, because racing is such a wide genre. The presentation and the visual appearances have to all come together. There’s got to be some demonstrable reasons for sponsors coming aboard.

Building up the hype

For Rossiter-Turner is comes down to think of what is most appealing to watch. The simple mantra: If the content is good to watch, publishers, organizers, sponsors as well as viewers are happy. “It all snowballs from there. Trying to decide both from a sporting and presentation perspective, how do we get the best out of this game.”

Planning around a showpiece finale or significant endpoint is a particular focus of all Motorsport Games’ esports series. The climax of the inaugural LMES season took place on-site alongside the real-world Le Mans event. The second season of DiRT Rally 2.0 World Series will take place at the Autosport International Show next year in Birmingham (COVID-19 permitting). The rallycross winner will receive a real-world rallycross test as well as their share of the £20,000 prize pot.

Rossiter-Turner explained the importance of these showpiece finales. According to him, building up the hype until the finale is of utmost importance, especially in esports. Such events resonate across all media channels, generate interest and draw the most attention.

It’s important to keep the stakes as high as possible as well, it depends on the style of the race, but you need a time in which there’s jeopardy and money on the line, because that should – in theory- make those [on-track] decisions harder, every move on track more valuable.

This is what Rossiter-Turner and his team had in mind across all of their series, he tells us. They want to push for exciting, innovative content in a way real motorsport hasn’t over the last 50 years. “Some series have (innovated) but we have a lot of freedom where we can create new wacky formats.”

Arguably Motorsport Games’ biggest event was the 24 Hours of Le Mans Virtual race in June earlier this year. The event featured real-world stars such as two-time Formula 1 champion Fernando Alonso competing alongside sim racing legends like Greger Huttu. The race featured 50 four-driver teams, which were selected from an initial shortlist of over 85 teams.

Additional elements in the creation of an esports tournament include the creation of a rulebook for all of the teams and drivers. The rulebook for the virtual Le Mans race was 10,000 words and that was just for a single one-off event. Ultimately there is an incredible amount of planning, creative thinking and long nights needed to put all of the pieces together for an esports event that may only last a couple of hours.

The process of team selection for Virtual Le Mans was just like the real-world Le Mans, there’s a committee, there will be applications. It was a relatively open application process, then the committee would, as it does normally, determine who are going to be the best ones for the show.

As a consequence, Motorsport Games has a number of different things to consider, “from the weight of someone’s social profile to how competitive are they going to be.” For other tournaments, they rely on qualifiers and thereby completely on the drivers’ merit. Crucial, shaping factors for tournaments can be their organizer, the game that is used and the objectives of the series. “Very varied, but Le Mans Esports Series enables a mix of both.”

LMES features an invitational Pro Teams series as well as Pro-Am section, which is purely made up of open qualifiers on Forza Motorsport 7. The finale of the second season will take place over four consecutive nights, with the first series of races taking place next Tuesday. Teams will be eliminated from the finale at the end of each night.

Forza has a brilliant car selection across the years, numerous Le Mans winners, different categories of cars, many of which have nostalgic feelings for a number of people. That’s something that we wanted to get across in the Super Final selection, which will do themed periods. It should work out nicely because every day there will be different content to look at, that was the motivating factor behind it.

The result of his and his team’s efforts will see the light of day next Tuesday when the Super Final begins. You should definitely tune in, as we are in for one of the most innovative tournament formats of the year with some of the best sim racers in the world.