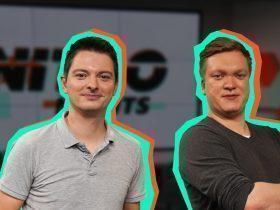 Matthijs van Erven is one of three drivers hoping to change the fortunes of Haas F1 Esports in this year’s Pro Championship.

Prior to the start of the F1 Esports season, we here at OverTake got the chance to speak to a few of the rookie drivers going into the 2021 Pro Championship. One such rookie is Matthijs van Erven, a Dutchman who originated from the PlayStation side of F1 league racing. In the PS4 F1 Esports Challenger Series earlier this year, Matthijs had a rough start to the season. However, from round six at Spa until the end of the season in Abu Dhabi, the Dutchman never left the podium. A win and four straight third-place finishes resulted in fourth in the overall standings, and a spot at the Pro Exhibition.

His late-season burst of form, as well as his consistently impressive results in F1 2020 league racing, caught the attention of Haas F1 Esports, who promptly signed the youngster to their ranks for the 2021 Pro Championship. In the first event, Matthijs represented Haas in every race, narrowly missing out on his first points scoring finish in Austria.

P16 >> P11 Just about out of the points but that race is one I can build on. This shows how important a good quali performance is… let’s go back to racing in 2 weeks 🙂 https://t.co/hR9Eb3wxmq

So that we could get to know the person behind the virtual helmet, we asked Matthijs a few questions. These included questions about F1 Esports as well as more general subjects about Matthijs himself. Note that this interview took place before the start of the Pro Championship, so Matthijs’ pick for a driver who would surprise fans was certainly impressive!

OverTake: Where are you from?

I’m from the Netherlands. IJsselmuiden, a small city.

OverTake: Who are you most looking forward to racing with in the Pro Championship?

That would be Thijmen Schütte.. He’s a good friend of mine and we’ve been racing against each other for a long time now, so I’m looking forward to racing him.

OverTake: If you had to pick one driver, other than yourself or your teammates, to win the Pro Championship this year, who would you want to win?

OverTake: Are there any Pro Championship drivers that you think people will be surprised by? If so, who?

Our Esports Pro Championship returned to the screens with incredible racing, featuring:

OverTake: If you could change one thing about F1 2021, what would it be?

Laser-scanned tracks. The kerbs are not really realistic at the moment.

OverTake: Who was/is your favourite real world F1 driver and why?

Max Verstappen, because he’s Dutch. He’s like our god in our country, almost, so obviously it’s him.

OverTake: What is your favourite track in F1 2021?

My home track Zandvoort or Canada, I really like those two.

Probably my uncle. He’s always watching and supporting me.

OverTake: Other racing games or other games in general that you play?

Usually I really like playing iRacing. It’s a sim game, so that’s always nice, and the racing and earning your iRating I really like.

OverTake: Do you have any interesting hobbies outside of gaming?

I think a lot of people play football, but so do I. So that’s my hobby out of gaming, I’m a striker.

OverTake: A fun fact about yourself that people might not know about you?

I find this question quite hard. I don’t really know anything to say. I was thinking about it earlier but I really can’t think of anything.

OverTake: If you could visit one place in the world, where would you go?

Probably America. I’ve never been there and it must be really cool. Maybe Los Angeles or New York, some big city.

OverTake: What has it been like working with Haas and with Romain Grosjean in particular?

It’s a great honour to previously have been watching him on TV in F1 and now in IndyCar as well, and he wants me to join his simracing team! I was speechless when I heard it.

OverTake: How are you feeling about Haas’ opportunities in this Pro Championship season?

Our pace is good, very competitive. It’s my first year so I guess in the first event it will be mostly learning for me, to get used to the pressure. I think we can do well, so let’s see.

OverTake: Any parting messages for our readers?

I wish everyone good fun watching it, I think we are going to put a great show on! Everyone have fun watching the F1 Esports Series.

Want more? Take a look at our Meet the Rookies interview with McLaren driver Josh Idowu.

Which other F1 Esports drivers would you like to get to know better? Tell us on Twitter at @OverTake_gg or in the comments down below!