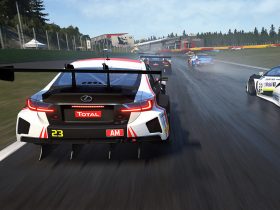 Why esports racing runs far behind other esports

Jarno Opmeer discusses his success during the thrilling first round of the 2020 F1 Esports Pro Series.

Jarno Opmeer switched from Renault to Alfa Romeo ahead of the F1 Esports Pro Series 2020, Formula 1’s official esports competition, where all ten real-world F1 teams compete for their share of the $750,000 prize pool.

The former real-world Renault junior kicked the season off with a stunning victory in a closely-fought season-opener at the Bahrain International Circuit. His team-mate Daniel Bereznay completed a 1-2 for Alfa Romeo, who became the first team other than Mercedes to achieve that feat.

Opmeer labelled it as the ‘perfect’ way to start the season and described the crucial moment in the race where he undercut his leading rivals:

I think the others got held for a second or half a second in the pits, but I undercut them by three seconds. The out lap was very fast. I just got ahead of Bono [Huis] coming out of the pits, so I didn’t have an issue with traffic. I also had to try and get out of DRS [range] from [Frederik] Rasmussen. A little bit of double motivation to push as hard as possible. The out lap was perfect.

Tiredness takes its toll at Hanoi

The second race of the season saw the F1 Esports debut of the Hanoi Street Circuit – loved and loathed by the community in equal measure. Opmeer picked up another podium, but this time he had to settle for third place behind reigning champion David Tonizza and Renault’s Nicolas Longuet.

I was quite tired at the end of the day, and my decision making got a little bit poor. Pitting at the same time as them [the leaders] was not a great idea, because I got held in the pits for one and a half seconds. Then [Fabrizio] Donoso [Delgado] got in between me, Tonizza and Longuet. Then I had to use so much [of my] tyres and battery power to get past Donoso that I couldn’t have a shot anymore at the top two.

Arguably, Opmeer saved the best for last with a brilliant comeback in the third and final race at Shanghai. He made a slow getaway from pole position but more than made up for it by executing the alternative strategy to perfection. He scythed his way through the field at the end of the race and took full advantage of the soft tires. He reflects:

Losing four positions at the start was a bit of a shock, I didn’t expect that. Later in the medium stints on lap 10, 11, after the others had already pitted for mediums, I saw I was doing the same lap times as the top three. Then from there on, I already knew I was going to win the race because the softs were – for three or four laps in a row – well over one and a half seconds faster. It was a very good race.

Opmeer finished his maiden F1 Esports fourth in the drivers’ championship, but he’s already exceeded his 2019 win total during the first event of the 2020 season. While some have suggested Opmeer clicks with the F1 2020 better than its predecessor, the prodigy offers a different explanation.

After the last event of last year, I took a bit of a break from playing F1, from practising. When I returned, I straight away, had very good pace. I found some new things, set-up wise and also a lot within myself. Then, when I did the first Pro Exhibition race, I won on a track I didn’t expect to win on. I improved a lot compared to last year, and I don’t think that’s related to the game.

The Dutchman leads the drivers’ championship by 24 points and his Alfa Romeo team holds a 29-point advantage at the top of the teams’ table. Opmeer has relished the chance to work with the team and drive alongside five-time F1 Esports race winner Bereznay.

Ever since I joined Alfa Romeo, I’ve been doing very well. Partnered with a top-three driver is mega because you’re pushing each other. It might be the difference in qualifying where there is one-tenth between the top 10. It helps to have such a good team-mate that pushes you to go a little bit faster in practice.

Championship leader. Race-winner. @Aramco Driver of the Day.@jarno_opmeer swept up the accolades on Thursday night after a stunning race around Shanghai 👑

Who will it be next time out, on November 4? 🤔#F1Esports 🎮 #F1 pic.twitter.com/1pcGzmgwof

The second event of the 2020 season will commence on November 4 with races at Zandvoort, Montreal and the Red Bull Ring.

Do you think this is going to be Opmeer’s big season? Tell us on Twitter at @overtake_gg!