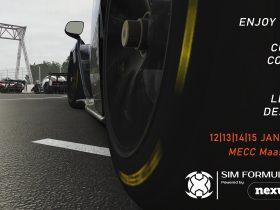 YamatoCannon is Team GREEN’s captain for Clash of Racers II. Let us introduce this esports star to you.

He is an icon in the esports scene and probably the coach with the fanciest outfits in the world. Jakob “YamatoCannon” Mebdi is always open to new challenges. On Sunday, he will have to master the most prestigious one so far, when he meets Eefje “sjokz” Depoortere and her team in our Clash of Racers II event on Twitch as the captain of Team GREEN. As usual, YamatoCannon competes to win.

“I’ve always been in love with games, and I grew up in a household where my whole family loved playing games,” the Swede told Inven Global back in July. “Naturally, I loved playing as well, and instinctively, I love to compete. The worse I am at something at the beginning, the more motivated I become to improve. I played World of Warcraft and Warcraft 3 at a high level and eventually came across League of Legends.”

MEET OUR TEAM CAPTAINS FOR CLASH OF RACERS II

LoL icon and a born leader

If you follow competitive League of Legends, it is very likely that you know who YamatoCannon is. Starting as a professional player back in 2011, he found his true profession in 2015 when he began his journey as a coach. The Swede quickly became very popular within the community due to his unique coaching style, his fancy shirts and his great sense of humor. He is known for his epic speeches towards his players before the start of a game.

As a coach, YamatoCannon competed twice on the biggest stage one can reach in League of Legends, the World Championship. He attended the event with Splyce in 2016 and with Team Vitality in 2018. The timespan between January 2016 and December 2019 marks the most successful period of the 24-year-old’s career. At the end of 2016 Summer Split, YamatoCannon was awarded the “Coach of the Split” title, making him the best coach in Europe at that time.

In 2020, the Swede became the first western coach to take over a team in the League of Legends Championship Korea (LCK). Even there, in a foreign environment, he managed to impress his players. SANDBOX player Park “Summit” Woo-tae stated in an Inven Global interview after winning the first game with his new coach on stage: “I think the result says everything. It was his first time on stage and he led the team that was on a 5-game losing streak to victory. I don’t deny that and I agree that it was the ‘YamatoCannon effect’.”

As a coach, YamatoCannon stands for success and a strong personality. His leadership qualities as well as his competitive drive make him try to improve his skills every day, and that is what he expects from his players. Team GREEN could not wish for a better captain coming into Clash of Racers and they surely hope for the YamatoCannon effect to boost them as well.

For the upcoming year, YamatoCannon found himself a new challenge. He will be the new coach of the European top team Fnatic and therefore try to win the LEC.

“The challenge that is coming ahead in 2021 is a very exciting one,” the coach says in Fnatic’s announcement video. “Improvement can be the driving force for me, but the second one is just big, big challenges. […] I swear, I will put my blood, sweat and tears into this project. I will put my life into it. This is the only thing I can promise.”

As you can see from the statement above, hard work and passion is the recipe for success from Yamato’s point of view. Every challenge he faces, he wants to master by giving everything. You will definitely have to watch him closely on the track.

However, just as his Clash of Racers opponent sjokz, the Swede is also an entertainer. He regularly streams on his Twitch channel and assisted LoL publisher Riot Games in the past more than once with his expertise in their official League of Legends broadcasts. Explaining things in an appealing way is one of YamatoCannon’s greatest strengths.

His social skills and his passion make the expererienced coach a worthy team captain for our Clash of Racers II event. Before he chases the LEC title in League of Legends, he surely wants nothing more than to win our prestigious racing event with his team. Tune into our livestream on December 13, at 6 PM CET, to see what Team GREEN is capable of with such an outstanding leader. Make sure to check out Yamato’s Twitter and Instagram!

Can YamatoCannon bring in the YamatoCannon effect to lead Team GREEN to vicotry at Clash of Racers II? Tell us on Twitter at @Overtake_gg!