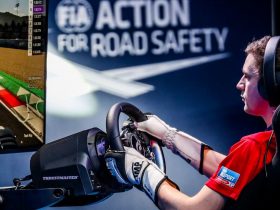 Fast cars, humor, a passion for esports racing and an open personality: this is what makes the YouTube star Jimmy Broadbent so unique.

Shed Boy Jimmer, also known under his Formula 1 alias “Jamble Wanglebork”, is a content creator from Somalia. He lives in a shed and has a girlfriend called Véronica which is a barometer. He found god when he saw Jesus walk on water during the Australian GP.

If you are confused by this description, you most likely have not yet been on Jimmy Broadbent’s YouTube channel and never experienced his humor. Memes, jokes and crazy entertainment are one part of the 29-years old Britain’s personality and a huge reason for his popularity – he counts as one of the most shimmering characters in the world of esports racing.

The other significant characteristics that rocketed him to over 540,000 subscribers on YouTube: Jimmer is genuine, creative and close to his community. While influencers are known for showcasing a perfect life and flexing success, the racing enthusiast is open about the struggles in his life – and his home being an old shack in his mother’s garden.

From living in an actual shed to owning three cars

The charming and light-hearted content creator originally started his career from a rather dark spot. DRIVETRIBE visited the world’s most famous shed and chatted with Jimmy about his habitation and how he ended up living in his shack.

It wasn’t really a nice start to be honest. I used to, well I still do, deal with a lot of problems with my mental health. (…) I had a quite severe depression among some other things. Essentially long story short, it cost me my job, it cost me a relationship, it cost me where I lived at the time and I had nowhere to go. I was homeless, I had no money and I had to basically move back home.

His mother mentioned the unhabitable old building in her garden, and Jimmy decided to turn it into his living space, as well as his workplace for producing videos. As he revealed in an interview with Streamlabs, he first became involved in making YouTube content in 2016 when he was already unemployed. To be productive, he pushed himself to produce one video a day to keep himself occupied. The beginnings were slow and the now YT-star remembers some of his live-streams that only caught the attention of around two people. Now, four years later, Jimmy has produced over 1,600 videos on his channel, some of them reaching millions of views. Not only does the content creator have great success in terms of numbers, he is also happy with his profession:

I have the absolute pleasure and the honor to get to do something you enjoy every day. I used to have a job as like a phone salesman a long time ago and I had to wake up dreading going to work. Now I wake up and I just can’t wait to get started. I’m very lucky.
– he told Streamlabs.

What is your favorite racing game: iRacing, Assetto Corsa, Gran Turismo, maybe F1? Jimmy offers content for you to watch, no matter what genre or title you prefer. And he is actually skilled in every discipline, even though he does not consider himself a top racer:

But I also deal with a very wide range of sim racing for my videos. I’m driving my virtual BMW M8 GTE, then Formula 1 and then rally on the same day. This is also a bit of my curse, because I am very good at everything, but nowhere really world class. I enjoy the wide range that sim racing offers, and I also convey this range in my videos.
– he told motorsport-xl.de

Despite all this diversity, Jimmy has a soft spot for a specific circuit that he can race over and over again: the Nürburgring Nordschleife. His preference shows in one of his video-series where he tests how fast a certain car can lap the Nordschleife. And his choice of vehicles is proof of his love for motorsports as a whole: sometimes he takes out Juan Manuel Fangio’s virtual Formula 1 car for a drive, or a 1000cc Superbike, a NASCAR Cup car, the legendary Ferrari F40 – as long as it has a set of wheels, Jimmy can have fun with it and provide entertaining content for his viewers. It is his passion that matters most. Or in his own words:

The cars aren’t real, the track isn’t real, but the racing is real. The emotions are real and for those of us who can’t get into real cars and do that, that’s a great substitute.

It’s all about cars

But what does Jimmy do once the camera is off and he has free time? He continues with his passion for cars and video games. As he explained in the interview, he is a die-hard motorsports enthusiast and car nerd.

Jimmy spends his time watching more content about motorsports or he enjoys more casual games, such as Mario Maker. Or, he takes one of his three cars for a drive. The jewel in his collection is the 1993 Nissan Skyline R32 GT-R, his absolute dream car. The Brit used to race with this speedster in Gran Turismo for years and he has finally added the gem to his real-life collection, even in a particular color scheme in which only 141 units were manufactured. So now you might wonder: why does he own three cars instead of switching to a larger apartment? Guess what he answered to DRIVETRIBE:

They say you can live in a car, but you can’t race a house.

Probably the shiniest it’s ever been.

It’s been nice having a bit of time to enjoy it (tho my body is kinda forcing it) it’s made me realise how many hours I spend in the shed. I need to find a better balance. pic.twitter.com/10cW50MWvo 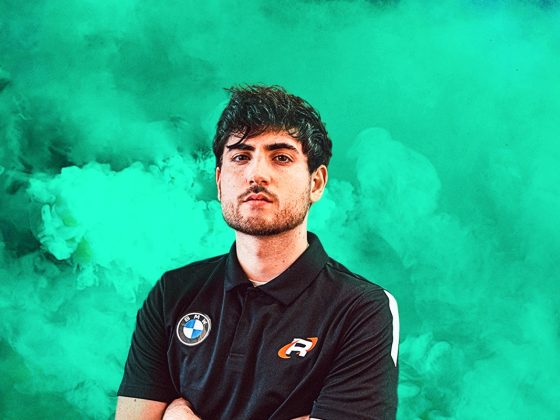 Enzo Bonito: Our November Hero of the Month

OverTake presents our Hero of the Month for November: 2018 eRace of Champions winner and established sim racing veteran Enzo Bonito. ... 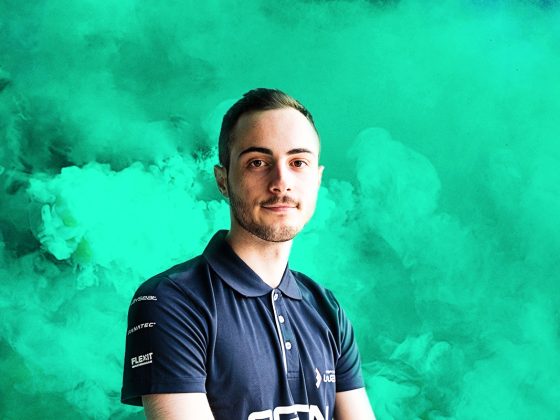 Nexl: Our September Hero of the Month 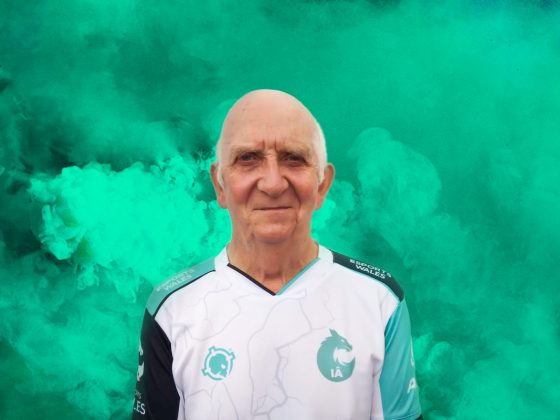