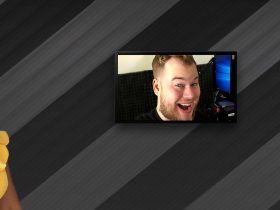 Mike Channell does it all: as a writer and video host on two YouTube channels – Outside Xbox and Outside Xtra – he creates beginner-friendly and simply hilarious content for anyone interested in the gaming scene. Also writing for Top Gear, he keeps readers updated with gaming reviews and tutorials. As if that alone were not enough, he is also a race driver since 2018.

On Outside Xbox, Mike is a video host and writer covering gaming challenges, news, rankings and let’s plays alongside his colleagues Andy Farrant and Jane Douglas. In brilliantly scripted and skillfully presented videos, the channel’s team regularly excites more than 2.5 million subscribers. Their videos cover games like Minecraft, Red Dead Redemption and Among Us – providing useful input for everyone who finds their way to the channel. Not requiring a massive amount of background knowledge while still being highly entertaining, the videos on Outside Xbox – and the secondary channel Outside Xtra – really come with a fine mixture.

The same goes for Mike’s written content for BBC’s online racing magazine Top Gear. Next to more in-depth topics such as game reviews, Mike also offers content tailored to the needs of rookies like “How to get started in sim racing esports” or even “What is esports?”.

Getting started on the real-world racing track

In 2018, Mike Channell made his debut as a racing driver in collaboration with Carfection. A series consisting of seven videos documented the road to his first ever race and competition in the Ginetta Racing Drivers Club. At the end of the season, Mike was happy that he greatly improved as a racer and beat his personal lap record in the final race. The video series captures his ambitions and emotions about the experience and provides valuable insights on how to get started as a racing driver.