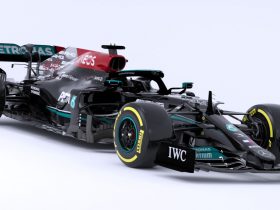 You can now drive the Mercedes W12 F1 car on iRacing!

In the eNASCAR series, Keegan Leahy is one of the favorites to win it all. We detail his amazing journey through the esports landscape.

“For this season, we have to come up with something special,” is the call for the 2017 season of the then NASCAR PEAK Antifreeze iRacing Series. With almost surgical precision Keegan Leahy dives into numbers and excel sheets. It comes naturally to him, but to many of his team-mates on LockDown Racing this all seems foreign. But as the crew chief of a top contender like Zack Novak, Keegan is not messing around even though he is not yet a driver in the series himself.

As Keegan assembles the data, there is not a moment he second-guesses himself. Why would he? It’s a new setup he has come up with. Methodically, Keegan matched the times. One by one going through each split. He also did the laps himself.

“Dang, I got him again.” There it is. Just by a small margin, but it seems as if he was a little faster than Zack Novak again. Of course, this is just testing, and while Keegan has the advantage in the times, he knows there are still aspects like racecraft that play into making a good racer. It always gives him the confidence that he would be able to compete. Now the setup just needs to hold up to the expectations, and his job is done.

Did it hold up? How do five poles in a row sound to you?

After the setup Keegan worked on in cooperation with his teammates at LockDown Racing back in 2017, Zack Novak went on a tear when he secured five consecutive first-place qualifyings. A significant factor in the playoff run for Novak in 2017. Meanwhile, the Canadian Leahy set his sights on getting behind the wheel in the series himself, after he knew how fast he could be.

A déjà vu on the track

What once was an internal fun feud became reality sooner than expected in 2019. The final race at Homestead Miami speedway made it all go full circle. After an action-packed second season Keegan went into the final as a two-time race winner and three-time pole sitter. One of his opponents: former team-mate Zack Novak. Thus, the story began.

After the last cycle of pit stops, it’s Keegan in second and Zack in prime position in a battle for the lead. There is not much time left, as the drivers are quickly approaching the final lap. Keegan is focused. Many say in the zone, but for him, that is the case. With laser-like precision, Keegan is closing in to Zack. He is faster than him; this is apparent. But with little time to work, this could get ugly.

Final go around. Keegan is right there. Last chance. No rerun. This is it. He could just send it. Bump him. Just a little love-tap. But contact might crash Zack, though. What’s more important? This is it. Keegan tightly grips the wheel as the blood pumps through his arms. He takes a deep breath and goes for it. He wants it. But not at all costs.

The aftermath of the 2019 championship race of the eNASCAR series is a second place for Keegan. Mainly due to the decision not to touch Zack. Something that is called a bump and run.

Whenever you touch somebody (in iRacing, editor’s note), it’s kind of likely to end up in a crash. (T)hey use physics equations to get everything as close to reality as possible. The downside is that the internet doesn’t allow for very precise measurements of your speed, and sometimes that code gets it wrong. That’s why I didn’t hit Zack, its ’cause I didn’t want to crash him.

It is remarkable how pragmatic Keegan thinks about this situation. As he explains to you how the code works, that makes the whole simulation possible, you can’t help but ask yourself: ‘But why does that even matter to you?’ The answer again shows what type of person Keegan is: “It would have been really dramatic and very controversial. This is not something I wanted to define my next few years with. My reputation matters more to me in that regard.” It’s a code of honor that not everyone would have followed.

But these aren’t sour grapes from the Canadian, as Keegan goes into detail, explaining his reasoning: “I left him absolutely no room, and when I got on throttle, I wasn’t letting off throttle right. He worked with what space he had, and he didn’t make a mistake. So, in my opinion, he deserved that one.” Statements like these are what attest him great sportsmanship and love for the sport.

He outlasts G2 Esports’ @KeeganLeahy on the final lap to earn his first career title. pic.twitter.com/ndJ4uFsMDq

Keegan also said it could be different if he was put in this situation again, and if karma exists, it should give him the chance to do it cleanly.

Maybe in the capacity of another final at Homestead. Keegan is currently looking to bounce back from an unfortunate second round in the playoffs. Going into the last playoff race at Texas, Keegan might be one win away from finally achieving what he seems destined to do.

Keegan has a mind for the sport. Not just the esports but racing in general. His physics degree and knowledge might help him, but more than anything, Keegan is a workhorse. He is also very upfront with what he thinks. “You don’t have to study physics. You simply have to think logically”.

Whatever happens, Keegan Leahy knows what he can do and knows how to do it. Methodically and smart, he will be on his way to a championship one day. “I thrive when things change, when a unique or weird situation occurs. A situation where I can find the best solution quickly. That is where I feel good, and that’s why I do this.” We are thrilled to see what he will be capable of in the future.