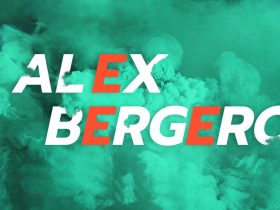 Alex Bergeron: Our Hero of the Month

Mitchell deJong has impressed both the real-world and sim racing scene ever since his teenage years.

Mitchell deJong had a headstart into the racing scene: He began karting at the age of only five and quickly started competing at random tournaments throughout the US. Winning numerous titles he raced for, young Mitchell deJong attracted attention and joined Red Bull’s racing arsenal as their youngest athlete at twelve years of age.

From there on, he continued to compete in and win karting championships until he made his first appearance in the Global Rallycross Lites competition at only 15 years old. After securing the silver medal in the Rallycross X Games, deJong was already the youngest driver to have won a medal in the tournament, but he still wanted more. Easily topping the previous placement, he achieved gold in the following year in the 2014 X Games series.

A star in both worlds

After proving his talent on the real-world racing track, Mitchell deJong also made a name for himself in the sim racing world, mainly on iRacing. Having tried it for the first time at a friend’s house, deJong was immediately hooked on the game and quickly started playing it competitively.

By now, he has placed on the podium in various different iRacing championships, including the F1 WCS and the iRX. DeJong is also currently competing in the 2020 iRacing Rallycross World Championship for Subaru and has come in 11th in the 2020 Porsche TAG Heuer Esports Supercup, placing 4th in the grand finale.

In 2015, deJong joined the Virtual Racing School (VRS) to pass on his knowledge about iRacing to fellow drivers. There, the rallycross champion is available either as a live coach for immediate advice or in demonstration videos such as the one down below.

Ride onboard with our coach @MitchelldeJong1 as he sets pole in yesterday’s Road To Pro race.https://t.co/nComFzByZu