Game Director on the future of DiRT Rally esports

Ross Gowing, game director of Dirt Rally 2.0 about creating the World Series and the future of the game.
Photo credit: Koch Media / Codemasters

It is time to get dirty. On August 25, qualifiers for the second season of the DiRT Rally 2.0 World Series kicked off. In the off-road competition, a total prize pool of $20,000 and a test drive in a real rallycross car are on the line.

OverTake spoke to Ross Gowing, Game Director of DiRT Rally 2.0, to find out more about what the fans await, what it takes to be a successful DiRT esports racer and a possible new DiRT Rally game.

Hey Ross and thank you for joining! You have been working on many different racing games in your career, namely GRID 2 and several games in the Dirt franchise. In your opinion, how realistic and competitive is DiRT Rally 2.0 compared to other off-road games?

DiRT Rally 2.0 is the most authentic representation of rally I’ve ever worked on. I worked on the original DiRT Rally and going back a bit further on DiRT 3 as well. And when the DiRT Rally franchise separated from the numbered Dirt franchise that authenticity was the key, making sure that we represented everything about rally as accurately as possible. I think we pushed that further and further across the two titles.

We worked with a lot of professional drivers to make sure that we had professionals and everything represented properly. And I think the results we came out with were fantastic. The way we’ve seen the game used by real world drivers and esports drivers as well I think is testament to that accuracy.

Which special skills does an esports racer need to have in order to be competitive in DiRT Rally esports?

From speaking to the esports drivers, the thing that makes them most competitive seems to be their ability to concentrate for a fantastic length of time. Meaning they can practice stages and circuits over and over again, constantly finding those tenths of seconds.

And then when it comes to the main events, they are able to maintain focus and not get distracted by the pressure or anything else that is going on around them. That mental fitness seems to be the biggest differentiator between the top players certainly.


You doubled the prize money for the second season of Dirt Rally 2.0 World Series. What else is going to be different from season 1?

In the new season, we will see more prominence from World Rallycross getting involved in the rallycross portion of the competition. The qualifying was refreshed from last time around. We certainly learned a thing or two about which could be the best stages to use. The format has been tweaked slightly. We have more regular quarterfinals after each round of qualifying, rather than it being saved up until the end.

And we are hopeful that plans for the grand final at the Autosport International Show in January will be better than ever. We are waiting to see how live events will look like then. But I think the team will put on a fantastic event, whatever is put in front of them.


We are definitely crossing our fingers that the final can take place live in January. You just mentioned that World Rallycross will be involved in the competition. How is that involvement going to look?

There are a few things that World Rallycross are just working out with Motorsport Games and I am keen to see how that grows over time. There is a drive in a hybrid rallycross car available as a prize. And I know a lot of players are very excited to about trying to prove themselves worthy of that.

I think that the World Rallycross teams this time round will be keeping a keen eye on proceedings. I am sure if rallycross and esports evolve even further, the teams will be looking for who the prominent players are in this series.

In an ideal world, you are absolutely right. Players would have to see stages for the first time or maybe they would have seen them once or twice from recce videos they would have reviewed. Whilst we would love to throw new routes in all the time, it is just not viable really. In one of our previous games we implemented a track generation system which generated brand-new routes every time. But our players were vocal about preferring to have fixed routes instead.

In Dirt Rally 2.0 that is what we went with. I think it does add an interesting element to things. Not only if you look for the players with natural speed and concentration ability. The ones who have that almost graphic memory for the stages are at benefit.

So, it is slightly different from real rallying. But I think it makes a very exciting competition, nonetheless.

You partnered up with the new FIA eRX2 Championship. What benefits will the contenders and the viewers get from the partnership?

The benefits our players have from the partnership is that there is a prestigious real-life motorsport paddock watching our players. Now that a lot of the real drivers experienced esports driving over this summer, I am sure there will be a lot of comparisons. They will be able to draw a lot of advice that could be passed on from real drivers to esports drivers and vice versa.

And I think it reinforces the legitimacy of esports to be in partnership with real motorsport organizations. This is no longer a hobby that people pursue in their bedrooms or just on consoles. People can tell it is extremely serious and they see this as a viable route into real-life motorsport. I look forward to seeing that grow more and more to the point where we see esports drivers competing in real-life on a much more regular basis. 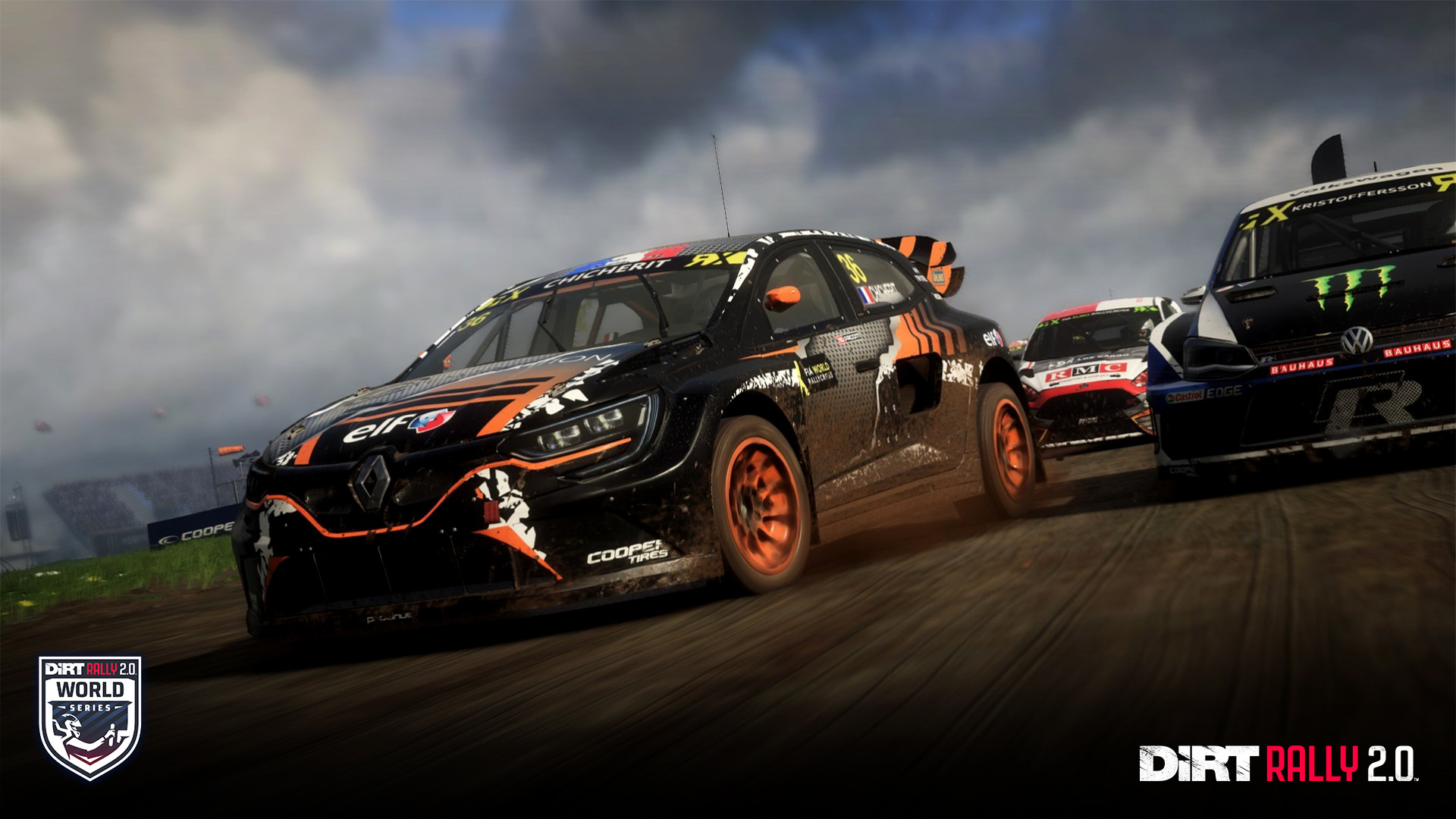 You also once again partnered up with Motorsport Games who are well-known for organizing esports tournaments like the 24 Hours of Le Mans Virtual across many different sim racing titles. For you as a developer and publisher, how does a partnership like this help you to conduct a big tournament like the DiRT Rally World Series?

It means that as developers, we can concentrate on focusing on everything that is in the game without having to worry about flying people in from all over the world and make sure everything is being broadcasted.

Looking back to last year’s competition, the way their live stream elements were handled with professional commentators and creating a fantastic broadcast package, I think that really makes people sit up and take notice. If it was just a live feed being broadcasted randomly somewhere, there would not be anywhere near the appetite that we were seeing from players.

Working in partnership with them has been great. It allows us to focus on what we do best, them on what they do best. And it comes together to create a fantastic show for everyone.


DIRT 5 is going to be released in October. You already announced there won’t be any additional seasons for DiRT Rally 2.0. How much development will still go into the game? What kind of new content in and around the game can we expect in the future?

We are very excited that the Ford Fiesta R5 MKII will be added to the game as an incentive and reward for everyone who takes part in any round of the World Series qualifying. I think it’s going to be earlier October when the car will unlock in game for everybody.

Other than that, we are now looking to the future rather than doing any more features or big additions to Dirt Rally 2.0. We are looking with the team at what our next project may be. It is an exciting future for sure.


In May, you wrote that you have big plans for the DiRT Rally franchise. How far is a new DiRT Rally game already in development? When can we expect news?

I can’t tell you anything about the specific plans just yet. The team is currently exploring everything in the world of rallying and looking into what the future could be. What vehicles from the past we would like to keep in our minds, what locations the team feels are iconic.

We will announce any news just as soon as we can. But I cannot get into any specific details on when there will be an announcement yet.

Thank you very much, Ross. We're excited to see the second season of DiRT Rally 2.0 World Series. Follow @overtake_gg on Twitter and visit OverTake to not miss any news on the competition!
Tags: interview, codemasters, event, esports, dirt 5
By clicking on one of those buttons you are leaving OverTake.gg