How to nail every lap on Le Mans

Tutorials
Reading time: 3 minutes
This week is Le Mans week! And with this trackguide you will be up to date on how to handle the Circuit de la Sarthe.
Photo Credit: iRacing YouTube

The 24 Hours of Le Mans goes down this weekend! The endurance race is arguably the top racing event every year. Ever since its inception in 1923, the 24 Hours of Le Mans have taken place close to a hundred times. An integral part of the excitement that revolves around the series is the track. Circuit de la Sarthe is one of the most prestigious and well-known trails in the world. It features many difficult spots and iconic passages. We will highlight some of them and show you the way to nail every lap. 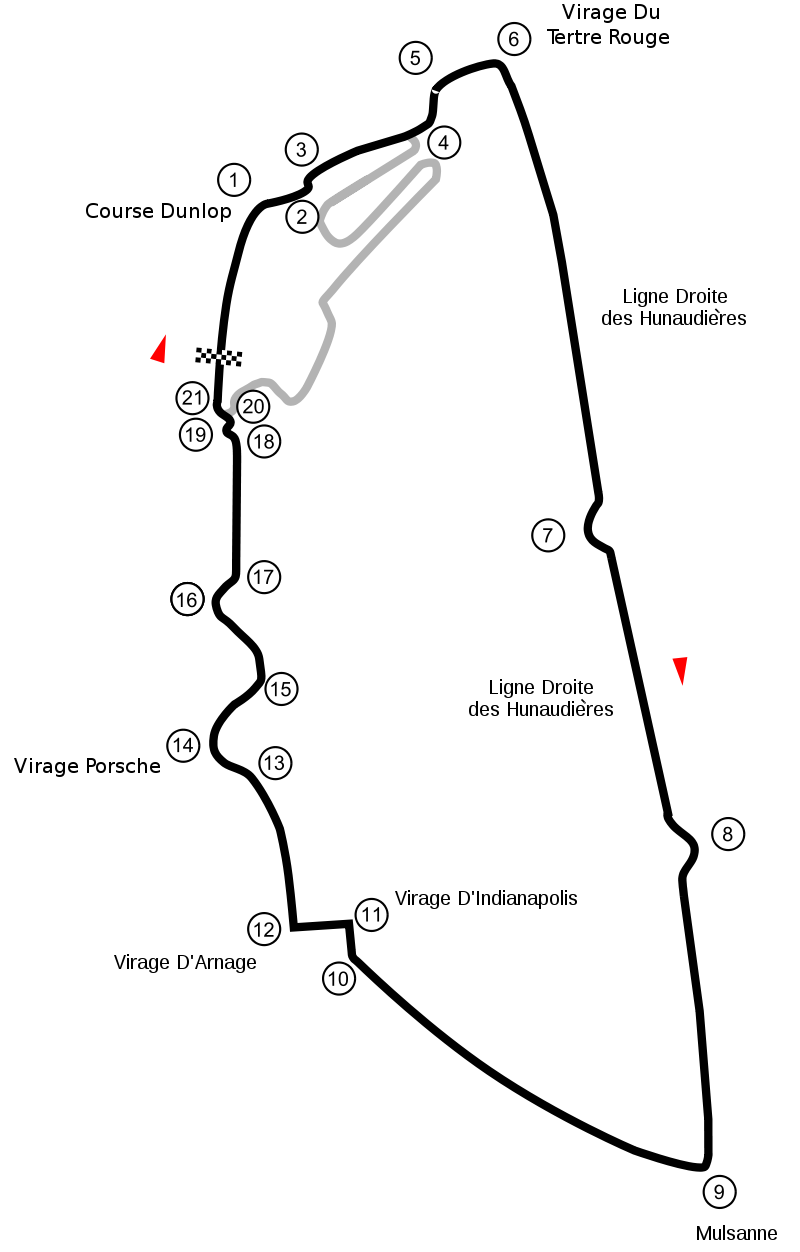 The French Circuit de la Sarthe is 13.626 kilometers (8.47 miles) long and features a wide variety of high-speed corners and chicanes. At the end of a lap, a racer will have completed 38 turns, some of which we will highlight. The track layout has changed multiple times over the years due to many casualties and generally low safety regulations. The layout we know nowadays exists since 1990, when two chicanes were added to the long straight.

The first thing to look out for at Le Mans are Turns 1, 2, and 3 going into the famous “Dunlop Bridge”. The passage is called “Course Dunlop”. 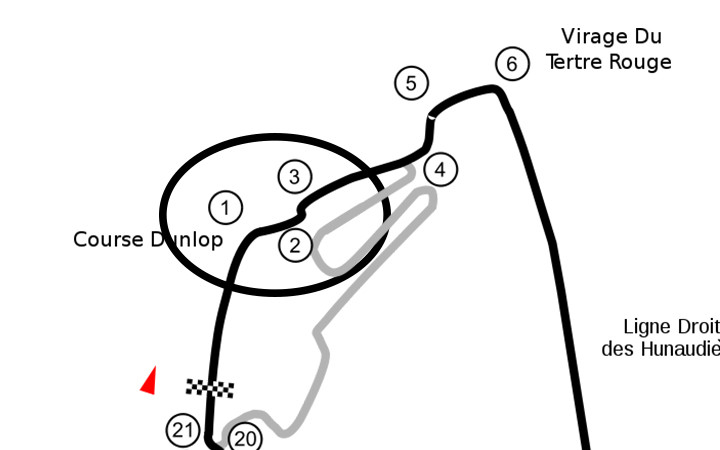 Coming out of Turn 1, cars can carry a lot speed. The distance to Turn 2 is minuscule, however. So you’ll have to hit the brakes hard to avoid too much speed. You have to do it early enough to prevent a lock-up. Because if you steer into Turn 1 while braking, you are in danger of locking up your wheels. If you are to fast you could lose your rear end and spin.

How to do the corner correctly: You will need to back off the throttle when you take the curb on the outside of Turn 1. The car needs to be stable and straight. As soon as it is straight, you will need to start braking. No sudden movements are advised. Preferably you would need to go down into second gear to get a good entry into Turn 2 and 3.

Turn 2 will be a left hander as the track narrows. If you come into Turn 2 too fast, the chance of you spinning is very high. So, you should take care about the right line, rather than being faster. 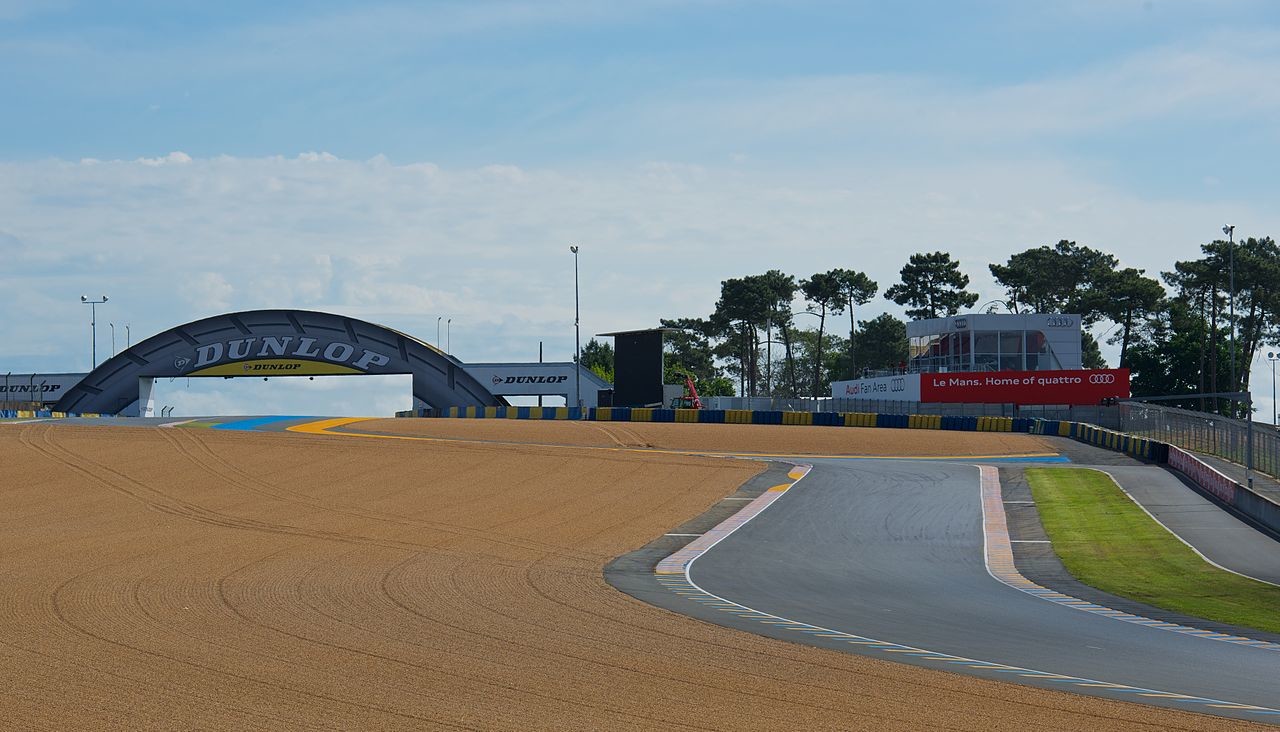 The third turn isn’t as forgiving as Turn 2 with the curb. The track narrows quite a bit and you should be focusing on your exit. That’s when you enter the Dunlop Bridge.

Probably the most iconic part of Circuit de la Sarthe is the Mulsanne Straight, one of the longest straights of any racetrack in the world. It used to be a straight over more than 2 kilometers, before tire failures and top speeds of over 400 km/h forced the implementation of two chicanes in 1990. 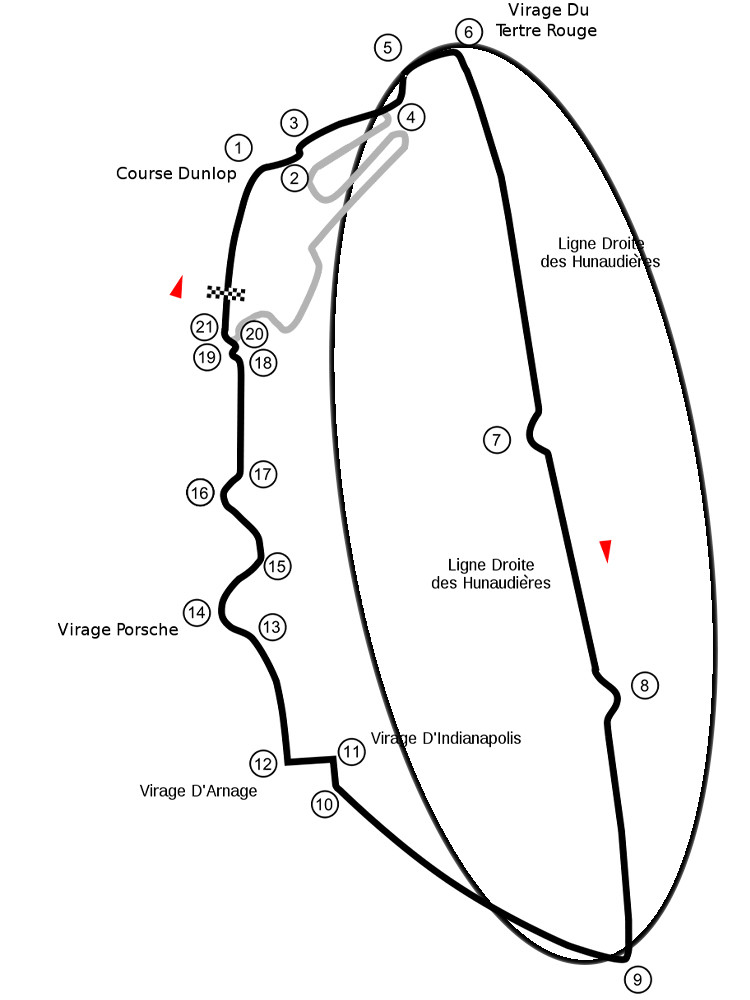 The entrance to Mulsanne is a fast right-hand corner, which you usually take in third gear. Be careful not to miss the apex on the turn, or otherwise, you could receive a penalty for ignoring track-limits. Plan the exit onto the straight as well as you can and try to get a good boost.

The straight itself is relatively simple. Most people use the middle of the road as the right and left side mildly camber off their respective sides.

The important parts are the chicanes. The first chicane is a right-left with a heavy braking zone. The entrance of the turn is tricky because you can easily lock up your front right when you turn. If you do it correctly, you can hit both apexes. You can take a lot of run-off area on the exit of the first chicane. 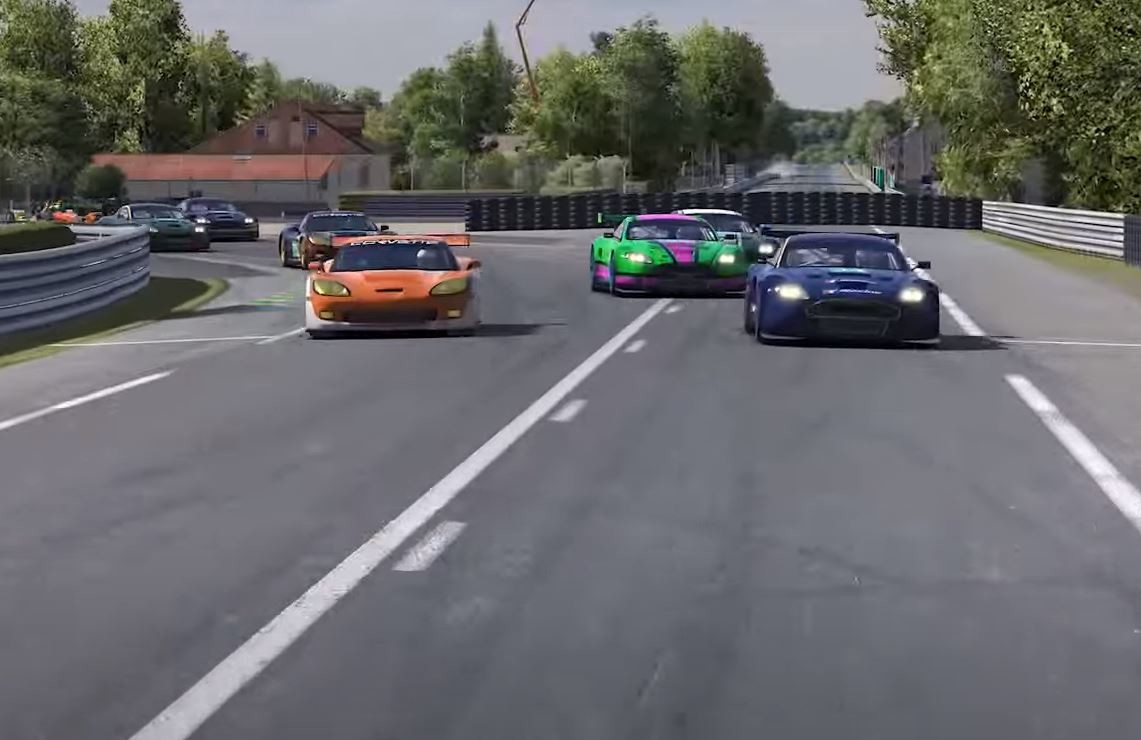 The second Mulsanne chicane is similar, but you can get on the throttle earlier when you exit the corner. This is essential when you come to the last stage of the straight.

When you exit Mulsanne, you will be quickly underway, so be wary of the track limits again. It’s a hard-braking zone followed by another straight so apply the previously mentioned technique and care for a good exit.

The last thing we will look at is the so-called “Virage Porsche” or the “Porsche Curves”. It is a rather fast passage of right and left-handers that can leave you wrecked if you aren’t careful. 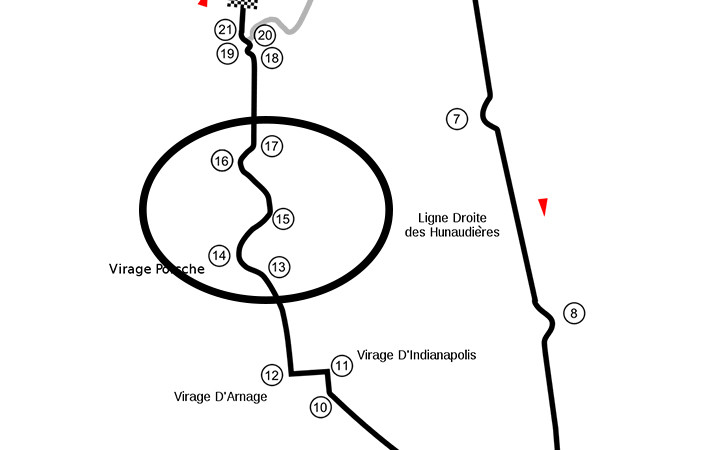 Turn 13 and 14 are the last overtaking possibilities of the track. If you can get on the outside of your opponent, you can have a go. The exit of Turn 14 presents you with the challenge of going hard on the throttle but keeping your composure for what is to come.

Turn 15 includes "the Wall”. Like the "Wall of Champions” in Montreal, piece of the track is very easy to clip and lose a lot of time. You should be easy on the curb and think the wall is closer than it might be because damage to your front right can ruin your race.

Turn 16 and 17 are tricky. If you miss the apex of Turn 16, you will likely clip the grass which can lead to oversteering and spinning, so be wary of that. But more importantly, the exit of Turn 16 marks the moment you should start to brake into Turn 17. Even though the corner is not visible yet, it punishes you for steering too late.

The Circuit de la Sarthe has many exciting and iconic spots, but if you nail the passages three presented, a seat in an LMP car is just a win away.

Do you want to see how it's done perfectly? Check out our coverage of the ongoing Le Mans Esports Series Super Final.
Tags: le mans, tutorial
By clicking on one of those buttons you are leaving OverTake.gg