The innovative V10 R-League kicks the week off on Monday with the third round of its inaugural season at the legendary Nordschleife. Porsche24 Driven by Redline remains the only unbeaten team in the head-to-head tournament. They defeated BMW Motorsport SIM Racing Team at Monza 3-0, and scored the same result against Team Fordzilla at Brands Hatch last Monday. Williams Esports sits second in the teams’ championship, just one point behind leaders Porsche after losing its unbeaten streak to Veloce Esports-run YAS HEAT at Brands Hatch. The top four in the points standings are currently completed by Red Bull and BMW, while Fordzilla sits at the bottom of the eight-team championship with a single point. The highlights of the third round will be broadcast on Monday 21 September at 7pm (UK time) on BT Sport 2. The show is hosted live from the Gfinity Arena in London with the broadcasting trio of Rachel Stringer, Nic Hamilton and Ben Daly.

The latest round of the eNASCAR Coca-Cola iRacing Series, which has a $300,000 prize pool, will take place at the Las Vegas Motor Speedway. It marks the penultimate round of the regular season, with the top eight drivers in the championship qualifying for the end-of-season playoff rounds. Denny Hamlin Racing driver Keegan Leahy took his third win of the 2020 season last time out at Darlington Raceway. The race will air on Wednesday, September 23 at 2am (UK time) on NASCAR’s YouTube channel and website as well as iRacing’s Twitch channel. Leahy sits just two points behind championship leader Bobby Zalenski, with Garrett Lowe completing the top three.

You can catch up on the last race at Darlington here:

The penultimate round of the 2020 Porsche TAG Heuer Esports Supercup will take place on the virtual Le Mans circuit on Saturday, one week after the 88th running of the real-world 24 Hours of Le Mans. Red Bull Racing Esports Team driver Sebastian Job has a mathematical chance of clinching the title with one round to spare after winning the main race at the previous round at the Nürburgring. Job is in pole position to scoop the biggest share of the $200,000 prize pool, with a sizeable advantage in the drivers’ championship over defending series champion Joshua K Rogers. Australian ace Rogers and third-place Alejandro Sánchez both encountered troubles at the Nürburgring, leaving Job with an 84-point advantage at the top of the table. 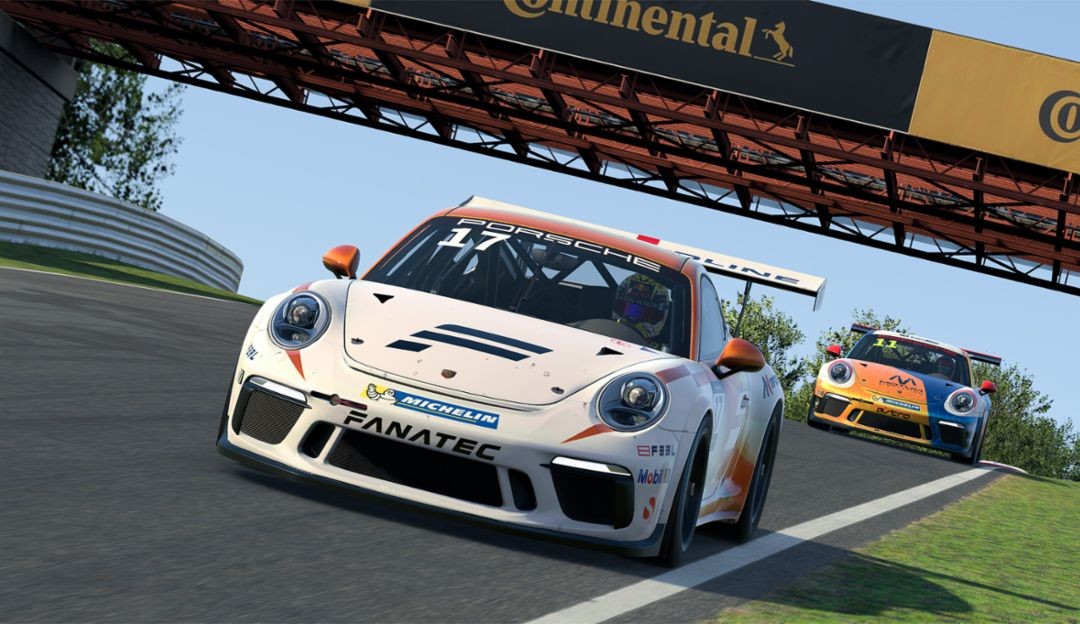 The iRacing Rallycross World Championship will fire into life this Saturday at Lånkebanen circuit near Hell. The Norwegian course is arguably the most iconic rallycross circuit and the most recent rallycross addition to iRacing. It is the first round of a nine-round season that will visit seven different circuits and conclude on Saturday, December 5 with the second visit to Sonoma Raceway. The opening round of the season will take place on Saturday afternoon and be live-streamed on iRacing’s YouTube channel.

Williams Esports driver Sami-Matti Trogen defeated Red Bull athlete and 2018 champion Mitchell deJong to win the 2019 title despite only winning one feature final. Current eNASCAR championship leader Zalenski returns and is hoping to shed his unfortunate record of the most feature races completed without a win.

For a lap of Lånkebanen circuit from a driver's perspective, check out this video:

Tags: preview, le mans, nascar
By clicking on one of those buttons you are leaving OverTake.gg