Ride 4 Review: Motorbike dream or lost on the way?

With Ride 4, developer Milestone doesn't want to present the series like its flagship, MotoGP. The focus is rather on pure passion for motorbikes, so although the game does not support a licensed series, it still has a great deal to offer for any keen biker. Check out our video below to find out more.


Have a ride your way

Ride 4 contains at least 175 licensed motorbikes from every important manufacturer, as well as 17 licensed tracks. All 3D-models have been entirely remade and Milestone also provided new textures, which makes bikes and tracks prettier than ever. It's a pity that you can't zoom in far enough to watch all the beautifully animated details of the bikes in the showroom.

You are able to modify your rides to your liking after purchasing them with in-game currency, create your own liveries, or tune your bikes' performance. There is the possibility to buy complete kits or single parts, some of them also affecting your bike's look. Your avatar is also a blank canvas to design to your own taste. You can buy new clothes or accessories and create a livery for your helmet, or badges for pants. More content will soon be available via DLC. 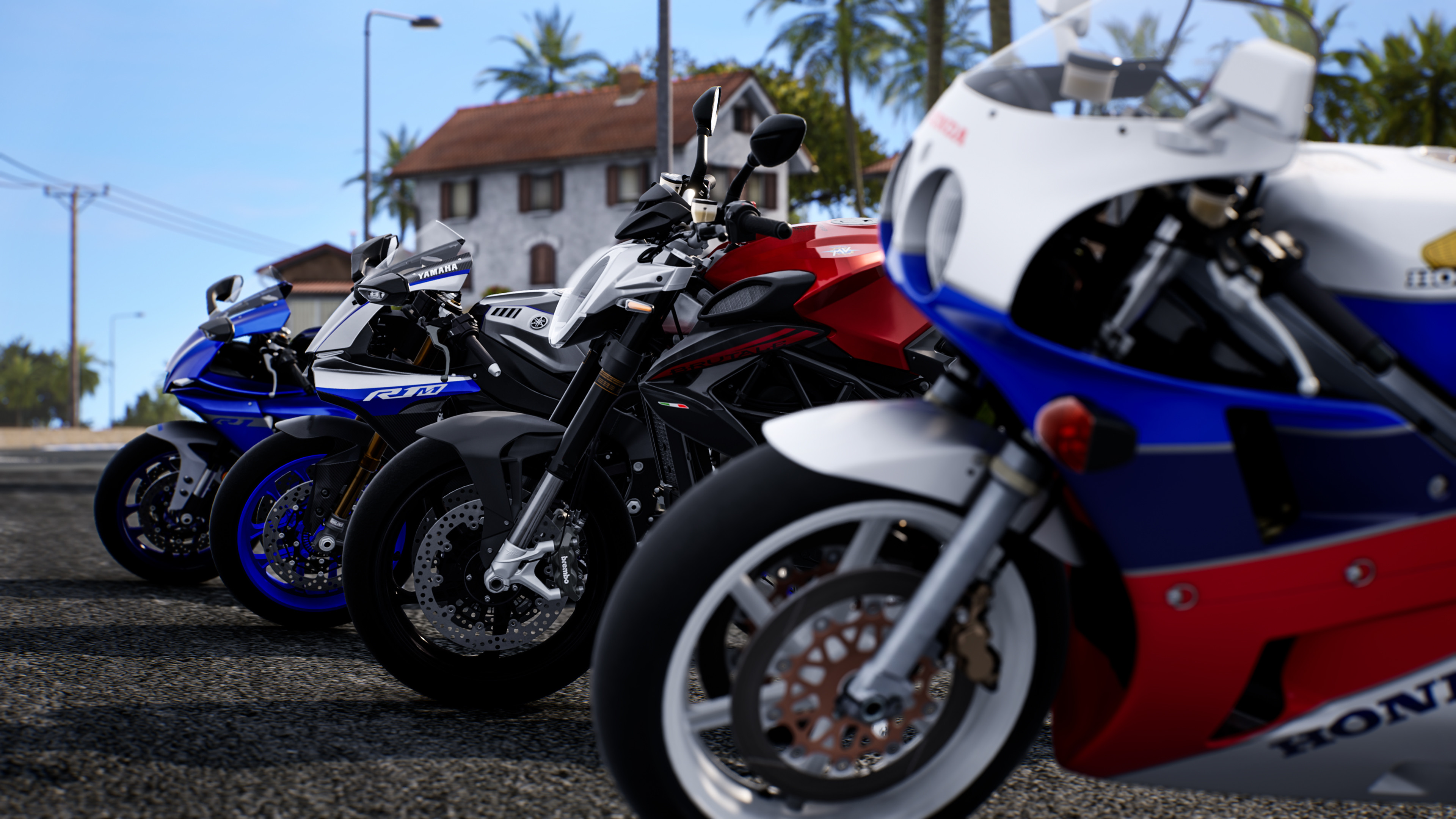 I want to ride my bike

Of course, you can also ride your bikes in a game aptly called 'Ride'. And that basically works pretty well. The controls feel very similar to MotoGP and are quite precise. The physics simulate the weight and momentum of rider and machine quite well. Beginners can add several driving aids if they are struggling.

What basically sounds like a dream come true for newcomers interested in motorbike sims can unfortunately turn into a stress test once you hit the asphalt. Milestone bet on their neural AI-System called "Anna" which should be able to adapt and learn. Unfortunately, Anna seems to be rather moody once in a while. AI riders tend to attempt ridiculous maneuvers that make a clean race impossible. Luckily, you can use the rewind option known from earlier Milestone games and try again. Furthermore, this affects the difficulty of races. Sometimes it is very easy to finish first, while in the next race you are not able to reach P4, despite the AI difficulty level supposedly being the same. 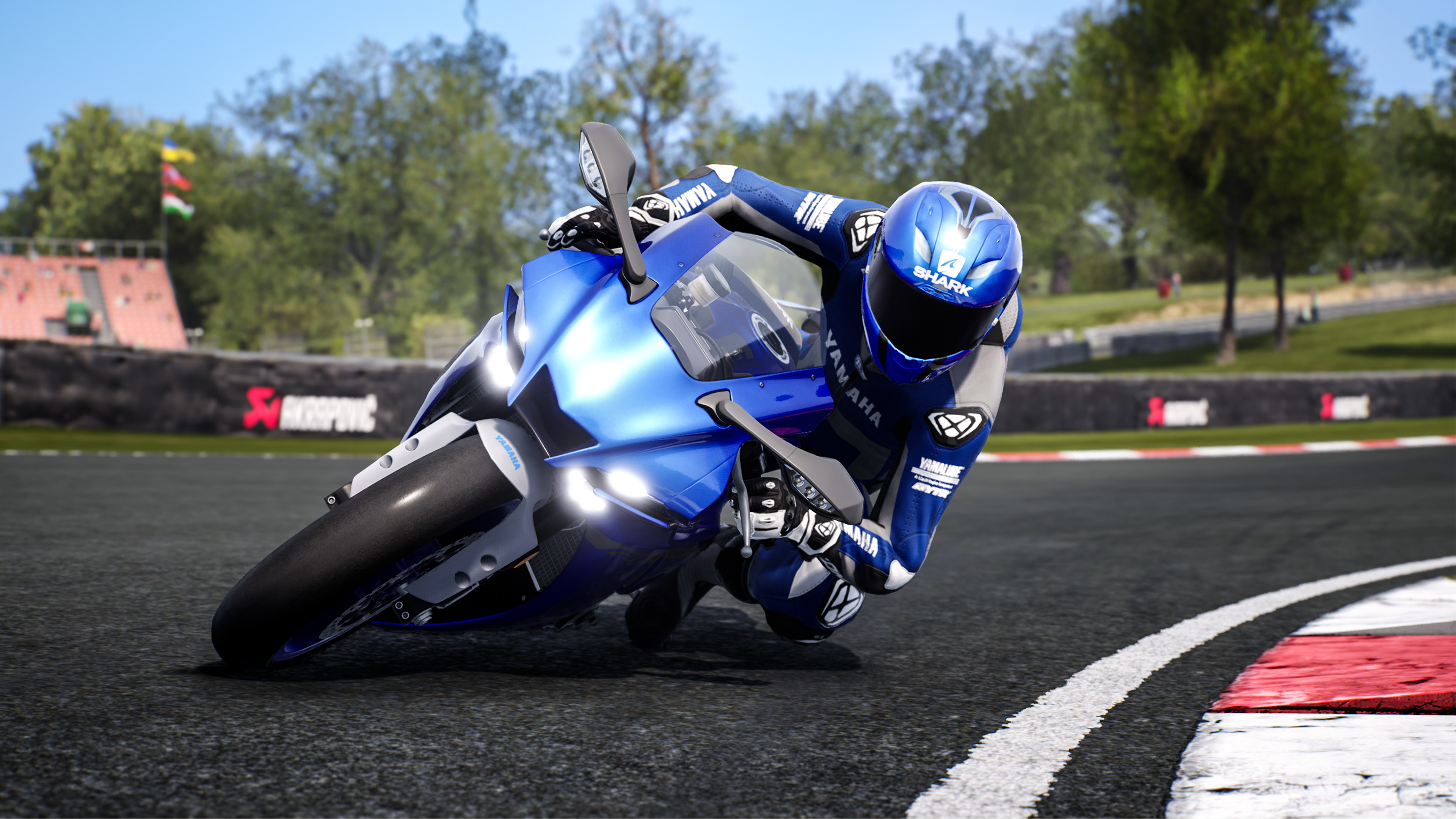 It will take some time to lean smoothly like this. Photo credit: Milestone

It's hard to start

Frustration will probably set in during the first steps of the career as well. Here, you mostly have to compete in Time Trial or Track Test events at first. In Time Trials you need to complete a certain section of a track in a set time while passing multiple gates at a minimum speed. These events are challenging if you don't know the track, but quite fun too.

Track Tests are simple races against the clock over one lap. You have to achieve quite strict lap times without touching the boundaries of the track even the slightest bit. This can become very annoying, as you are not allowed to use the rewind option here. So it becomes a tricky balancing act between playing it safe to stay within the boundaries, while pushing on to beat the required time. This can become frustrating, even for veterans who simply don't know a given track by heart.

Not a perfect Ride, but a step in the right direction

Overall, Ride 4 misses its goal of being the perfect entry for rookies. This happens mostly due to design issues, because technically speaking, Ride 4 is very impressive. The long loading times of Ride 3 have decreased only slightly, but the game looks and sounds great and runs smoothly, even on a standard PS4.

Unfortunately, the AI still lacks consistency and the career mode is rather uncreative. The Time Trials are a game design sin, so hopefully they get reworked in another Ride game or even a patch. Fingers crossed, that this doesn't become common practice. Project Cars 3 had a similar problem when it was released some weeks ago. Beyond that, Ride 4 is a pleasant game for motorbike enthusiasts which captures the elementary fascination surrounding these machines and acts as a contrast to racing series like MotoGP.

Ride 4 is all about a biker's passion. Photo credit: Milestone

Ride 4 will be released on October 8 for PC, Xbox One and PS4. Then hopefully also the dedicated multiplayer servers will fill with players as well. On January 21, Ride 4 will also be released for both next gen consoles.

Will you give Ride 4 a try, or stick to MotoGP? Tell us on Twitter at OverTake_gg!
Did you like this article? Please click thumb up or thumb down.
Tell us more
Tags: review
By clicking on one of those buttons you are leaving OverTake.gg