Previews
The upcoming week is packed with sim racing, including the final of the 2020 Porsche Esports Supercup series.
Photo credit: Porsche

Monza plays host to the final of the latest 2020 Porsche TAG Heuer Esports Supercup season. Defending champion Joshua K Rogers has forced Sebastian Job to a final-event decider after winning the main race in the previous round at Le Mans.

Red Bull Racing Esports Team’s Job holds a healthy 71-point advantage over Rogers, and if he can avoid disaster in either race, he should comfortably take the crown at the Italian Grand Prix venue. Job needs just six points to secure the title. If (or when!) he’s successful, World’s Fastest Gamer finalist Job will scoop the biggest share of the $200,000 prize pool.

Mitchell deJong took his first win of the season last time out at Le Mans and will be hoping to continue his strong end to the season. For the second successive week, he’ll also be competing in the 2020 iRacing Rallycross World Championship later in the day.

You can watch the final round of the Porsche Esports Supercup season on iRacing’s YouTube channel on Saturday from 2 PM BST time.

Shortly after picking up his first win in the Porsche Supercup this year, American rallycross racer Mitchell deJong came away from the opening round of the 2020 iRacing Rallycross World Championship with the points lead. 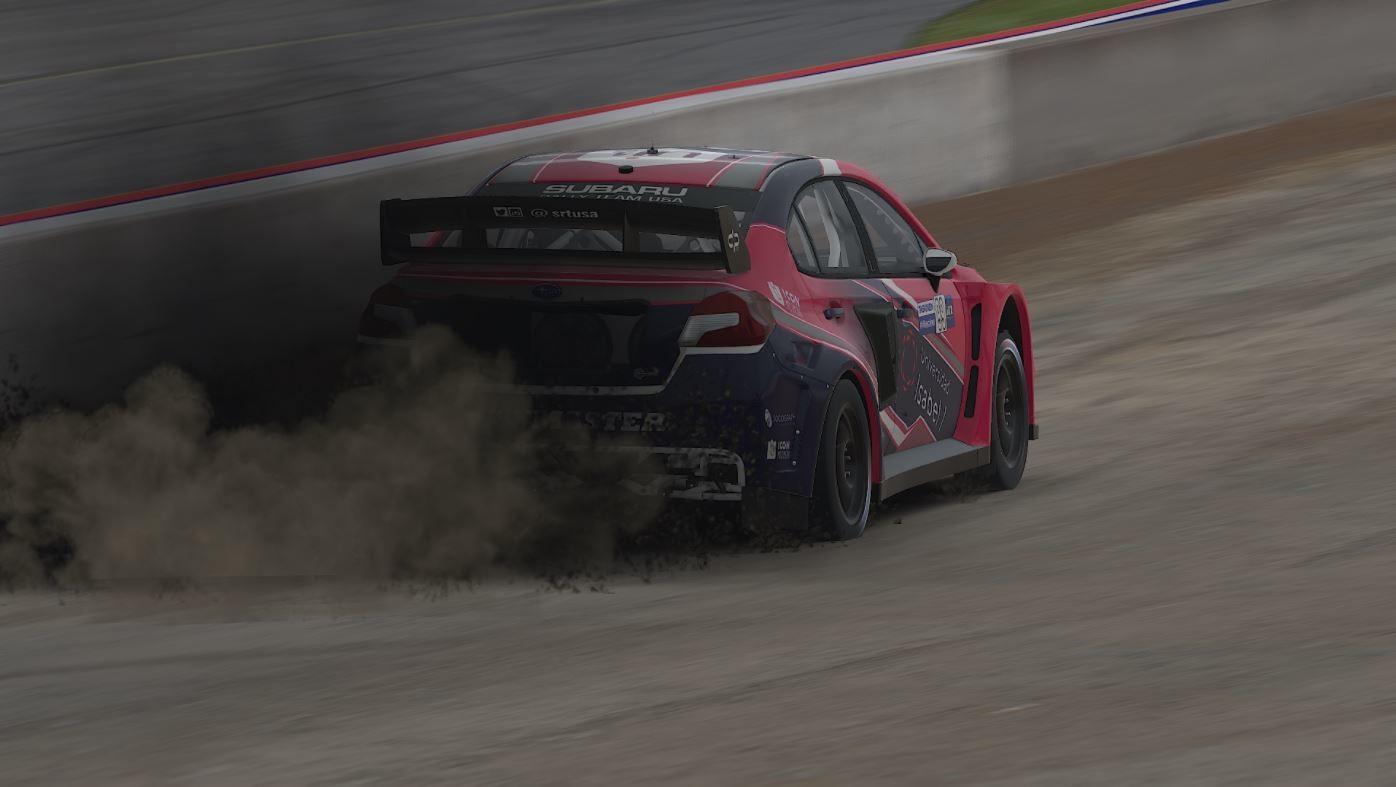 Lamminsivu’s victory has put CR22 Motorsports at the top of the teams’ championship, with Team Yokohama and Subaru Motorsports USA currently rounding out the top three.

Round two takes place at the Daytona International Speedway’s rallycross course and will once again be streamed live on iRacing’s YouTube channel on Saturday from 7 PM BST time.

The first-ever season of the innovative V10 R-League has already entered its second half, with the fifth round of the championship taking place on Monday at Laguna Seca on Assetto Corsa.

The leading two teams, Porsche Redline and Williams Esports, are still separated by just one point. Both Porsche and Williams dropped a point at the previous round at Vallelunga in their head-to-head contests with JAESA Team Suzuki and BMW Motorsport SIM Racing Team respectively.

Williams and Red Bull will face off at Laguna Seca this Monday in a highly-anticipated 1v1. Porsche is competing against YAS Heat, while BMW faces Team Fordzilla – currently last in the teams’ championship and without a win. Racing Point will race against Suzuki. You can watch all of the action on BT Sport 2 or visit BT.com on Monday October 4 at 7 PM BST.

Which of the upcoming events are you most excited about? Tell us on Twitter at @overtake_gg!

Author: Josh Suttill
Tags: preview, iracing
By clicking on one of those buttons you are leaving OverTake.gg