The 2020 eNASCAR Coca-Cola iRacing Series is entering its hot phase this Tuesday. The playoffs are right around the corner and that's why we want to introduce some of the racers who will try to put their name on the trophy. 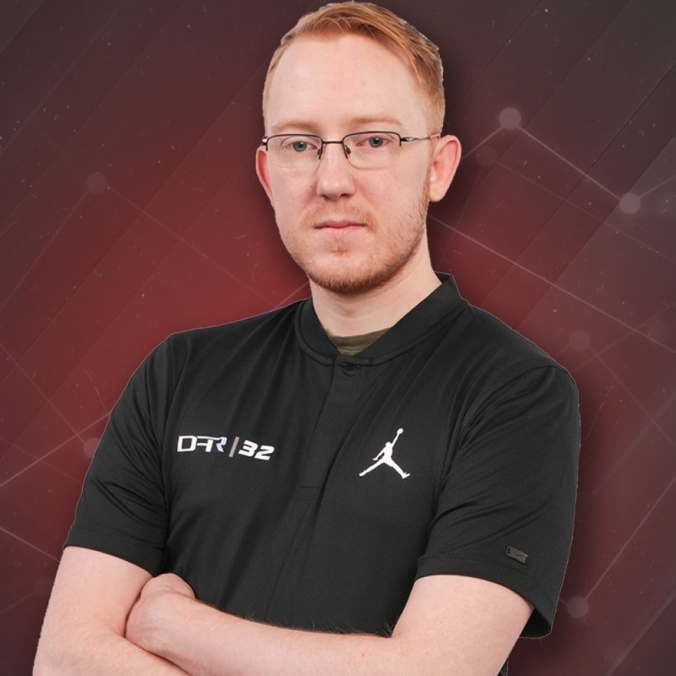 Keegan Leahy's story is remarkable. It is the second time Keegan will take a trip to the playoffs. His run last year took him to the championship decider. Almost everyone classified Keegan as a "be5 ast" or "machine." He truly was destined to succeed and take the trophy.

The race seemed to be in the bag for Leahy. But due to unfortunate circumstances, like a couple of cautions, Keegan was shuffled back. But giving up was never an option for him. In the end, it all came down to a last-lap battle with Zack Novak for Leahy.

He outlasts G2 Esports' @KeeganLeahy on the final lap to earn his first career title. pic.twitter.com/ndJ4uFsMDq

When we spoke to Keegan about that race, he said: "Honestly, I think I did everything right in that last race, and it just didn't work (...). I lead as many laps as I could. We had the best setup by far, I think. But that's how it goes sometimes." 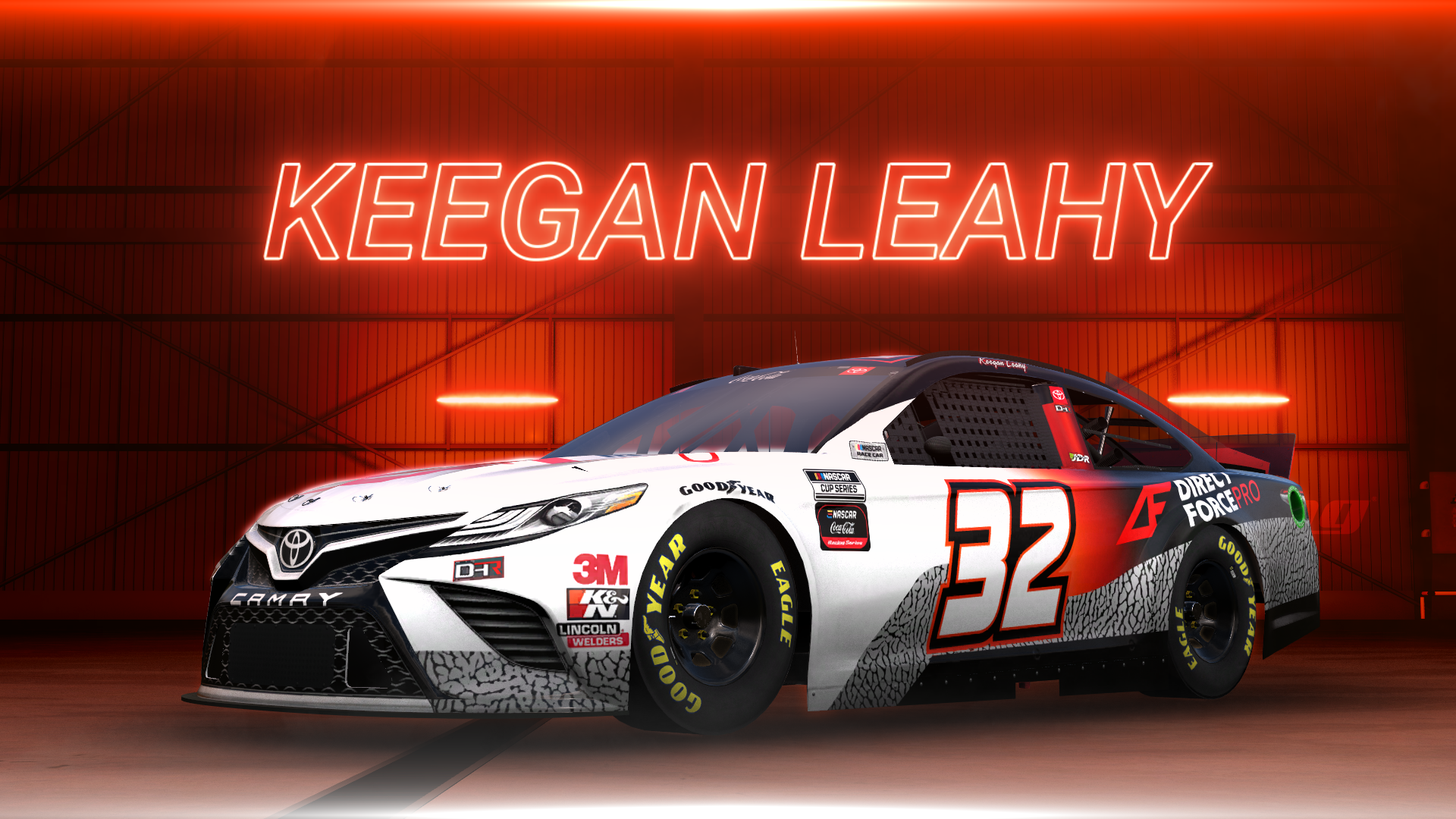 Many said there was the opportunity for Leahy to do what is called a 'bump and run', a technique where you slightly touch the bumper of the car in front of you. It causes a slight disturbance of the rear tires and a minor loss of pace for the leading car. While not considered illegal, it is a controversial maneuver. Leahy chose to stay clean:

Whenever you touch somebody (in iRacing, editor's note), it's kind of likely to end up in a crash. (T)hey use physics equations to get everything as close to reality as possible. The downside is that the internet doesn't allow for very precise measurements of your speed, and sometimes that code gets it wrong. That's why I didn't hit Zack, its 'cause I didn't want to crash him.

But Keegan didn't take anything away from last year's champion: "I left him absolutely no room, and when I got on throttle, I wasn't letting off throttle right. He worked with what space he had, and he didn't make a mistake. So, in my opinion, he deserved that one."

If karma exists, Keegan will have a truckload coming into this playoff run. Entering the first round of the playoffs, he is very optimistic we are going to see the best version of him: "I also am pretty strong at road courses, especially when I put a lot of time in. I'm feeling very confident about this first race, and I think as long as I get a decent qualifying lap in and start up front, I can finish there. I might even win the Roval. We'll see."

It is hard not to call Keegan a favorite at this point. The next weeks will show us if this is his year.

Ray Alfalla – A legend looking to do it again 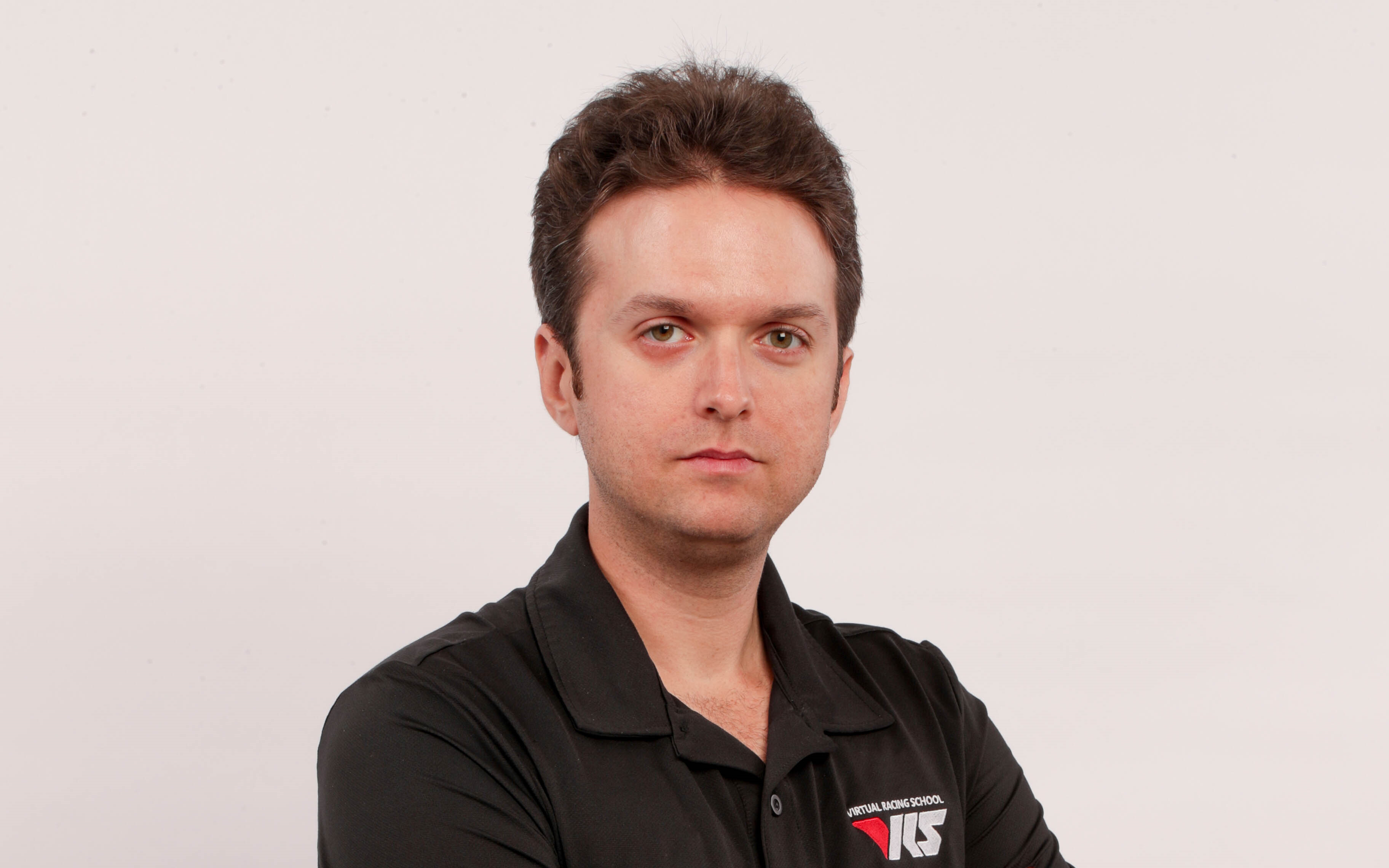 We have talked to Ray Alfalla an extensive amount, and he is someone you can only respect. He is not the quitting-type, but quite the opposite. Even after winning the eNASCAR series four times, he is still hungry for a fifth title. Ray is the legend of the eNASCAR iRacing scene, and it shows.

Last year was a dark year for him. After a horrible season full of unfortunate circumstances, he was relegated to the qualification series of the main eNASCAR iRacing series. He didn't simply win that to get back to the winning ways. He dominated.

2019 eNASCAR iRacing Pro Series Champion! Thanks to @realVRS and @TeamSlipAngle, couldn't have done it without them. Bring on the 2020 World Championship! pic.twitter.com/0QemabrTJM

But Ray didn't stop there and was right back on the throttle. It's this attitude that led him to yet another playoff run this year. That didn't come without obstacles, however. Ray's start to the season looked dire once again. But his perseverance and a seemingly much quicker car made this run possible once more.

We talkin bout PLAYOFFS! It’s been an up and down season, but we’re racing for title #5. Up next, Roval! #eNASCAR pic.twitter.com/ZVQkVsH9WC

It speaks volumes about his character that he is still as excited as day one to be part of the playoffs: "Man, that would be incredible. I'm so excited to be in contention this year, especially compared to last year. To win it all would be huge!" If one thing is for sure, you can't buy experience, especially if Ray can make the final at Homestead – a home race for the legend. "Miami is one of my favorites, so if we make the Championship 4, look out," predicts the 31-year-old. 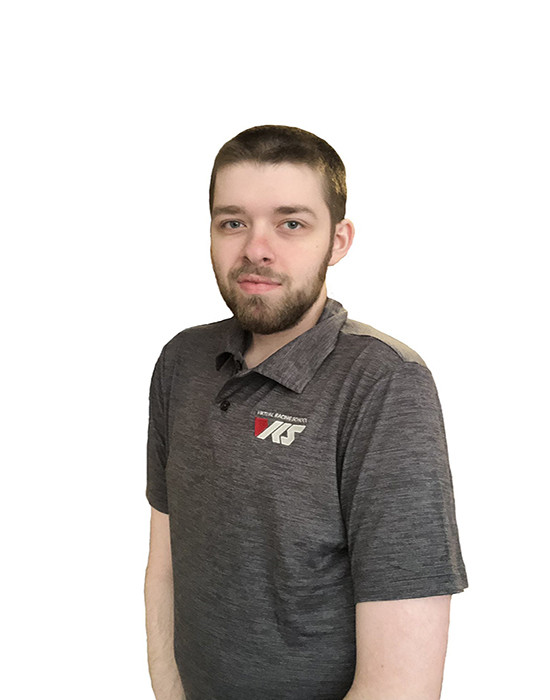 The ever-consistent Bobby Zalenski is looking to make this the year he finally lifts the trophy. While being a respected member of the road course community on iRacing, it has been the eNASCAR series where Bobby made a name for himself. Over three seasons, he didn't miss the top eight once.

This year he has won two races and ended the regular season slightly behind Keegan Leahy. It is hard not to imagine a world where Bobby eventually ends up winning the championship, especially now that the playoffs feature a road course. Undoubtedly one of his strong suits.

To give some perspective: As of today, the young American has won every road course he has ever raced on in the eNASCAR series.

We got the job done again! Just super thankful to be on such a great team in @realVRS @CoandaSimsport. Could not do it without them. Amazing to win the first race on this NASCAR road course at @DISupdates! Let's keep this momentum ROLLIN @iRacing #eNASCAR pic.twitter.com/ce0A1PYxhA

Even though that fact should make Bobby somewhat comfortable, he himself is annoyed by it: "I'm not blind. I know I have a target on my back. It's kind of annoying. Most people are like 'Oh, you're going to win and all this stuff'. They don't see how much effort I gotta put in. They just see my record."

An understandable perspective. At this point, it almost feels like Bobby is destined to win the first round. To most, it seems that the victory is going to beeffortless, but the amount of effort the Roval King puts in practicing remains unseen. This Tuesday, Bobby will show the world once again what he is made of. 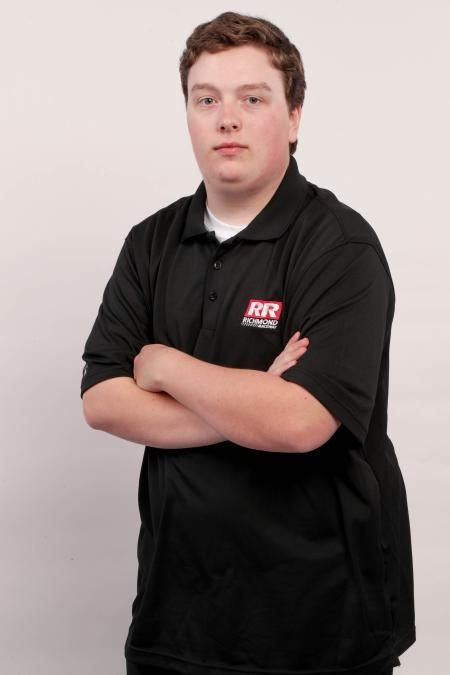 Truly one of the nicest people in the scene, Jimmy Mullis is looking to top off an unbelievable season by conquering the playoffs. Mullis started the season as a 2019 playoff contender. Yet the first races made it look like it would be a long season for the young American. After a few top-ten finishes, bad luck made Mullis drop down the order rapidly.

"I had a bunch of bad weeks again, and you know when you have bad weeks in the series that really hurts you. And so, I was fighting from down under. I was 29 points out, with two races left," explains the 19-year-old. The situation stabilized, and with that, the potential for a playoff run was once again available. A much-needed win in the penultimate round at Las Vegas propelled Jimmy into a fighting position.

WE SHOWED UP WITH ONE GOAL AND WE ACHIEVED THAT GOAL! Winner at @LVMotorSpeedway in the @eNASCARCocaCola @iRacing Series tonight! Incredible car all thanks to @CVincent34, @Christian_C37, and T Hurst. We head to Dega 15 below the cut, goin for it all.@RReSports x @SunocoRacing pic.twitter.com/uyppg56lBP

The last race at Talledega was a special one. While Jimmy thought he would race Ray Alfalla for a playoff spot, unfortunate circumstances for Logan Clampitt opened the door for Mullis. He finished fifth with most laps led and got in.

A championship win for Jimmy, especially after this season, would make it unforgettable for him and everyone else. "It would mean everything. To be completely honest, for me, it's not as much about the money as it is about accomplishing that goal," the young prodigy tells us. What a miracle run that would be. 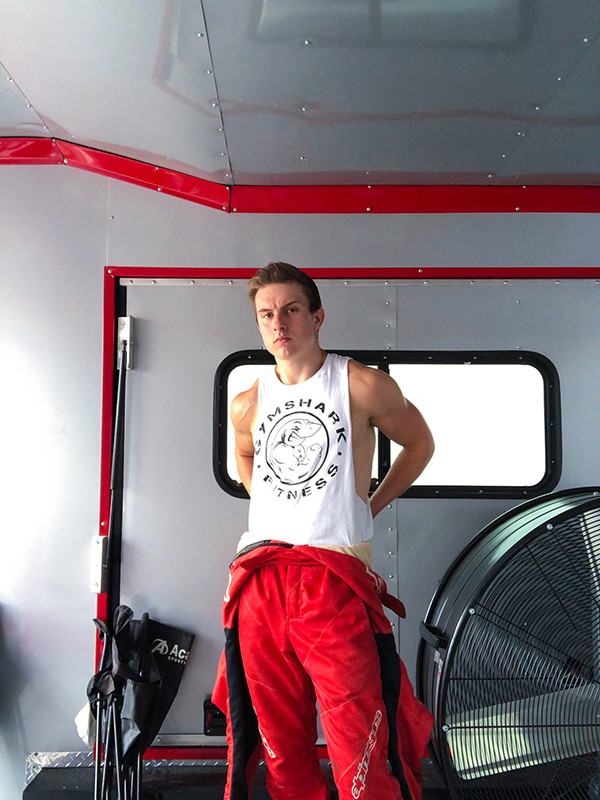 Besides Ray Alfalla, Ryan Michael Luza is probably the most accomplished eNASCAR driver in the series. While still being young, Ryan has not only never missed the playoffs, but even won the whole thing in his rookie season.

He has consistently been one of the top drivers in the scene and looks to end a remarkable season on a high. Beside Keegan Leahy, the champion from 2017 and 2018 has the most wins in this regular season. He managed to go on a streak of three from race three to five.

CHECKERED FLAG: Make it three wins in a row for @RyanLuza in 2020!

Going into the latter stages of the season, Ryan struggled to find consistency, with crashes in consecutive races adding to the misery. Luckily for Ryan, he is still a fantastic driver and managed to make the playoffs regardless. However, he remained honest about this season: "It was disappointing for me. To get that three in a row and then kind of fall off towards the end. It was a successful year up to this point, but still I don't feel completely happy."

Despite the circumstances, Ryan was fighting for a playoff spot coming into the last round. He defines his goal as follows: "So after I got caught up in wrecks a bunch of times, it made it very stressful for the last race at Talledega. One of my main goals every year is to be locked into playoffs for the last race."

Chance at $100k on the line tonight. Have to finish 24th or better to lock in with a worst case scenario of @jmullisracing winning. Extremely stressed out for tonight but as long as we keep the car clean and don’t get caught up in a wreck we are pretty much in. Fingers crossed. pic.twitter.com/wsxdU9jj2m

Nevertheless, Ryan Luza is about to compete for the top of the eNASCAR mountain. With as much talent as he brings to the table, it is hard to imagine him not performing amazingly as always.

If you want to stay up to date with the upcoming eNASCAR playoffs' storylines follow us at @overtake_gg!
Tags: iracing, enascar, playoffs
By clicking on one of those buttons you are leaving OverTake.gg