Portrait
Reading time: 4 minutes
The youngest karting champion and lifelong racer is looking to revive his dream of being on track.
Photo Credit: Williams Esports

Young Ryan Michael Luza is behind the wheel for the first time. It's not a real car yet, but the PlayStation sure as hell makes it feel like one. Ryan's fingers grip intensively as the car takes a turn. His eyes are locked on the screen. He’s hypnotized.

"He won't beat me, no chance," his dad thinks to himself. He stands beside him, explaining anything that is unclear. He was the one who sat Ryan down to play, and now he seems stunned as his son takes the final corner to the start and finish line. The weirdly shaped car crosses the line as the PlayStation 2 is howling.

"Was that good?" Ryan asks as he looks at his confused father. At nearly three, Ryan isn't used to seeing his dad speechless. "What's wrong?" Ryan asks him as he turns around on his chair. "Nothing," his father answers as he begins to smile. "Wanna go again?"

This scene goes through Ryan's head over and over, as he is sitting at his desk, looking through the e-mails and invoices he received from the racing series he participated in.

"It's getting out of hand," he thinks to himself. Unsustainable is the word he is looking for. The wall behind him shows multiple awards — tons of them. "National karting champion" one reads, "Pro Late Model championship" says another. There are about 30 of them. 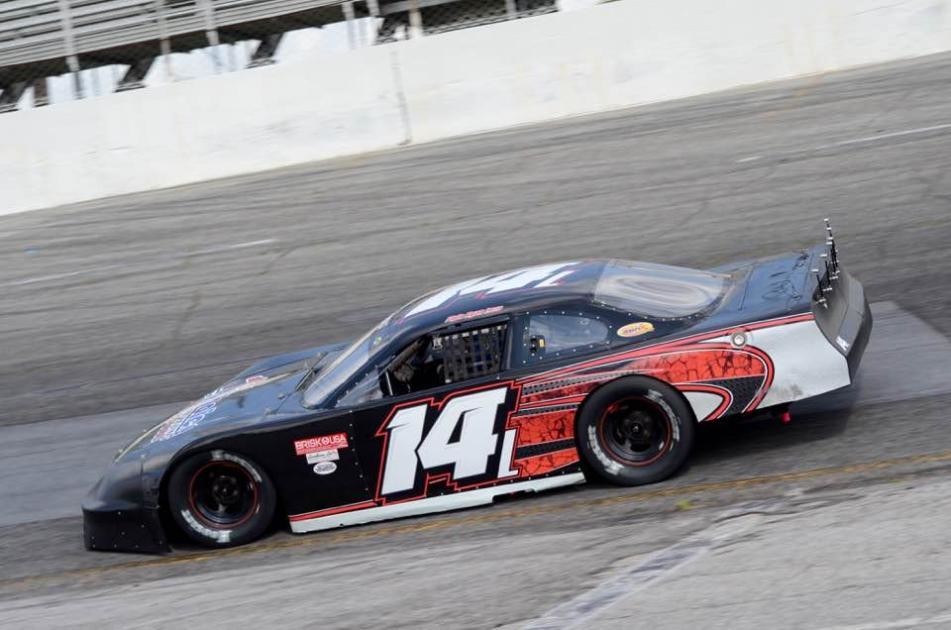 At this point, Ryan Luza is the youngest IKF (Internation Karting Federation) champion in history at seven years of age. He has raced as much as a young American driver can race. But the next step seems to be too far away. Unattainable.

"We are out of money," he realizes. While saying that he is not actually broke. Rather it is the fact, that a single race in the next class would cost Ryan multiple tenths of thousands of dollars. Sponsors are few and far between, which makes money hard to obtain. Unless there is a miracle in the form of a golden lottery ticket, this might be the end of the line for his racing career.

Unbelievable. He won so much and so regularly. NASCAR seemed like a matter of ‘when’ and not ‘if’. But today's sports world does not work like it does in the movies. It's not the kid with the most talent that races a Ferrari before he knows it. That only works if your checks cover that. Frustrating.

Ryan remembers his PC and how he played iRacing from time to time. Nothing like being in a real car, of course. But it evokes that feeling of being on his dad's PlayStation and doing laps. "Maybe it's worth a try."

A step away from Glory

Ryan Luza has since participated in four seasons of the 2020 eNASCAR Coca-Cola iRacing Series. Not only has he always made the playoffs, but he also won the eNASCAR series in his rookie year. Something nobody had done before or has since.

"That has to be my biggest achievement. I wasn't really a rookie because lots of people knew me already. But still, I was eager to compete, and it only fueled me more".

Ryan is a very competitive person, and his love for racing keeps his desire to get better alive. Even after achieving what many others never will in his very first year in the series.

Others in the eNASCAR scene attest him to be "insanely talented". Talking to Ryan is refreshing because you can only appreciate his drive to be a better racer. "As long as I can compete, I want to race here. That's why this year was so important to me. Staying at the top is much harder than getting there once."

Ryan seems only a step away from receiving the glory he seeks. Even the $100,000 prize money would not get him into a real-life NASCAR series, but Ryan hopes that the series might become recognized as an incubator for talent with time.

Each race bears the hope to one day be back on track where he belongs. To achieve that, Ryan might have to get a few more championships under his belt. So, this year is a good place to start. Just like Ryan is trying with his recent playoff races.

Ryan is locked and loaded to repeat what he did so many times – to show everyone that he is born to race. One can only imagine what the scenery of his championship victory of this year's eNASCAR Series would look like.

"The Number 53 is closing in. Williams Esports' own Ryan Luza is going to do it! He is the 2020 eNASCAR Coca Cola iRacing Series champion and takes home $100,000. Incredible effort from him here today at Homestead. Well-deserved for the man in white," says Evan Posocco, the caster of the eNASCAR series. It has to sink in for him, as Ryan looks down on the messages popping up. You never "get used" to winning, which is a good thing. "Congratz" and "You've done it" messages are showing up on his phone, and he thinks to himself, "Was that good, dad?"

What do you think is Ryan's chance of winning the 2020 eNASCAR Coca-Cola iRacing Series? Tell us on Twitter at @OverTake_gg.
Did you like this article? Please click thumb up or thumb down.
Tell us more
Tags: enascar, iracing, portrait
By clicking on one of those buttons you are leaving OverTake.gg