Sideways over the finish line: drifting in esports

Sim racing is a pretty straightforward esport – quite literally, even. But things change remarkably in the sub-communities of the scene: drifting has come forth as a unique esports discipline, altering the ever-unchanging course of race cars and – again quite literally – turning them sideways. We invited two representatives of the drifting scene to show you the wondrous world of squealing tires and spectacular turns.

Content creator Kame Trick has been hooked on racing games ever since the late Atari and NES days. After that, home console titles like Pole Position (1983), Out Run (1986) and Super Off Road (1989) have kept him in the scene. Drifting, however, has only come to him through real-life practice in his 1991 Nissan 240SX. By now, he has moved mostly to in-game drifting action in Assetto Corsa and entertains about 17,300 subscribers on YouTube with drift challenges, streams and occassional game reviews. 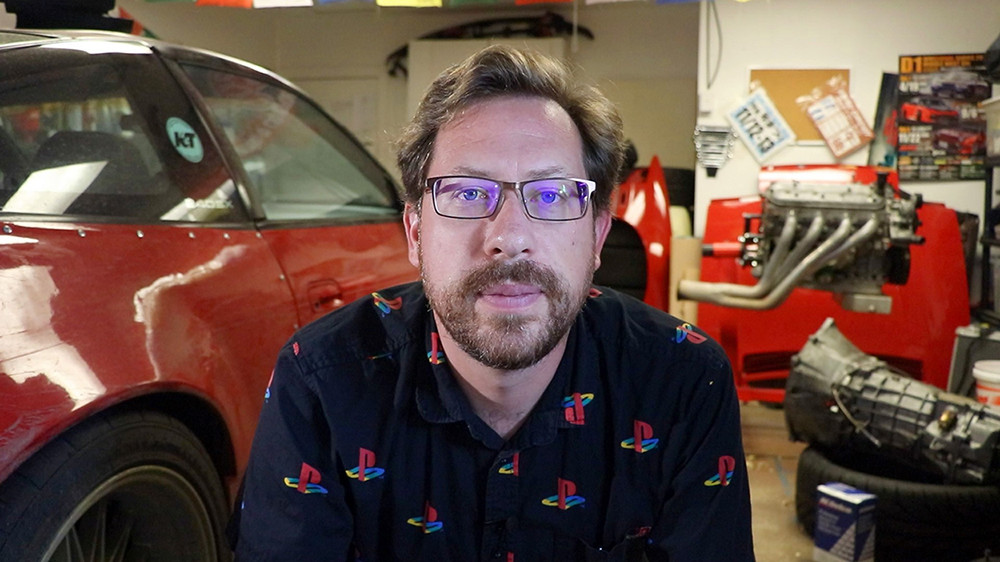 Polish content creator Shifter is our second drifting connoisseur. The 17-year-old has been dragged into the esports racing scene by titles such as Gran Turismo 4 or the Forza franchise. Drifting challenges quickly began to excite him more than the regular grip races and movies like The Fast and the Furious: Tokyo Drift also did their part to bring Shifter to the scene. Today, his channel boasts about 20,300 subscribers who regularly watch his drifting challenges in Assetto Corsa, BeamNG.drive and other titles.

A unique spectacle on the track

Drifting is a marvelous thing to watch: deliberately turning the car sideways, the driver still remains in absolute control, creating the ultimate stunt. Squealing tires, billowing smoke and the smell of rubber are just the icing on the cake in this dramatic scene. It is not a big surprise that a lot of the fascination the drifting and sim drifting communities originates in the spectacular nature of the stunt. Shifter describes it pretty accurately:


Compared with regular grip racing, one could think that drifting is not only a lot more spectacular to watch, but also an entirely different approach to the motorsports. Kame Trick, however, helps to see the common points in both categories and sheds light on the peculiarities of drifting.

I enjoy both drifting and grip racing, and feel people sometimes get hung up on taking sides because of the differences between the motorsports, but at the end of the day we all love precision driving at the ragged edge of control, in tuned machines. [...] One unique point about drifting is that it's arguably more dynamic for spectators: in a normal race you can watch many laps that are fast, but feel rather "business as usual", but in drifting each corner is maximum excitement and intensity. It's also very "clippable" and sharable for the same reason.

While still growing, the community of dedicated drifters and drifting-enthusiasts is still not the most eye-catching one in the esports racing scene. According to Kame Trick, the real-life drifting community can be described as "a small but tight-knit group of drivers and fans" with a very pleasant social climate. On the other side, the online community sometimes struggles to find mediums for their passion. According to Kame Trick, a lot of the members have to put in their own work to keep the scene growing:

The sim drifting community is well-served by arcade titles, but those who crave a true drifting simulation are a small and scrappy bunch: we don't get much love from game developers, and the opportunities we do have to enjoy sim drifting exist on the shoulders of a modding community bringing proper drifting assets into titles like Assetto Corsa and Live For Speed. I have so much respect and appreciation for the drift mod community that continues to push the limits and release content for these titles every few months.

Shifter clearly agrees on his fellow creator's point. The appreciation for the modding community seems to stretch through most parts of the virtual drifting scene, as these people enable the options that attract most of the new members of the community. "I mean, you can drift on huge amounts of maps with a wide choice of cars, for example you can visit legendary places like Ebisu Circuits or even Akina Touge from InitialD," Shifter clarifies.

Unlike most members and other content creators of the sim drifting community, Kame Trick actually began drifting in real-life instead of the virtual world. With more than 15 years of racing and drifting experience, he ventured into the world of virtual drifting in 2003. With that in his repertoire, he can provide valuable insights into the most important differences between real-life and in-game drifting:

Drift in real life feels a little different than you'd expect from playing it in the simulator: the g-forces are much stronger than most sim drifters expect and can be distracting at first, but really it's the ultimate FFB (force-feedback) and makes it so much easier to drive once you learn how to sense total vehicle traction through the chassis (feedback from the steering wheel for front tires, vibrations in the seat for rear tires). The biggest challenge is honestly cost, and keeping the car going.

Synthwave and chill at the KameTrick Drift Bash! Live every Friday from 9pm-12am CT on YouTube and Twitch (usually half on YT, half on Twitch) 🤙🏻 #drifting #AssettoCorsa pic.twitter.com/VTxWl7k7JL

Not having a driving license yet, Shifter, for his part, only has virtual drifting experience so far. However, he is still able to point out one of the most crucial differences between both versions of the discipline: "Without trying real drifting I can say, the biggest challenge compared to sim drifting is that you can't just restart the car after crashing it." As it goes with activities that require a lot of practice to balance out the involved forces, drifting can be quite dangerous if one takes it on too fast. Not being able to just press a reset button to undo a crash or maybe even an injury is obviously a huge difference between real-life and in-game drifting. This also adds up on the aforementioned cost front, or as Kame Trick puts it:

Sim drifters enjoy giving wall and door taps to one another, but one of those gone wrong could end your track day and cause costly repairs, or even total out the car in real life.

By contrast, virtual drifting can hardly do any real harm and allows for countless trial-and-error experiences. So go and try your hand at it – gear up and get ready for some stunts on the racing track!


Have you tried your luck at drifting yet – in real-life or virtually? Tell us on Twitter at @OverTake_gg!
Did you like this article? Please click thumb up or thumb down.
Tell us more
Tags: assetto corsa, forza, competitive, esports, gran turismo
By clicking on one of those buttons you are leaving OverTake.gg