Need for Speed: Hot Pursuit gets a remaster. Is it worth its price?
Photo Credit: OverTake

When Criterion Games took over the Need for Speed series in 2010, they created one of the highest rated games of the series, named Need for Speed: Hot Pursuit. With the brand mostly connected to tuning and underground racing at that time, Criterion made a u-turn back to the original feeling of the old days. Only ten years later, EA is publishing a remaster as a farewell to the current gen consoles. Watch our video below to check, if you need it.

Need for Speed: Hot Pursuit is more down to earth and over the top than any other NfS game at the same time. No story about edgy racing kids, no forced open world. In Seacrest County, you can enter racing events via a simple icon on the map and enter immediately. You can play as a typical street racer and try to make it over the finish line first, or be an officer and bust criminals. Both careers progress seperately by choosing the respective events. As a reward for your results, you get bounty (racer's campaign) or reputation to unlock new vehicles, ranks and gadgets. 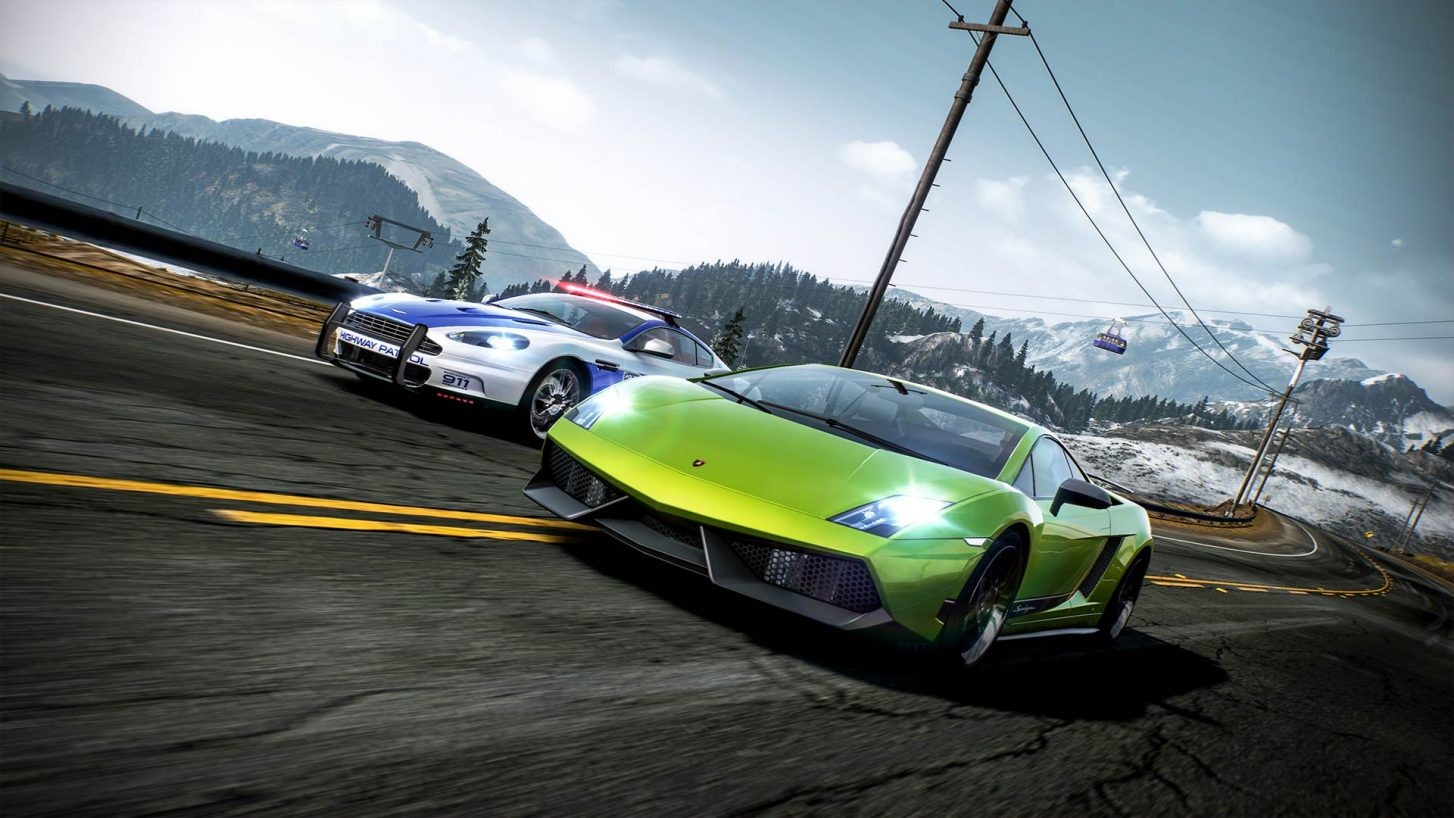 The carpool still contains many fan favourites from road cars to supersports vehicles. On both sides of course. Photo credit: Need for Speed

War on the road

Yes, in NfS: Hot Pursuit your possibilities go beyond your average nitro boost. Spike strips, EMP shots or road blocks are only a few of the weapons to use against your opponents. Thus, the action is pretty maniacal and you can feel Criterion's roots with the Burnout series. In online multiplayer matches with four people playing as street racers and another four cops, this evolves into a fun racer feeling. Every gadget is unlocked from the start in mutiplayer races. The bounty/reputation earned online also counts for your career. Sweet! 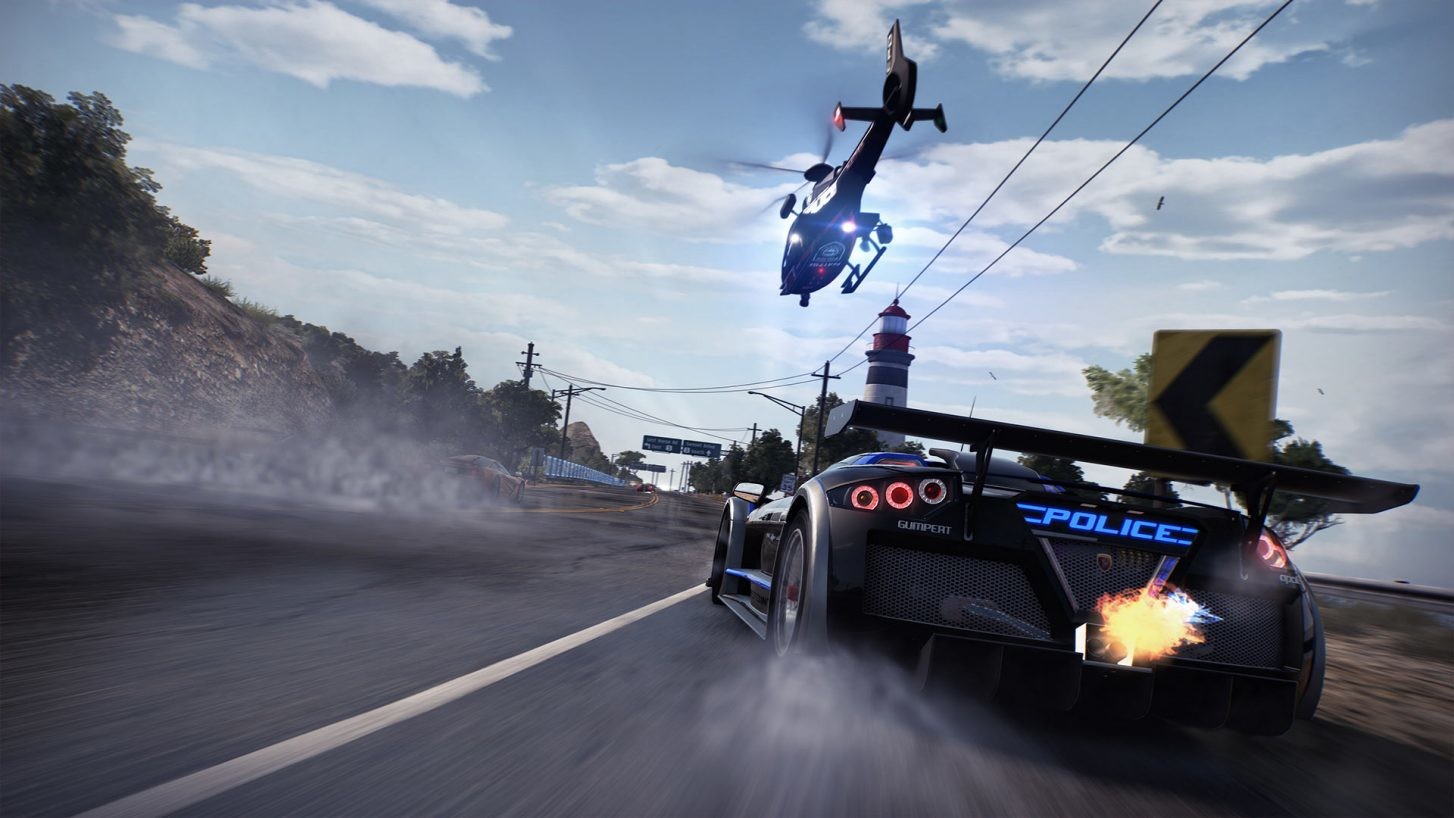 Officer! I got robbed!

The original NfS: Hot Pursuit was a great game and that hasn't changed. The most important question is: is the remaster necessary? Clearly not. The original already looked pretty nice and even though developer Stellar Entertainment polished some textures and 3D models, they didn't put too much effort into the graphics. The game aged quite well, but despite constant 60fps, you can't help but notice it's ten years old. It's a remaster, not a remake.

Beyond that, no content has been added. EA still charges €40 on PS4, Xbox One and Switch, the PC version still costs €30. This feels a little bit like robbery, as the original game was clearly not much worse. Sadly, EA doesn't offer the original anymore, so you are forced to buy the remaster from now on.

What do you think about NfS: Hot Pursuit Remastered and remasters in general? Are they only cash cows? Tell us on Twitter at @OverTake_gg!
Did you like this article? Please click thumb up or thumb down.
Tell us more
By clicking on one of those buttons you are leaving OverTake.gg

Comments will be available soon. Thank you for your patience and be sure to check back in with us!
Report a bug