Three Trackmania tricks that give you an edge

Trackmania is flashy and fun. Many of us have indeed had a go at one of the game’s various tracks. But many important tips and tricks are left unseen to the casual eye. Here, we will tackle some of the essential techniques that you might have not known. 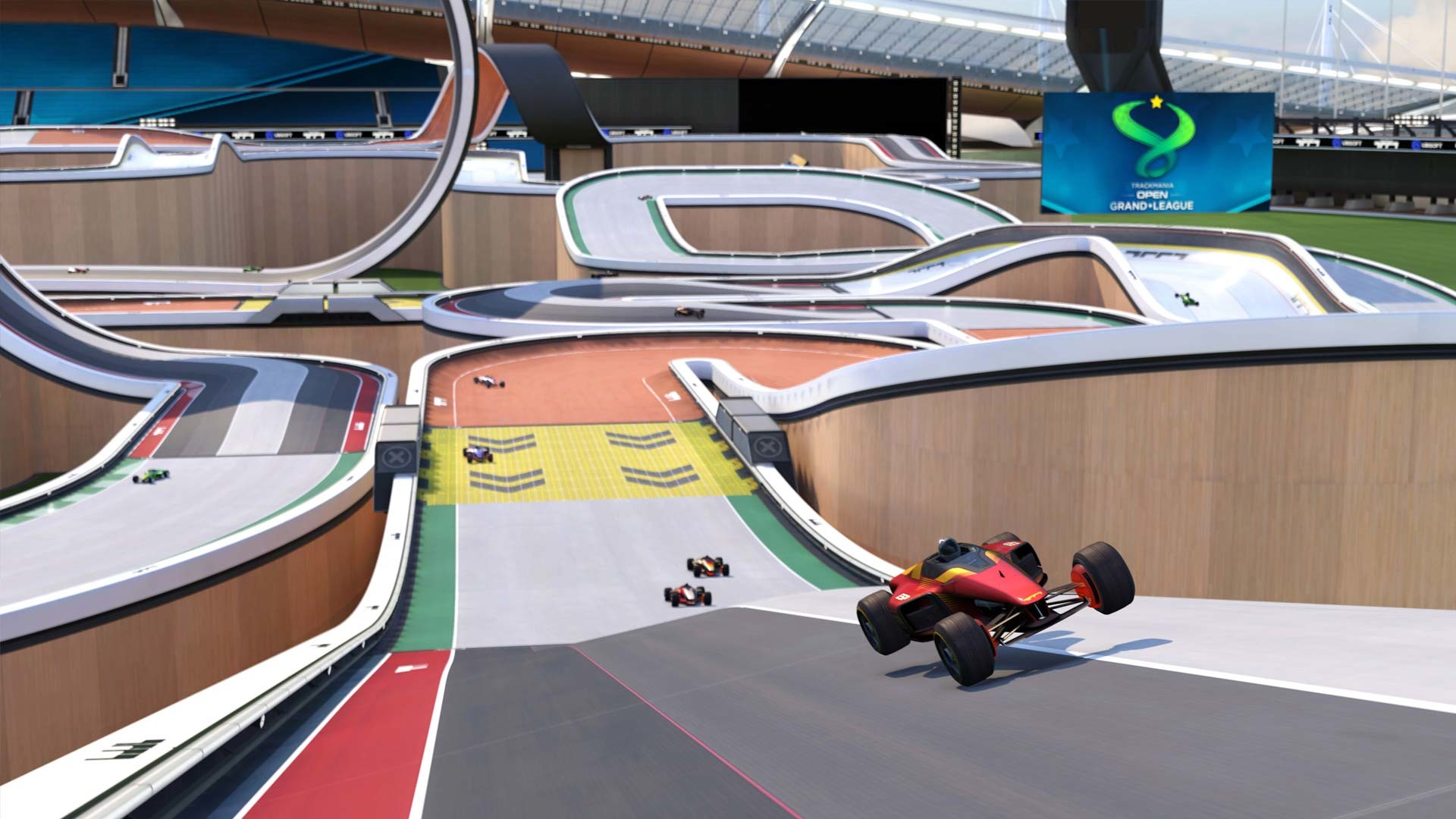 Being a master of rotation can give you that extra bit of speed. Photo Credit: Trackmania

Whenever you take a bump, turn, or especially a jump, the car in Trackmania rotates, either vertically or horizontally. This rotation is controllable and will save you plenty of time once done right.

The most common technique is called airbraking. In theory, it is easy. Once you hit a jump, you can control the brake as well. There is no need to step off the gas because a simple touch of the brakes will stop the car from rotating. This is important to be more precise in your jumping. The tricky part is to hit the brakes at the ideal point in time. If you do it too early, you might not be in jump motion, and therefore you will lose plenty of time. If airbraking is done too late, the rotation could ruin your jump. It is a matter of feeling and mostly practice.

As airbraking controls vertical rotation, the technique that controls horizontal rotation is called countersteer. As you may have guessed, the function of the countersteer is in the name. If you take a turn or jump sideways, airbraking alone often is not enough to keep the car stable. To achieve that, you should carefully steer against the direction you are flying in. So a right jump will require a left turn and vice versa. With enough practice, a controlled rotation will secure you several seconds per lap on each map. 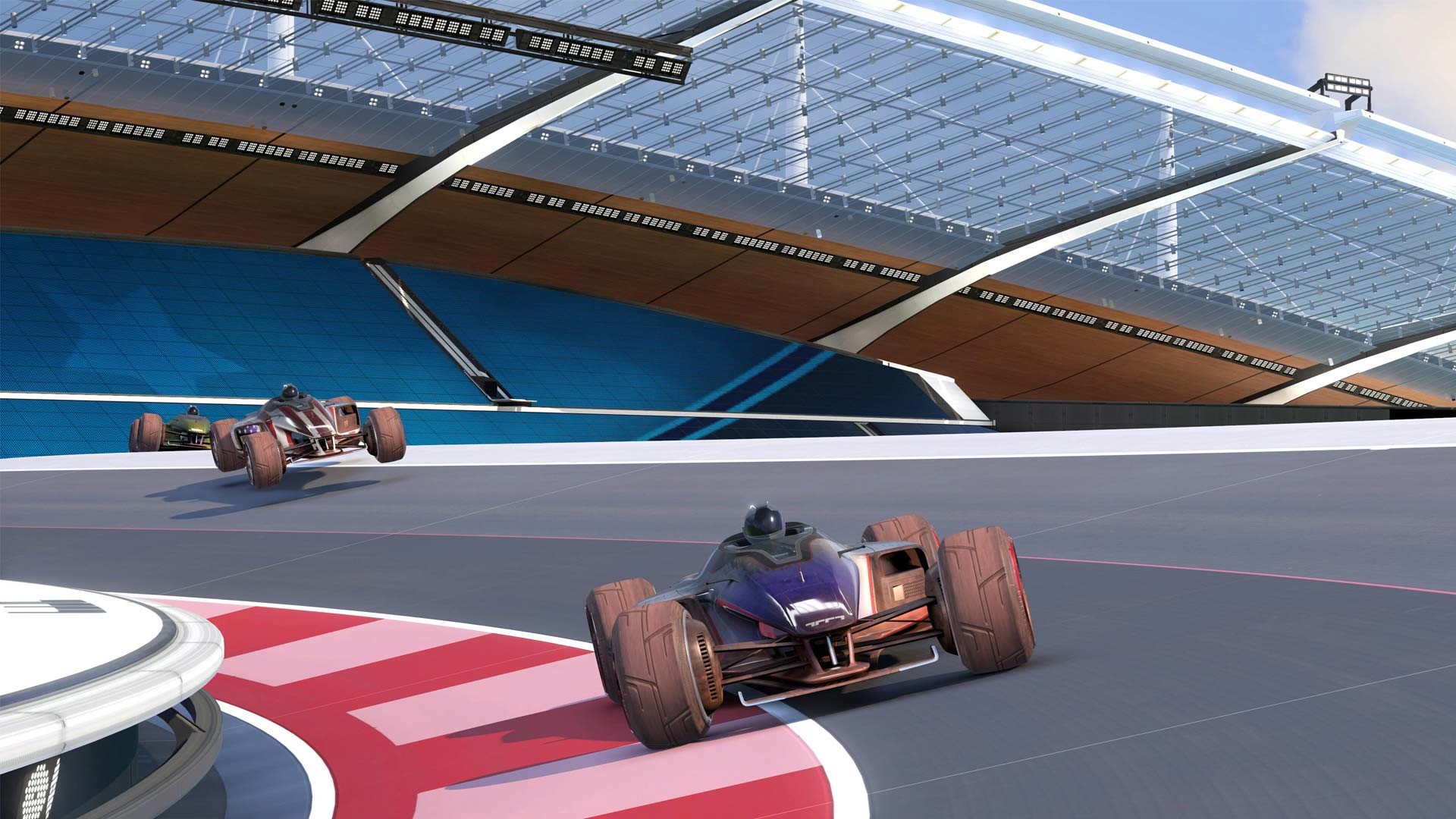 An old buddy from numerous other racing games is greeting us again. Like we have previously covered, drifting is an integral part of a lot of racing games. It also exists in Trackmania and is often the ideal thing to take a corner in record time. In order to drift, there are two critical phases you should consider when going for it. First is the entry phase. It requires you to be at around 180 in speed to initiate a drift. If you are fast enough, you can start to turn in once you arrive near the corner.

The second phase is the actual drift phase. To initiate it, you will have to tap the brake as you turn into the corner. This will force the car to begin drifting. The exit of the turn is crucial as well. After you have applied the brake, you will need to find a good point of release to position yourself perfectly for the following passage.

Learning how to master the drift will take a heap of time. A helpful trick you can apply is to assign the brake to something other than your downwards arrow key. Something like “Ctr” or “Shift” on the left side is advised. That way, it is easier to manage your driving hand, and it helps with airbraking as well.

It is essential to know that drifting only works on tarmac. Ice, grass, and dirt do not allow for good drifting. 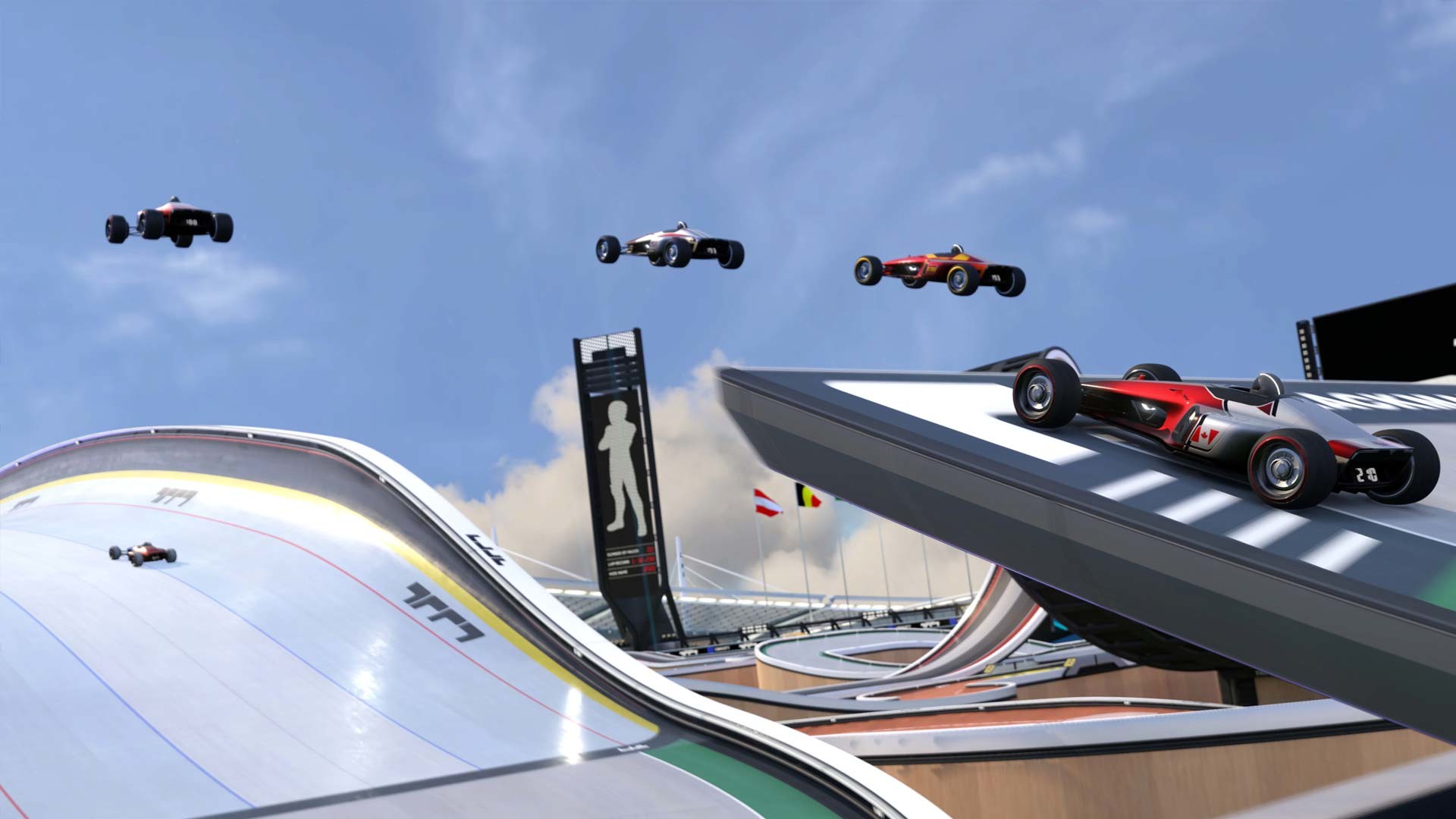 With this method you know how to take every jump. Photo Credit: Trackmania

As the Trackmania YouTuber Wirtual once said: "time you spend in the air is time you are not spending accelerating on the ground." That nails the problem. A general rule of thumb in Trackmania is that jumping loses you time. Except in situations where you must jump as far as possible, maintaining ground contact will result in much quicker times.

A prevalent method is to drive diagonally downhill. Normally if you go straight down a passage, there is always at least a small jump involved along the way. Taking that jump out of the equation will save you time.

What also helps is an early release of the throttle when jumping over a crest or taking a ramp. That way, your car hits the ground earlier, which means airtime is further reduced. This trick is relatively straightforward. All you need to learn is how to use it efficiently. A newer player will tend to underestimate the speed difference reduced airtime gives to the racer.

With the effective implementation of these tactics, you will gain lots of time in your Trackmania sessions.


Which amazing Trackmania tricks do you know? Tell us on Twitter at @overtake_gg!
Did you like this article? Please click thumb up or thumb down.
Tell us more
Tags: trackmania, tutorial
By clicking on one of those buttons you are leaving OverTake.gg