The entire gaming world is thrilled for the release of the new consoles Xbox Series X and PlayStation 5. But what does the esports racing scene think about the next generation of gaming? Five personalities from the scene shared their opinions with OverTake.

We asked them which console they favor and why. What impact do they think is the new hardware going to have on esports racing? And which game do they especially look forward to? The answers were interestingly diverse. 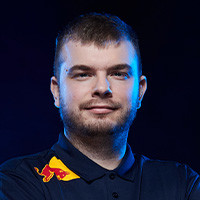 Photo credit: Red Bull
I am excited about both consoles. I grew up with console gaming starting with the PS1, so I always have been a fan. The thing I am looking forward to the most is the new PlayStation controller because it might extent gaming as we know it. From the reviews it looks like it adds a depth we haven’t seen yet with the haptic feedback. Also, I’m glad we are finally having SSDs in these consoles. Xbox has been working on very consumer-friendly features recently. Especially being able to play almost any game with Game Pass can be a surprise hit when you spontaneously decide what to play with friends on your TV.

So far the most important sim racing competitions took place on the PC, except Gran Turismo and Forza in some cases. The biggest features that would benefit console racing esports are high frame rates and cross play, and we are heading towards both right now. One of the issues in console esports so far has been that you always needed one competition per console, therefore splitting the community and eventually get them on the same device for the live finals. But with cross play you can just have that one competition every device can compete in.

The game I'm looking forward to playing the most on a next-gen console is Horizon Forbidden West. I enjoyed the narrative and discovering what happened in the past. I’m also excited for the new Forza and Gran Turismo. Both developers have been very dedicated in the past to get the best out of each console's specific features. First-party racing games always play great on their platform. 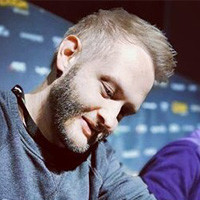 Photo credit: Maximilian Witt
I think the choice which console is best depends very much on exclusive titles. They are very similar from a technological perspective. I think if I had to choose one, I would take the PlayStation 5.

If developers allow cross-platform-play, the player base in sim racing can move together even more. Also, every console sold is a potential new sim racing enthusiast.

I'm looking forward to playing the new Gran Turismo 7. It's just a classic I already played years ago. Especially the "from rags to riches" mode resonates a retro-feeling I really appreciate. It backs away from the online competitive mode which is a welcome change. 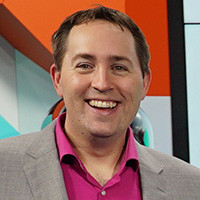 Over the last couple of decades I have always been the person to buy every console released, I swear I have a stack of useless old consoles collecting dust both here in Germany and back in the UK. For that reason, I will only be getting one this time around and that's the PlayStation 5 as I own a decent PC and Microsoft have been good at pushing their game releases to PC and Xbox these days.

With the games looking more and more realistic, I am hoping that will draw a new wave of people into racing in some way, be it casuals on controllers or hardcore sim racers that go out and buy all the equipment to reach the top levels.

For me it has always been about the Gran Turismo series on console. I always felt I got given everything too easily in Forza and feel you need to work for it in Gran Tourismo more. I have played them from the very start and loved them all the way, even the really annoying licensing trying to get gold in everything! When I saw Gran Turismo 7 coming up for the new PS5, it's a must have for me. 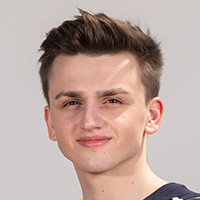 Photo credit: Patrick Scheiber
I am so comfortable on my PC that I just need my Nintendo Switch, but the PlayStation exclusives, especially The Last of Us and Gran Turismo, are always super enjoyable. I grew up playing on Xbox though, so it‘s probably both consoles at some point!

I believe sim racing is going to benefit a lot from the new consoles. The new generations enable developers to create bigger, better and more innovative games, which will definitely make a big difference in how close the simulations will get to reality.

I am most excited about The Last of Us 3. I just love the series. Overall, I’m just super curious as to what the future of gaming and sim racing is going to look like! 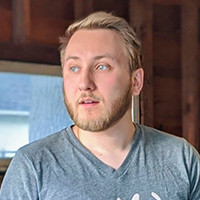 Photo credit: HokiHoshi
As a huge fan of the Forza franchise as well as an Xbox One and 360 owner, I root more for team Microsoft. However, Xbox has made it so easy to play their games on my PC lately that I don't feel like I'm missing out on exclusives by not owning the new console. I still plan on grabbing a Series S for my gaming den, but I'm more excited to get my hands on a PS5 to catch up on some Playstation exclusives and see what the new Gran Turismo has to offer!

Sim racing has been largely focused around the PC scene in the last years while the consoles have been limited by older hardware and peripherals. This new generation is a great opportunity for console sims like Gran Turismo 7 and Forza Motorsport to make a big impression and bring more fans into the sim racing world, and to see more affordable first-party or partnership racing peripherals. My first wheel was for the Xbox 360 – bought to play games like Project Gotham Racing 4 and Forza Motorsport 2. Without that experience I don't think I ever would have made the dive into full-on simulation racing.

There's a lot on the horizon, the Test Drive franchise has been quiet for nearly a decade, so I'm really curious to see what Solar Crown has to offer. We don't know too much about Gran Turismo 7 or Forza Motorsport but both franchises look like they are aiming for a major refresh and return to their roots which has me cautiously optimistic. On the non-racing side of things, I'm a huge fan of Bethesda RPGs, so I really hope we get more news on Starfield and Elder Scrolls 6 sometime soon!

Which console and games are you most excited about? Tweet us your opinion at @overtake_gg!
Did you like this article? Please click thumb up or thumb down.
Tell us more
Tags: playstation, xbox, community, opinion, interview
By clicking on one of those buttons you are leaving OverTake.gg