DIRT 5 developer: Taking things to a new level with next-gen

We talked to DIRT 5 developer Robert Karp about the next console generation and the new possibilites that come with it.
Photo Credit: Codemasters

With the arrival of next-gen consoles being the most discussed topic in the world of gaming right now, we wanted some expert insights on that matter. We talked to Robert Karp, Development Director at Codemasters and responsible for the shortly released DIRT 5, about the PlayStation 5, the Xbox Series X and their significance for racing game development. 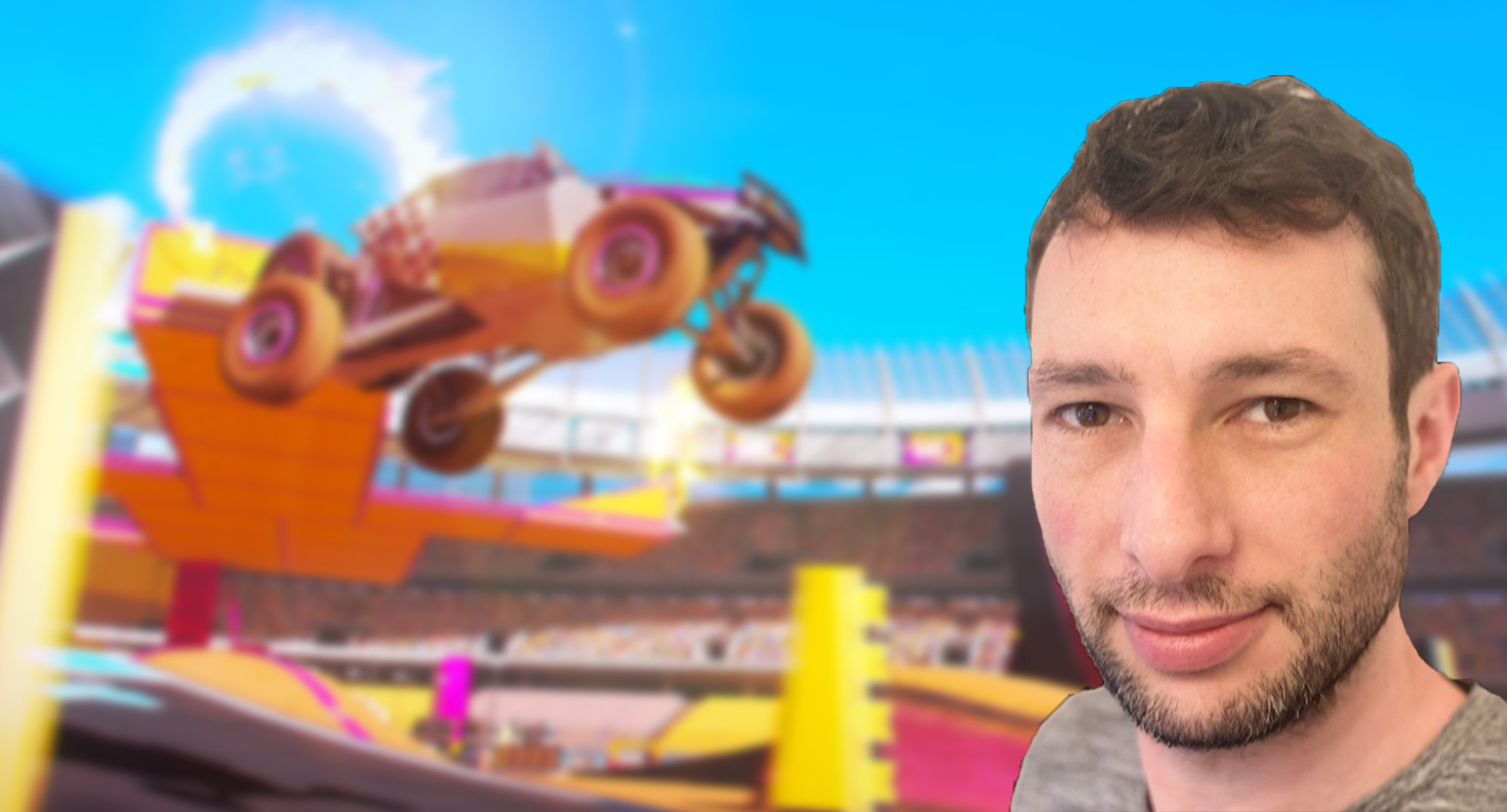 Robert Karp shared his thoughts on the new consoles with us. Phto Credit: Robert Karp (Background: DIRT 5 by Codemasters)

Hey Robert, thank you for joining us today! Let's dive right into the topic: For you as a racing game developer, what are the most important new features that the PlayStation 5 and Xbox Series X bring to the table?

If I can answer as a player of games first and foremost, instead of as a developer, the thing I liked the most having used both of the consoles, is the loading speed. It just makes short gaming sessions so much more accessible and so much faster to get into gameplay. Previously, when I turned on current-gen or older-gen consoles, when I booted up a game and I thought: 'Oh, I have only 15 minutes,' then I would not do that, because it might need an update and after that the loading is going to take so long. Now it is almost instantaneous and that is fantastic.

As a developer, I think both platforms are doing really interesting things with their controllers. The guys on the team love getting their hands on new technology, playing with it and seeing what it can do. With DIRT 5 we are just scratching the surface, due to it being a launch title. These machines have a lot more to offer. Once we can really get into them, I am super excited to see what we are capable of doing on them once we can unlock their potential.

As you pointed out, DIRT 5 is one of the first next-gen titles. How did you make use of the new console features?

DIRT 5 supports 120 hertz on both, PlayStation 5 and Xbox Series X. That is only possible due to the new HDMI 2.1 connectors on those consoles and the power of it. Particularly for racing and probably for first-person shooters, it leads to a much smoother experience. It feels like a really big decrease in input latency. You can really feel the road and hit those apexes better. It is much better and much more engaging because of that. Also, I talked about the fast loading before. For development, this is also great because it means we can do things more quickly.

We have not finished yet with what we are doing for the new controllers. So this is going to be updates coming in the future to improve and tweak them. We take advantage of the haptics and the resistive triggers of the PlayStation 5 as well as the rumble and the triggers of the Xbox Series X. We have to continue to tune and refine them because we have got some really special stuff there.


Which challenges do you have to face as a developer when you know you have to optimize your upcoming game for two console generations?

It is really challenging. The first thing to mention is that the base Xbox One, Xbox One S, Xbox One X and Xbox Series X and S, that is not just two consoles, that is loads of them. They are all slightly different in what they can achieve, how they perform and how to get the best out of them. It is the same for PS4, PS4 Pro and PS5. It means that it needs a lot of hands on, a lot of eyes on and a lot of tweaking and changing to get the best results that the game can give on those platforms.

When it comes to reviewing the game and working on launch games, there is not a lot of hardware to go around and you have to be very selective of which team-members get them. That means, there is a lot less chance to review the game on those platforms which makes things a little bit more tricky.

You told us that you only "scratched on the surface" so far. Which impact will this next generation of consoles have on the development of future racing games?

Some people will feel the change in visual quality from current-gen to next-gen is not the kind of leap that it was in previous generations. Part of the reason for that is some of the later current-gen games look so good. But as developers get more used to the new hardware and how they work, particularly with the super-fast SSDs and some of the really clever architecture, you all are going to see things go to a whole new level. It is going to be really exciting.


If you compare this next-gen upgrade to the release of PlayStation 4 and Xbox One, which one was the bigger technological step?

Probably, this one is a bigger technological step. But it is not such a straight-forward one. The guys, both of PlayStation and Xbox, did some really clever things. In previous generations, for example from PlayStation 1 to PlayStation 2 or from the NES to the SNES, the big difference was the power. And although these new machines are a lot more powerful, they are actually doing a lot of clever things inside. Something like fast loading for example, is not really an exciting and marketing-sexy term to talk about, but actually it has a really big impact on game experience and gameplay. Things like that are going to be massive.

If you could wish for some cool console features that should be added, which would that be?

Something I have always wanted, that no console has ever done and I do not think they ever will do, is something that gives smell. For a racing game for example, imagine if you are playing Grid and you could smell the rubber against the tarmac, that would be really cool. Also, if the controller could go warm and cold, that would be interesting. If you are playing one of our ice races, it might start of a bit colder and if you start warming up the tires, then it warms up. There is loads of interesting and different things that could potentially happen.

What do you think about the new standards that the next-gen consoles are setting? Tell us on Twitter at @Overtake_gg!
Did you like this article? Please click thumb up or thumb down.
Tell us more
Tags: interview, ps5, xbox, codemasters
By clicking on one of those buttons you are leaving OverTake.gg