News
Reading time: 4 minutes
OverTake is ready for Clash of Racers II! Are you?
Mark your calendars and save the date for the most hotly awaited sequel of 2020: Clash of Racers is back! OverTake is excited to provide another entertaining live show filled with top personalities of the esports racing scene, thrilling races, funny banter and crazy challenges.

We would like to invite you to join us on Twitch on December 13 for an adventurous ride through the world of competitive racing games. The evening is set to be a fun tournament between two teams – Team Red and Team Green – in some of the best racing titles. And you can be part of the event as well!

Two teams are going to compete against each other, each of them will be guided by one hero who takes on the responsibility as team captain. To offer the best show, all members are some of the most beloved and skilled personalities in esports racing. We will announce the captains and their teams soon, so make sure to follow OverTake on Twitter to not miss any updates.

Team Red and Team Green will face each other in various racing games, where each player has to collect points for their team to claim the glorious OverTake Clash of Racers II trophy. The games range from fun arcade titles to simulations that require the players' best skills. 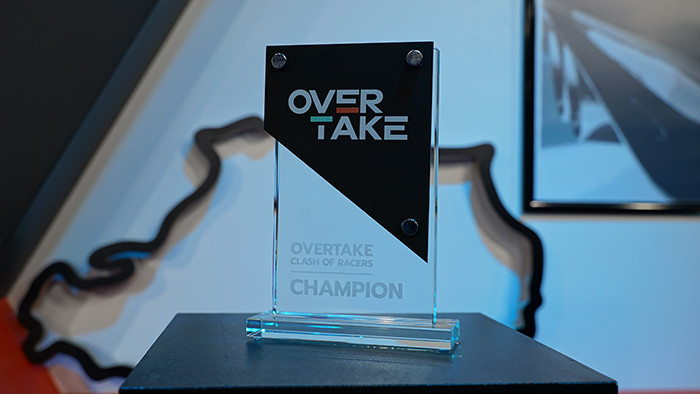 Who can win the Clash of Racers II trophy?Photo credit: OverTake


What happened in round one?

In our first edition of Clash of Racers in June 2020, iRacing pro Max Benecke was able to lead his team to victory. Cem Bolukbasi premiered in Trackmania, Jimmy Broadbent roasted his opponents and Dave Gaming showed off his Assetto Corsa skills.

The last challenge consisted of a Rainbow Road Mario Kart race between the two captains – with a special twist. Remember: don't drink and drive! Therefore, the two leaders had to chug their smoothies before finishing the race and park their cars while drinking.

Are you excited for Clash of Racers II? Tell us on Twitter at @overtake_gg!
Did you like this article? Please click thumb up or thumb down.
Tell us more
Tags: community, event, announcement, clash of racers
By clicking on one of those buttons you are leaving OverTake.gg