Nik Peters: Our Editor of the Month December 2020

Portrait
Reading time: 4 minutes
Get to know the people behind OverTake better with the third edition of our "Editor of the month" award.

As senior editorial and video manager, Nik Peters is the master of videos and brilliant content ideas. The winner of the German Sportjournalistenpreis 2019 (Award for sports journalists) in the category "Best Esports Coverage" knows exactly how to turn any pitch into a show format or professional video.

As lord of the memes, Nik can also add the perfect amount of fun into all of his content and entertain the entire editorial team with ease. On top of that, Nik is the owner of the two incredibly famous cats you sometimes get to see in OverTake's videos. With a constant lightbulb over his head for new experiments and a fitting joke for any situation, Nik is our Editor of the Month December 2020.

Get ready to learn more about the podracer: 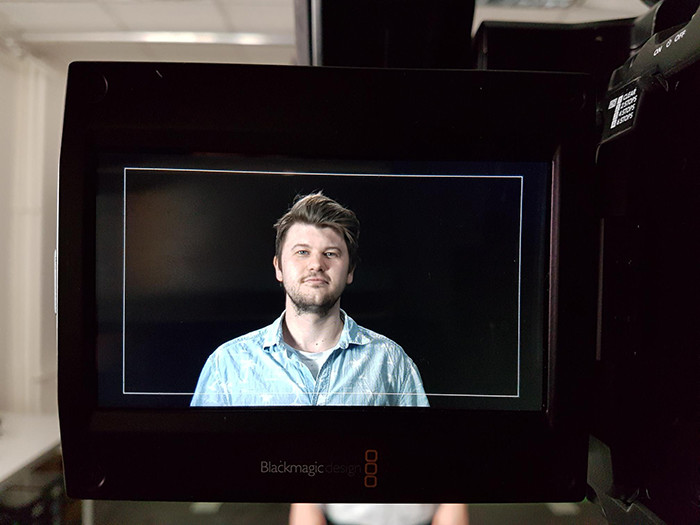 Nik spends most of his time in front or behind a camera. Photo credit: OverTake

I started playing games at a very young age. I had my first PC when I was about six years old. The earliest memories I have are playing Need for Speed III: Hot Pursuit and Star Wars: X-Wing with my dad.

I got fully on-board with the production of Clash of Racers I, so around May/June. In the beginning, I was loosely involved and helped with some concepts and internal structures.

In general, it's working at events that I love the most. Of course, that side of esports was a bit sad this year. My favorite event of all times was the ESL One Cologne 2018, a CS:GO tournament. I spent the whole week backstage with the pro players and accompanied the team BIG, nearly going on stage with them. I also really love that I'm working with great like-minded people all the time.

And when it comes to OverTake, my favorite experience was creating social content with my cats, Nami and Sylvester.

🐱 Cats vs. #MarioKartLiveHomeCircuit, who will come out on top?

We built a track at home and challenged ourselves to outmaneuver the cats in the living room.

But can we outrace hungry claws? 🤔 😁 pic.twitter.com/HwE3VOwhBt

There are a lot of moments I treasure. All the LAN parties, the evenings with friends spent in World of Warcraft's Karazhan. One particular highlight was at the United Masters League in CS:GO. After the grand finals, we simply kept playing with the pros and battled against giants such as EspiranTo, nexa and huNter.

I spend most of my time with my friends. One of the things I enjoy the most is exploring various acoustic bands and artists that perform in bars. I also love movies and therefore going to the cinema. One of my favorite series is of course Star Wars, but I also count Captain Phillips, Life of Pi or Django Unchained among my top movies.

What is something that everyone should do once in their life?

Visit an esports event in the Lanxess Arena in Cologne. 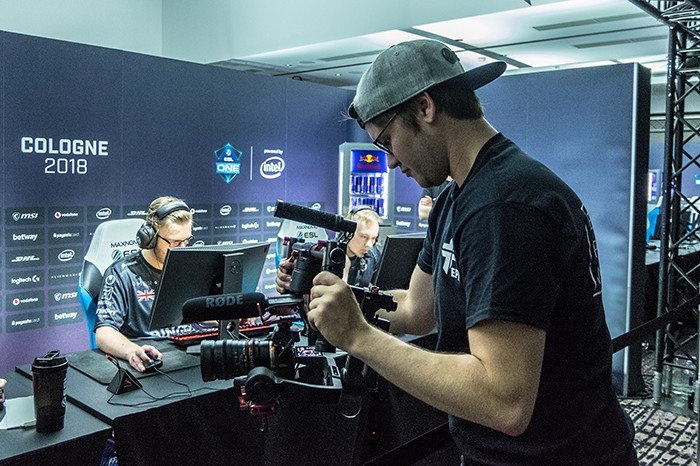 Nik working at the ESL One Cologne 2018. Photo credit: OverTake

I'm really proud of Clash of Racers, as our crew worked super hard to bring this show to life. I would also list my "The evolution of Need for Speed 1994-2020" video, I spent a lot of time researching that.

To play on a stage myself, in front of a live audience with thousands of people. It doesn't matter if it's just a showmatch and I also don't care too much what title it's in. Of course, LoL, Valorant or CS:GO would be amazing. 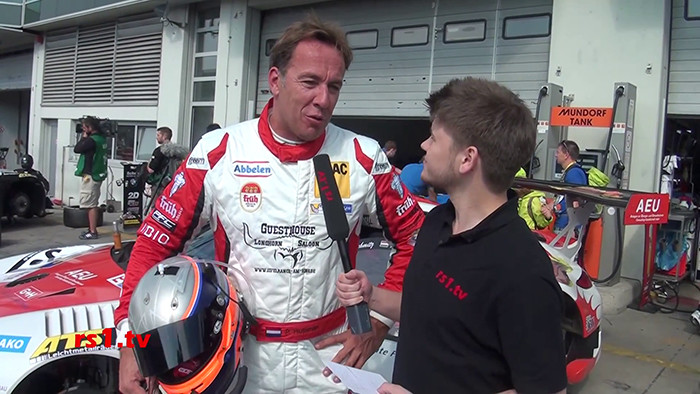 Check out some of Nik's work:

If you want to leave Nik some kind words for his work and his cat videos, shoot him a message on Twitter!
Did you like this article? Please click thumb up or thumb down.
Tell us more
Tags: portrait, personality, best of, interview
By clicking on one of those buttons you are leaving OverTake.gg