Nicolas Longuet, Marcel Kiefer and title favorite Jarno Opmeer gave an interview in a press conference prior to the last three races of the F1 Esports Pro Series 2020. They talked about the challenge of the three remaining tracks, the title favorites and how they deal with pressure.

Mexico: "the hardest track on the calendar"

The final events are going to be especially exciting, as we head to rather challenging circuits. Suzuka and Sao Paolo are by no means easy, but Mexico will pose the ultimate test to the contestants. "I think Mexico is the hardest track on the calendar this year in terms of track limits," estimates Longuet. He predicts a battle of mentality in which warnings and penalties are going to play a decisive role. The more warnings drivers collect early on, the less likely they are to go for bold maneuvers towards the end.

His rival Opmeer agrees that Mexico is "kind of tricky" with track limits similar to that of Vietnam and Montreal. However, there are still two circuits ahead that this season's dominator knows all too well. Last year, Opmeer didn't perform that well at Suzuka and Sao Paolo, but he is quite confident that this won't be an issue this time around. "I know from last year which tracks I'm weak at, so I started practicing really early on those. I don't think that means anything to be honest." 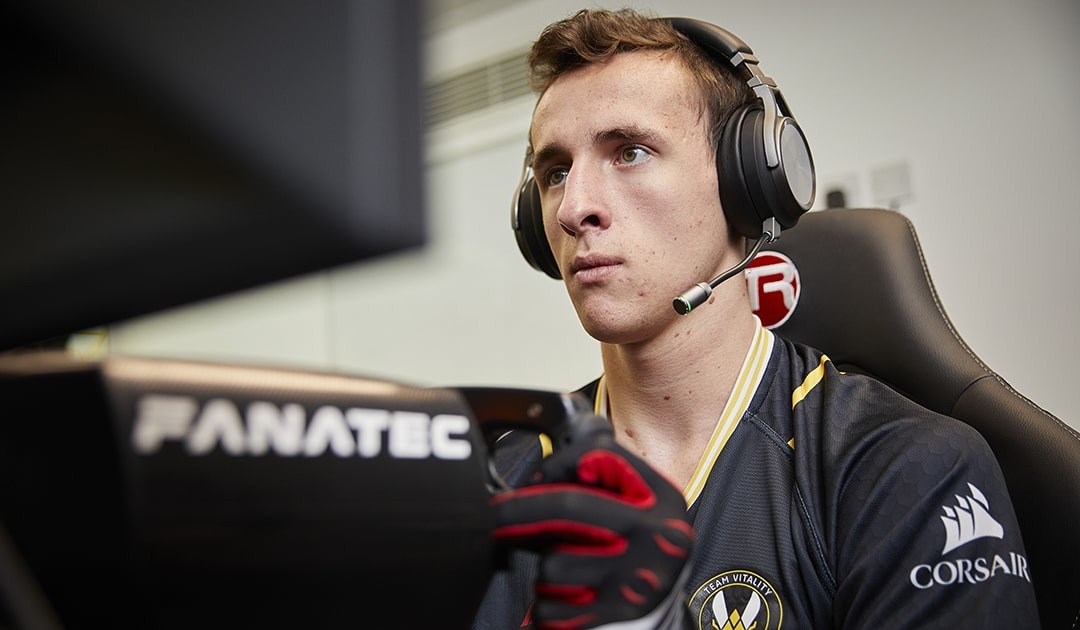 Nicolas Longuet cannot become world champion in 2020 anymore, but he aims for a place on the podium. Photo credit: Renault Sport Team Vitality

For Frenchman Longuet, there is of course one clear favorite this year: "Jarno has a very sizable lead. It is hard for him to lose that first place if he keeps performing as he has been doing these past three events. Unless something major happens, I think Jarno is a bit out of reach." However, Nicolas also knows that the Dutchman won't let his guard down despite being 30 points ahead of Rasmussen in P2. Both Rasmussen and Kiefer are just waiting for Opmeer to make a mistake. "Anything could happen, just like in Silverstone where he finished P9," warns Longuet.

The favorite himself seems rather calm before the event, although he admits "it will be probably different just before qualifying, but that's always the case". In addition to his preparation for the tracks he struggled with before, Opmeer goes confidently into the last event. But so are his two pursuers Kiefer and Rasmussen, to whom Opmeer attests an amazing season. He might have improved, but his rivals "made steps forward as well." Losing is certainly not an option for him: "It would be a big disappointment if I don't win it." When asked which of the two is the more dangerous opponent, Opmeer replies: "Rasmussen is always very consistent [...], he is always extremely fast." Yet, the Dane makes mistakes every now and then, which Opmeer will try to use to his advantage. Meanwhile, he felt like Rasmussen's German teammate was even a little more prone to having a bad day.

The favorite watches his opponents closely, but they have something in store for him as well. Kiefer wouldn't reveal any information on the plans he and his stablemate forged: "Of course we have a couple of strategies worked out already," laughs the German, and promises we'll find out shortly. His specialties were Interlagos and Suzuka, claims Kiefer, the two tracks Opmeer struggled with last year. "I really like the flow of both these tracks and there is also less of a risk of getting a penalty."

Despite Opmeer's dominant performance throughout the season, Alfa Romeo has been struggling to keep up with Red Bull Racing Esports Team in the manufacturers' series. The team of Kiefer and Rasmussen currently holds P1 at 255 points, while Opmeer and his teammate Daniel Bereznay trail by 22 points.

One month until the final event. We charge on! #f1esports #f1 #ChargeOn #GivesYouWings pic.twitter.com/Dklm69S5Bp

According to Opmeer, this has mainly to do with the poor qualifying in some races that made it hard to support each other in the main races. But the Dutchman seems confident that this won't be an issue in the finals: "We found some new things ahead of Event 4 which should give us a little bit more consistency."

Meanwhile, for Nicolas Longuet and Renault, the manufacturers' championship is out of reach. "We feel confident that we can keep our position," states Longuet. "Of course, Red Bull and Alfa Romeo are a bit too far ahead." For the Silverstone winner, the final event is all about securing third place for his team and maybe even earning a podium place for himself in the drivers' series. He is currently at 88 points and needs more than 30 to catch up to third placed Marcel Kiefer – not an impossible task but an extremely difficult one.

Things are about to get intense as even one tiny mistake can decide over victory and defeat. If you don't want to miss this spectacle, make sure you tune in to Formula 1's Twitch channel on December 16 and 17, at 4 PM CET.

Who do you think is going to become the new F1 Esports World Champion? Tell us on Twitter at @overtake_gg!
Did you like this article? Please click thumb up or thumb down.
Tell us more
Tags: f1 2020, esports, interview
By clicking on one of those buttons you are leaving OverTake.gg