OverTake > Esports > Explained > How does the F1 Pro Draft work?
Share
READ NEXT 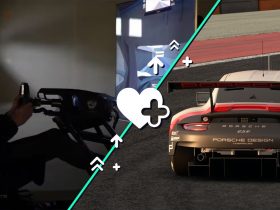 How to stay healthy while sim racing

Making it to Formula 1 is the biggest dream of many young racing drivers. However, the way to the premier class of motorsport is difficult and often you need a lot of luck and privileges to get there. But there’s good news. While the way to Formula 1 takes a lot of time, you can make it to the F1 Esports Series from your home rig in just a few sessions.

To give new drivers the chance to earn a spot in the Esports Series, Formula 1 has created the Pro Draft, in which young competitors can stand up against esports racing veterans. But how do you get there and how does it work? Here’s an explanation on how to get from your home rig into the most popular esports racing series:

Your first steps into the F1 Esports Series start in the qualifying sessions. They have been a part of the Series since its establishment in 2017.

In these sessions, you will face different scenarios. And even though they are called “qualifying sessions”, they are more about actual racing than setting up great times. You will be placed in a certain driver’s cockpit and have to fulfil a given goal in the scenarios. Mostly, the scenarios are about reaching a certain placing in a race with only a few laps left. Sometimes they are fictional, but sometimes you’ll also be replaying scenarios from real F1 races.

Your performance will be tested in different factors. You score points depending on your time completing the scenario, clean driving and how many driving assists you have equipped. Your score will then determine your place on the leaderboard.

There are two qualifying sessions in which you can race to the top. The eight best drivers of each scenario from each platform (PC, PS4, Xbox One) proceed to the challenger series.

If you couldn’t make your way to the challenger series, you’ll get a second chance later in the season. There are once again qualifying events with three special scenarios to master. Out of these challenges, only the top-three drivers from each platform will advance and secure their spot in the Pro Draft.

In Formula 1, it’s not all about racing wheel-to-wheel. An important part is mastering every track, finding the perfect racing line and improving your lap times split-second by split-second.
In the “DHL 50 fastest” event, time trial specialists are able to race for their spot in the Pro Draft. The two fastest drivers from each platform will make it to the Draft. In total, 36 rookies compete for a spot in the F1 Esports series.

This is where things get really serious. Each of the ten F1 teams must pick at least one driver from the Pro Draft. In the past seasons, there were some teams that picked two drivers from the draft. However, it has become standard that teams will sign one of their favourite drivers long before the Pro Draft and only pick one more from the Pro Draft.

In the first stage of the Pro Draft, the 36 players from the online qualifiers compete in knockout racing, with the slowest twelve being eliminated. The remaining 24 will be joined by F1 Esports Series drivers of the last season, that didn’t get a contract with another team before the draft. These drivers form the final field of competitors.

There will be more challenges and races until the final draft begins. Here, the teams pick in the reverse order of the last constructor’s championship rankings. Teams that struggled last season will thus be able to pick the best drivers. Since all cars are equally fast in the F1 Esports Series, having the fastest driver on your team is a big advantage that can make the difference in the competition for the championship.

After the draft, all teams will have completed their line-up and the season is about to start. So now that you know how to get into the draft, it’s up to you to make your way to esports racing’s most popular series.