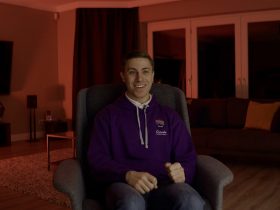 Strap in for a packed week of racing! The 2020 eNASCAR Coca-Cola iRacing Series reaches its climax, followed by three rounds of the F1 Esports Pro Series 2020 and round 6 of the 2020 iRacing Rallycross World Championship.

It’s lights out for the final time in eNASCAR

The time has finally come! After months of nail-biting heats, the 2020 eNASCAR Coca-Cola iRacing Series finale takes place at the Homestead-Miami Speedway. A huge prize pool of $300,000 is up for grabs, with $100,000 being awarded to the champion.

Four drivers are in contention for the overall prize. Bobby Zalenski has looked imperious this season, and has to be viewed as favorite. However, he faces stiff competition from Nick Ottinger, Ryan Michael Luza and Michael Conti.

Who will be crowned victorious? Be sure to tune in on the official YouTube channel of iRacing, their Twitch channel, and on the Facebook channel of eNASCAR on Monday, November 2 at 3PM CET. It’s not to be missed!

Alfa Romeo Racing Orlen Esports currently have a commanding lead at the top of the standings in the F1 Esports Pro Series 2020 following Jarno Opmeer’s dominant victory at Shanghai. They lie some 29 points ahead of second placed Red Bull Racing Esports Team.

Championship leader. Race-winner. @Aramco Driver of the Day.@jarno_opmeer swept up the accolades on Thursday night after a stunning race around Shanghai 👑

Who will it be next time out, on November 4? 🤔#F1Esports 🎮 #F1 pic.twitter.com/1pcGzmgwof

The battle for third place is much tighter, with just two points separating Renault Vitality and FDA Hublot Esports Team.

The action heats up again this week as the series heads to three new venues! Wednesday, November 4 sees the drivers visit Zandvoort and Montreal — two circuits that were sadly canceled in the real-life calendar due to the pandemic. Zandvoort promises to be a particular highlight, as the Dutch track is new to the calendar for the 2020 season, so it represents a challenge to all drivers. Following immediately on November 5, the teams then head to Spielburg, Austria. This fast, flowing track is a favorite among drivers.

You can watch the event live on F1’s official Facebook, YouTube and Twitch channels on November 4 – 5 at 8:30PM CET. For more info on how to watch visit the official F1 Esports website.

Getting down and dirty

If circuit racing is a little bit too “clean” for you, the 2020 iRacing Rallycross World Championship might be the perfect antidote. Yohann Harth was delighted with his clean sweep at Iowa Speedway, where he won his heat race, then held off Mitchell deJong in the main event.

After the race, Harth said:

I’ll remember that one for a long time. I was asking for the Joker Lap every single lap, and the one lap I thought it was going to be close, I took it immediately. It’s always a good win when you’ve got someone as tough as Mitchell fighting you, so I’m really happy with that one.

The action continues on November 7 at 6PM EST (11PM CET) at Sonoma Raceway. This track will also we the scene of the finale in December, so the weekend offers a great opportunity for drivers to get prepared!

You can watch all of the races on the official YouTube channel of iRacing.

Which of the week’s big racing events are you most looking forward to? Tell us on Twitter at @overtake_gg!