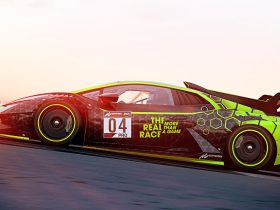 The Mario Kart Wii World Cup 2020 by EndGameTV, or MKWC20 for short, features 21 of the best Mario Kart teams from all across the globe. From July 11 until August 2, the squads participating are going to race for the title of the fastest Mario Kart nation in the world. Each team could sign up to ten players who are going to represent their country in the tournament.

We’re finally back this weekend. Welcome to the 2020 Mario Kart Wii World Cup.

The participants are going to compete in four groups with four teams each. The strongest nations already secured their slot in the group stage, but each group is missing one team at the moment. The final seats will be taken by the best teams in the upcoming Play-In Stage.

In the Group Stage, the two best performing teams of each group advance to the Bracket Stage. There, these eight teams will compete in best-of-three and best-of-five-matches until only the fastest team is left, which will be crowned world champion.

21 teams. The whole world. One winner.

Another victory for Japan?

EndGameTV hosted their first Mario Kart World Cup in 2015. Now they want to “capture the same fun and competitive spirit” they brought five years ago, as a staff member said on Mariokartboards. He further explained: “This event is made to showcase and show off the electric and exciting gameplay that has kept this community running strong 12 years after the game’s release.”

In 2015, Japan emerged victorious and claimed the first Mario Kart Wii World Championship. The island is home to some of the fastest Mario Kart players in the world, as Japan also dominates in other parts of the series. The country currently holds the record of six Mario Kart 8 championships in a row. For the Wii tournament, 20 other nations are getting ready to overtake Japan. The tournament kicks off this Saturday, 11 July.

You can watch all matches on the official Twitch channel of EndGameTV. For more information, check out the official announcement on Mariokartboards.

Which team are you rooting for in the MKWC20? Tell us on Twitter!