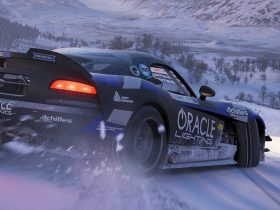 The drivers in Round four of The Real Race at Suzuka fought hard to win a VIP trip to Italy.

The penultimate qualifying race in Lamborghini’s The Real Race 2020 series headed to Suzuka on Sunday, July 19. 23 drivers competed for a ticket to the final, but only the fastest two would win them. The competition in Assetto Corsa Competizione is Lamborghini’s inaugural racing series.

A lot of attacks and a close fight

Jesus Sicilia was able to grab pole position for the race at the Japanese circuit. An early attack of Amir Hosseini was not enough to take the lead away from him.

Hosseini then got into an intense fight for second place with the South African F4 driver Jordan Sherratt. A contact between them sent both off-track. Whether they were able to recover and Sanchez could drive to victory, you will find out in our video recap.

Race for a real Lamborghini

The best drivers of each qualifying race earn a VIP trip to the final event in the Lamborghini headquarters on September 18. There they get a shot to win a test drive in a real Lamborghini around an Italian racetrack.

The final qualification will head to Laguna Seca on August 2. The qualification phase for this race takes place July 24-30. Find out more about The Real Race in our coverage!