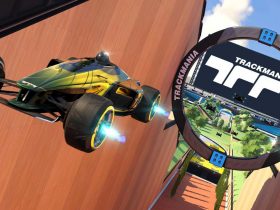 The W Series Esports League 2020 entered its seventh round on Wednesday, where the drivers looked to contest Beitske Visser. The Dutch racing star is leading the competition and struck a considerable gap between her and the other drivers at a total of 328 points. In a pretty eventful and close race, Spanish racer Marta Garcia aims to show her talent once more as she looks to match Visser in the standings. She does still have a long way to go with the point difference remaining high at 49 with three more rounds to go.

Race one turned out to be sensational with both Visser and Garcia starting out strong, remaining in the lead for the entire race. In the last three corners of the final lap Garcia kept the lead after a drawn-out battle with Visser and secured a victory. Up next, in the reverse grid race, Gabriela Jilkova came out on top. Marta Garcia managed to still climb up to a fourth place finish while Visser struggled, only ending up in thirteenth place.

In race three (the featured race), Visser secured pole position but ultimately wasn’t able to convert it into a victory. It was once again Marta Garcia that drove to a first place finish, overtaking Visser 16 minutes into the race. Visser would eventually fall back to fourth place after a strong performance by Tasmin Pepper and Nerea Marti, who take second and third place respectively at Suzuka.

It looked like Visser would take it all after the first races in the series but Marta Garcia is a serious contender who could do some damage in the upcoming (and final) three races. Next up the W Series Esports League moves on to Bathurst, Australia, on July 30. Round eight can be watched over on the W Series YouTube channel.

Just like the W Series Esports League, the Apex Racing League GT Championship took place at Suzuka, moving on to its eighth and final round. In the pro category British driver Tom McMahon already secured his first place finish ahead of the final race with a significant lead over second place finisher Maik Wiesekopsieker. James Salt rounds out the top three at the start of round eight.

In race one of the pro category it was Wiesekopsieker who came out on top. The German held off Tom McMahon and Daniel Lee after a long chase as the Brits finished in second and third place respectively. Race two, the reverse grid race, was won by Dennis Ipenburg, with Daniel Lee taking second place this time around. McMahon suffered some issues with his gear in race two, but still ended up as the champion of the Season 2 Apex Racing League.

Champion Tom McMahon looked ahead after the final race and reflected:

I’ve got nine wins and I’ve done really well, but we’re all so close. I really enjoy this league, the racing is brilliant and hopefully we get a few more drivers to hang around the whole season. We as the EvoSR team really enjoy competing and the timing works with our real-life commitments so we’ll be back to defend our title next year.

Germany wins VCO Cup of Nations ahead of France

This weekend the VCO Cup of Nations also took place, which raised funds for UNICEF in response to the COVID-19 pandemic. During the competition, the best 16 nations duked it out in a group stage where the top two drivers in the group move on to semi-finals. After the first day Germany, Italy, France and Great-Britain won their groups and moved on, just like Hungary, Spain, Chile and Australia who moved on as runner-ups. The final two spots went to Belgium and Team USA.

After the semi-finals, the final six participants to move on were Germany, France, Italy, Great-Britain, Spain and Chile. The competition itself became a very tight affair, with Germany and France being very close to each other as everything came down to the final race. Maximilian Benecke won the race for Germany but the competition would be decided by the positions of the other German drivers in relation to the French.

Wow, that was close. So much fun driving all the different cars with just little practice time. We did it! Big thanks to my team mates 💪🏼 https://t.co/lomFLicx02

In the end the 498 point total was barely enough for Germany, who won the competition with only six points more than France. Final race winner Benecke commented on his victory on Twitter. “Wow, that was close. So much fun driving all the different cars with just little practice time. We did it! Big thanks to my teammates!”

Löhner wins another round in the CUPRA Series

The CUPRA SimRacing Series 2020 went into its fifth round at the Red Bull Ring on Saturday. Williams Esports driver once again claimed the first place in race one – his second consecutive victory in the series. The second race however proceeded less fortunate for him, as he could only score a tenth place.

More chances for him to secure another win are waiting, since the drivers only completed five out of 13 rounds of the CUPRA Series so far. The next round will be at Slovakia Ring on August 8.

Pole Position and my second consecutive win in the CUPRA Series!!🥇
Also my No 1 fan had an appearance on cam while crossing the line.😄
The high feelings were not for long though as I overcooked it in the second race and only finished 10th.#WilliamsEsports @raceroom pic.twitter.com/w7V92LNCIC

If you want more information on past and upcoming tournaments, make sure to check out our event calendar!