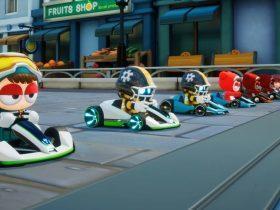 Sebastian Job dominates at Spa-Francorchamps and extends his lead over Rogers with just three rounds to go.

The seventh round of the 2020 Porsche TAG Heuer Esports Supercup took place on the legendary Spa-Francorchamps circuit. Always a favorite among the drivers, the track winds its way through the Belgian mountains, ensuring exciting racing – and last weekend was no exception.

The points standings were tight at the top entering the weekend, with just 27 points separating the top three drivers. In the sprint race, championship leader Sebastian Job established his dominance by picking his way past Kevin Ellis Jr. and Mitchell deJong to take the win. Behind them, his championship rival Joshua K Rogers could only manage fourth place.

The feature race promised fireworks, as it started in the finishing order of the sprint race. And it didn’t disappoint. There were battles all the way down the order, with the slipstream effect ensuring passes on every lap. As the race leader, Job had the unenviable task of being the first to push through the still air, but he built enough of a gap each lap to ensure he wasn’t attacked on the long Kemmel straight. He cruised home to a grand slam in Belgium.

Chaos further down the field

Job’s race was made even sweeter when two of his major rivals collided while battling over second place. Beneke lost control while diving up the inside of Rogers, taking them out and gifting Ellis Jr. another podium position. All this action leaves Job with a 45 point lead at the top of the table – the first time this season that he has had a significant lead. But with three rounds still to go in the championship, he isn’t home and dry just yet.

German sim championship aims to put controversy behind it

With the controversy of its pricing policy still upsetting some racers, the German Sim Racing Championship (DSRC) moved to Silverstone. This prestigious venue is often viewed as “the home of motorsport”, having hosted the first ever Formula 1 race in 1950.

The race weekend is divided into two divisions, and it was Florian Bodin who took both division two wins for Audi. While having problems in qualifying, Bodin proved how the slightest problem can have severe consequences. His commanding performance certainly suggests he might have been better suited to the first division.

Division one was almost a copy of the division two results, as Lubomir Schiwietz fought off his competitors to win both races, also for Audi. While the first race was business as usual, the second race offered more excitement as Schiwietz was under pressure at the start, and only gradually increased his lead. Despite dominating the weekend, he lies only seventh in the standings. At the top, Lukas Gabler actually managed to extend his lead, despite finishing only third and fifth this weekend.

Are you enjoying the 2020 Porsche TAG Heuer Esports Supercup? Tell us on Twitter at @OverTake_gg!