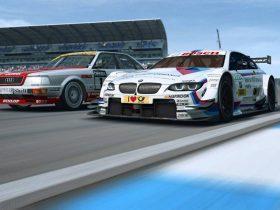 Joshua K Rogers won the fifth round of the 2020 Porsche TAG Heuer Esports Supercup at Road Atlanta on Saturday. The iRacing ace and defending champion finished ahead of Sebastian Job, thereby closing in on the point leader. After five out of ten races, Rogers and Job are only 18 points apart.

Alejandro Sánchez boasted a successful race day as well, finishing first in the sprint race and third in the main race. With 263 points, he lacks only 9 points to catch up with Rogers.

Meanwhile the German iRacing legend Maximilian Benecke was out of luck: Starting the sprint from P28, he had little chances to score a top placement. Although he’d eventually finish 16th, his efforts were too little to maintain his position as a title contender. His sixth place in the main race couldn’t undo his weak performance earlier. The German is now 53 points behind leader Sebastian Job.

The next round takes the competitors to Brands Hatch Circuit on August 14. You can follow the racing action on iRacing’s YouTube channel.

These are the The Real Race finalists!

Lamborghini’s The Real Race determined its last finalists on Sunday. The Assetto Corsa Competizione event took its competitors to Laguna Seca in its fifth round. Unlike Rounds 2-4, three racers were able to punch their tickets for the grand final in September.

After two unsuccessful attempts to qualify for the finals, Jordan Sherratt finally managed to secure his spot. With almost 15 seconds ahead of runner-up Gianfranco Giglioli, Sherratt asserted his dominance. Third place finisher Egor Ogorodnikov received a time penalty which cost him his final spot – instead of him is going to travel to Italy.

The complete list of grand finalists for September 24 is as follows:

The contenders will travel to the Lamborghini headquarters in Italy to visit the facility and the company’s R&D simulator. In the final event, they will be fighting over the main prize, the chance to drive a real Lamborghini around an Italian racetrack.

The SRO E-Sport GT Series Championship 2020 found an exciting finale in a winner-takes-it-all-race on August 2. 33 top-performing drivers from the Pro, Silver and Am class competed in the two-hour final race.

The first hour was dominated by Mikhail Statsenko (Audi) who qualified via the Am Series. Behind him, Amir Hosseini (Mercedes-AMG) and Jesus Sicilia (Aston Martin) were chasing the leader. But after 20 minutes, a collision in the final chicane destroyed their chances for the win.

Meanwhile, Nils Naujoks (G2 Esports (McLaren) ran in sixth place in the first half of the race. While most of the field went for their mandatory pit stop at half-time, Naujoks stayed out a little longer.

The German’s strategy worked well. He came out just ahead of Statsenko after his stop and was able to extend his lead from there on. In the end, Naujoks crossed the finish line 6.165 seconds before Silicia in second and Jan-Marcel Dietrich (Porsche) in third.

On Saturday, August 1, the first round of the ADAC GT Masters eSports 2020 kicked off at Lausitzring. Twenty contenders fight for an €80,000 prize pool in the seven-race championship.

Néstor García of Red Bull Racing Esports Team was able to take pole position but already lost the lead to (Williams Esports) in the first turn. The top of the field did not change much until the first pit stop phase. Williams’ driver Jack Keithley, who started fourth, took over the lead and kept it until the end of the race. His team-mate Wisniewski finished second, pole sitter Garcia completed the podium.

Round two will take the field to Nürburgring on August 15. 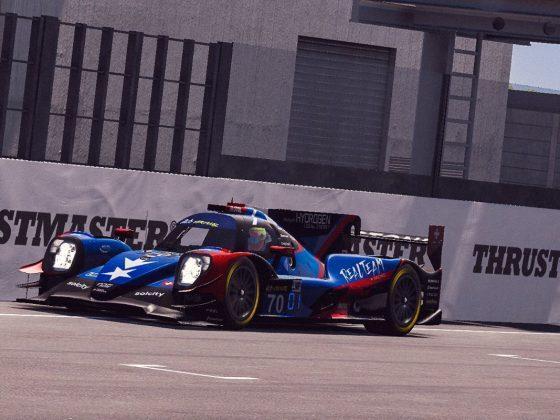 The Le Mans 24 Virtual yet again proved a landmark in esports racing, and it went the way of sim racing team giant Redline. Image credit: @LeMansVirtual The Le Mans Virtual Series rounded out its first season with the second ...