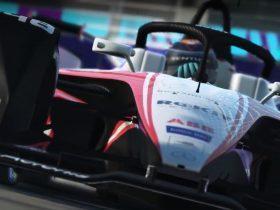 Wehrlein vs Vandoorne and street magic in Baku

There’s plenty of esports racing in September, here are five must watch esports races that you should definitely follow.

There is never any shortage on action for all fans of esports racing. From endurance to sprints, and spanning a wide variety of different games, there are plenty of options to choose from. Here are all the major events going on in September.

The second season of the Le Mans Virtual Series is starting on 17 September, with the first round being the 8 hours of Bahrain. The Sakhir circuit hasn’t even been officially added to rFactor 2 yet but it has effectively replaced the Nordschleife on the LMVS schedule.

Just like last season, LMVS will feature the top drivers in both the real and virtual worlds of racing. Although this season, the real world drivers will only be required in one of the first four rounds, most likely the penultimate round at Sebring. Then it will be capped off in January with the third running of the 24 hours of Le Mans Virtual.

Also taking place is the Le Mans Virtual Cup, with qualifiers open now on the rFactor 2 competition system. The first three rounds act as qualifiers for the final, and then top two in that last race will be invited to participate in the 24 hours of Le Mans Virtual as part of the LMVS Guest Car entry.

All the action can be seen on the FIA WEC‘s or 24 hours of Le Mans YouTube channels.

After the first Group Stage events in June, the next batch of races for the Lamborghini The Real Race esports series on Assetto Corsa Competizione will be taking place throughout September. After these events, the top 15 in the points will be locked in for the Finals on 16 October, with each regional champion entering into evaluations to see which one will join Lamborghini’s esports team.

The EMEA (Europe-Middle East-Africa) Group Stage races are on 4 September and they’ll be at the Hungaroring and Misano. APAC (Asia-Pacific) will have their races on 11 September at the Nürburgring and Zolder. Finally, the NALA (North America-Latin America) races on 18 September at Silverstone and Zandvoort.

All the action can be seen on the Lamborghini Squadra Corse YouTube channel. There’s also a hotlap Last Chance qualifier running from 21-25 September for one driver from each region to also compete in the finals.

The third and final seasonal cup for the VCO Esports Racing League which spawned from the multi-platform Esports Racing World Cup. Up to 30 teams will run drivers on iRacing, Assetto Corsa Competizione and rFactor 2, with the Fall Cup Masters taking place on iRacing after the Spring and Summer Cup Masters were held on the other two platforms.

Round 1 on iRacing will be held on 14 September with Round 2 on ACC held on 28 September. With the season centred more on iRacing, Redline will once again be strong favourites after winning on rFactor 2 in the Summer Masters. However, in the Summer Cup round on iRacing, Apex became the first team to displace Redline after coming up short against them in the World Cup and Spring Cup.

Can Redline double up on seasonal ERL Cups, will Apex join Redline and Unicorns of Love as ERL champions or will a new contender cause a surprise? Follow the action on VCO’s official YouTube or Twitch channels.

After Lamborghini won the opening round, Veloce have so far been the dominant force in the series winning the next two races. The season got delayed and should have concluded by now if it had all gone to plan, but instead the Kyalami 9 hours will be the penultimate round. It is taking place 10 September, only two weeks after the most recent round.

Veloce have an incredibly strong line-up which includes George Boothby, Eamonn Murphy and our July Hero of the Month James Baldwin. Can they get another win? Or will it be Ferrari, BS+, Unicorns of Love or another? Watch the race either on the GTWorld YouTube channel or the SROMotorsports Twitch channel.

The next season of F1 Esports is starting in little over two weeks! With it, a new event format that sees one race taking place per day from Wednesday to Friday. Also, after an abundance of requests from the community, F1 Esports races have been upped from 35% distance of a typical F1 race to 50%.

Just like league racing and the Virtual Grand Prix races, F1 Esports drivers will now have to be both quick and consistent, and also have the right strategy. The races will be long enough for differences in tyre strategy to have an actual effect on the outcome of the race.

Heading into the new season, it could well and truly be anyone’s game. Jarno Opmeer won the last two championships but so far in the F1 game competitive scene, he hasn’t been the one on form. Judging by PSGL and WOR, the likes of Bari Boroumand and Lucas Blakeley seem to have taken to F1 22 a lot better.

The first three races on the Bahrain, Emilia Romagna and British Grand Prix circuits take place 14-16 September. Will a new pretender make a claim for the crown or will Opmeer, Tonizza or Leigh add another to their collection?

Which of these esports racing events will you be following? Tell us on Twitter at @OverTake_gg or in the comments down below!