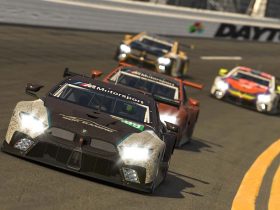 The Porsche Esports Carrera Cup Italia blends esports and real racing heritage. Here’s everything you need to know about it.

Each of the five heats is divided into the first phase, in which hopeful competitors qualify via hotlaps, and a second phase, which is a live qualification race. At each track, the owners of the 32 fastest hotlaps take part in the qualification race. There, the top six drivers earn their spot in the final. Each of these rounds was broadcast on the official Porsche Twitch channel.

On top of these five rounds, there is one more avenue to the finals. Drivers who failed to qualify from home can take part in the last chance qualifier during the Porsche Festival. The top two drivers from this qualifier will also advance to the final.

After the long qualification phase, the series culminates in the final. This round will adopt the full PCCI format, with a qualifying session followed by two races. The second race uses a reverse grid, to keep things interesting.

During the final, each driver will represent an official PCCI team by running that team’s livery. Furthermore, the event will be broadcasted on Sky TV. Each of the top three drivers in the final will win prizes. First place gets to test the Porsche 911 GT3 Cup in real life, while second place will win a one-day Porsche Experience driving course. The third place finisher will get a complete cockpit.

Will you tune in to watch the finals of the Porsche Esports Carrera Cup Italia? Tell us on Twitter at @OverTake_gg or in the comments down below!