OverTake > Opinion > Feature > Who Impressed in the F1 Esports Opener?
0 Shares
READ NEXT 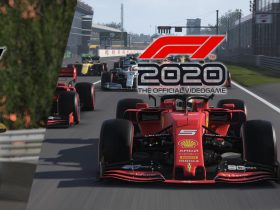 The most popular esports racing games

Lucas Blakeley and Frederik Rasmussen shared the wins, but who really made an impression in the first three F1 Esports races?

From 14-16 September, the first event of the F1 Esports season took place with three 50% distance races around the Bahrain, Imola and Silverstone circuits. There were plenty of performances worth noting, new faces stamping their authority on the field and old pretenders showing that they still had what it takes.

However, here are the three drivers who were the most impressive in the first round of F1 Esports in 2022.

In the first race, pole went the way of Lucas Blakeley. The Scot finished third in the championship last season and has already shown that he has stepped up massively after his move from Aston Martin to McLaren. Contending with the likes of teammate Bari Boroumand and reigning champion Jarno Opmeer, Blakeley overcame an overcut from Opmeer to repeat his Bahrain success from last year.

Then, in the following race, Blakeley made it two from two. He held off the advances of Marcel Kiefer to join the likes of Opmeer, Brendon Leigh, David Tonizza and Dani Bereznay among the ranks of drivers who have taken consecutive victories in the Pro Championship. Coupled with a third place finish on the Silverstone circuit, Blakeley commands a sizeable lead of 21 points to Rasmussen.

Blakeley’s form in the top level F1 22 leagues already established him as the pre-season favourite. With his strong start, could Blakeley already be in a championship winning position even though we are only 25% of the way into the new season?

Time will tell if Blakeley is able to continue his form or if Opmeer can rebound. Or perhaps Rasmussen can finally be the bride after years of being the bridesmaid, or maybe someone else can spring a surprise. Namely, one of Opmeer’s compatriots.

Rookie Ronhaar on the Rise

During their time in F1 Esports, Haas have been constantly at the back. However, their fortunes have seemingly turned this year, as they have a very highly rated set of drivers with both Matthijs van Erven and Piotr Stachulec, getting strong results in their outings during Event One.

When it comes to their final driver though, Haas really have a serious shot at contending for the title. Thomas Ronhaar burst onto the scene a year ago when Veloce picked him up as an academy driver, and he went on to win the Pro Exhibition event. His qualifying record from Event One was a remarkable second, pole and third.

In the races, he did show some breaches in his armour. The first race saw him involved in an incident with Rasmussen. The incident was not the Dutchman’s fault, but he retired and lost a lot of points. After taking pole for Imola, he lost the lead at the start and came home fourth.

He lurked behind Rasmussen in the dying laps of the Silverstone race but ultimately wasn’t able to become F1 Esports’ 13th different winner just yet. With his pace, though, it seems somewhat inevitable that Ronhaar will eventually win. He just needs to get on top of his racecraft and get some luck on his side. The rookie has plenty of promise and will only get exponentially better.

The final driver that did well considering the circumstances is Luke Smith. The Alpine racer scored a solitary point in the Silverstone race after making it into Q3, although he did drop a few positions from his starting place. However, when factoring in what was going on behind the scenes, we can’t help but be impressed.

Alpine announced their roster well in advance of the season, and initially joining their 2021 driver Patrik Sipos and former Ferrari and Alfa Romeo driver Filip Prešnajder was PC Challengers 5th place finisher Samuel Bean. However, less than 10 days before the start of the new season, they announced Smith would be on the team instead of Bean.

We can’t say for certain how long Smith was aware he would be on the main roster. But to go from not even being in the conversation for a drive to then nab a point on your debut is pretty impressive by our reckoning. Along with his teammate Sipos’ four points from finishing P8, Alpine are on the scoreboard and can build the momentum from there.

Beyond the drivers, there’s plenty to talk about this year in F1 Esports. For one, the 50% race distance is a change the community has welcomed with open arms, providing more opportunity for strategy to influence the outcome of the race.

Especially when the tyres are not pre-heated and the drivers subsequently have to tip-toe around on their out-lap. This results in the overcut being more enticing this season, but it will leave the drivers vulnerable when they inevitably stop themselves.

On another note, due to breaking up the races into one per day, the F1 Esports broadcasts are now live instead of being pre-recorded. There were plenty of leaked race results last year, before they were presented in the ‘live’ broadcast. But, as a result of the live shows, the increased race distance and one race per day, F1 Esports this year feels so much more memorable.

Finally, we had to mention George Morgan, our September 2021 Hero of the Month. When Alex Jacques was unavailable on Thursday to commentate the Imola race, F1 Esports called up Geo who earned his stripes commentating for the top F1 game leagues featuring the Pro Championship drivers.

Let’s hope this isn’t a one-time affair and Morgan returns to commentate for future rounds. The infectiously enthusiastic and articulate Welshman seemed very at home talking over the races with the Pro Championship drivers involved, as he had done so often in PSGL and WOR.

Who impressed you in Event One of the F1 Esports Pro Championship? Tell us on Twitter at @OverTake_gg or in the comments down below!