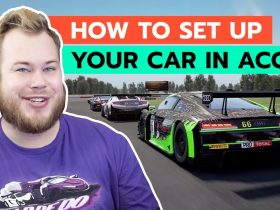 Get your GT3 setup right in ACC with Jardier

A lot of information was revealed by Kunos during the Assetto Corsa 2021 Showcase. We will bring you up to speed on what the future of Assetto Corsa looks like.

The famed GT3 simulation game Assetto Corsa Competizione first came to PS4 and Xbox One in June 2020 after a successful initial release on PC in May 2019. However the console versions lacked a factor that is widely regarded as essential in top-line racing sims: the capability to run at 60 frames per second.

Now any console gamers who play or want to play ACC can now be up there with their PC counterparts. During the Gamescom livestream on Thursday, it was announced that the PS5 and Xbox Series X/S version of the game would be released on 24 February 2022. It was also revealed that it would go from the lowly 30 frames of the previous generation of consoles, to now the fully fledged 60fps and even 4K output on consoles!

Not only that, but if you are a pre-existing owner of ACC on PS4 and Xbox One, you’ll be granted an upgrade to the next-gen version completely free of charge with all your pre-existing downloadable content! Plus, since the lobby system on the last-gen consoles was a bit of a mess, Kunos has made sure that on the upcoming console versions, there will be fully-fledged private lobbies for players to create.

During the Assetto Corsa 2021 Showcase livestream, Kunos co-founder Marco Massarutto revealed some more information on subjects such as potential upcoming DLC for Competizione.

He mentioned they are negotiating with SRO – the governing body of the GT World Challenge that ACC is the official game for – to renew their affiliation. Massarutto revealed that they intend to not only bring in new cars from SRO-affiliated championships, but new tracks as well.

Currently, the game offers the circuits that have been on the GT World Challenge Europe schedule since 2018. The only exceptions being Magny Cours in France (which was added into a rescheduled 2020 season in a hurry) and, coming up this season, the Circuit Ricardo Tormo in Spain. The game also features the Zandvoort circuit before it was modified with its famous banked final corner.

Other SRO championships that ACC have the tracks from include the Intercontinental GT Challenge and British GT. However SRO are also responsible for GT World Challenge series in America, Asia and Australia, so maybe the cars and tracks from those championships could be included in the future. Fan favourites such as Indianapolis, Sepang and Phillip Island may potentially be on their way to ACC!

Speaking of cars, Massarutto also told us that some cars which have never before been featured in ACC will be coming very soon. One of these is the BMW M4 GT3 which will be made available free of charge in 2022 on all platforms.

For those of you who prefer the more open, original Assetto Corsa over the GT racing-focused Competizione, Massarutto also revealed the worst-kept secret in sim racing: a direct follow-up to the original game is in early development. Whilst the modding community of the original title has ensured it has sustained its life beyond initial release, the news of a new Assetto Corsa on the horizon has pricked up many an ear!

Nothing concrete was revealed about the future Assetto Corsa 2. Though, with it pretty much set to be made for PS5 and Xbox Series X/S consoles, there will likely not be as much of a performance gap to the PC version as was the case with the original, which was notoriously limited by the hardware of the PS4 and Xbox One.

Last thing we have to tell you is that Assetto Corsa for Apple iPad and iPhone mobile devices will be available to download on the app store as of 31 August. It will come available with 59 cars and nine circuits so if you’re an avid player of Real Racing 3 or Project CARS GO, here’s another one to have a go with.

On February 24th 2022, head trackside in #AssettoCorsa Competizione as we launch on PlayStation 5 and Xbox Series X|S.

So, that’s all we’ve been told. PS5 and Xbox Series X/S releases for ACC, new cars and tracks coming to the game, a direct follow-up to the original Assetto Corsa is in development and you can now play Assetto Corsa on the move. Stay tuned to OverTake for more information as we get it on any more announcements that Kunos have in store.

For those of you who didn’t get the initial ACC console version, are you now tempted with 4K and 60 FPS? Tell us on Twitter at @OverTake_gg or in the comments down below! 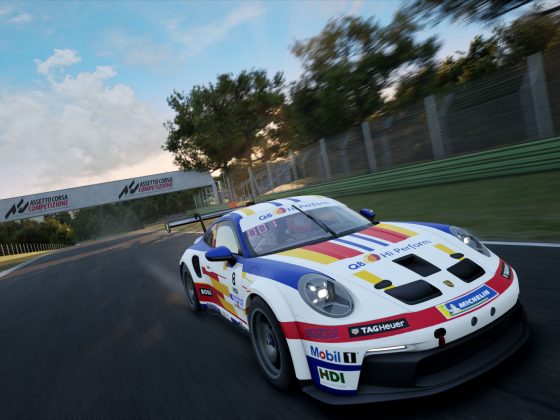 The Porsche Esports Carrera Cup Italia blends esports and real racing heritage. Here's everything you need to know about it. ...