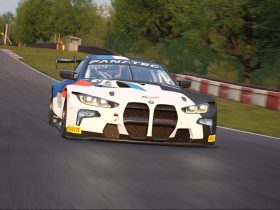 While the PRO Series features 24 established esports racers invited by the Italian car manufacturer, the AM Series is open to everyone. If you have ever dreamed of joining the esports team of a traditional racing organization, this is your chance. Every Thursday until September 27, you can qualify for the AM Series Championship via Knockout Rounds if you are over 18 and happen to live in Europe. The second qualifier will be held on September 13.

How does the series work?

The PRO and AM Series feature 24 racers each. The divisions host their four-championship series independently from each other in October. However, they are going to be staged simultaneously at the same tracks. The twelve best competitors from each division advance to the PRO and AM Series Finals in November. The racer who performs best in the three final competitions takes not only the crown, but also a coveted spot on Ferrari’s esports team.

If you want to cast your lot, you can register for the AM Series via Ferrari’s dedicated website. If you are not among the lucky ones this week, you can try again on September 20 and 27.

F1 superstar and esports enthusiast Charles Leclerc is the official ambassador of the event. He “will be following all the stages very closely and offering the participants advice based on his experience,” according to Ferrari’s press release.

Will you have a shot at the competition? Tell us on Twitter at @overtake_gg!