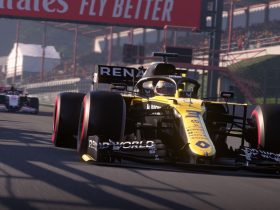 Opinion: Why F1 Esports is better than eNASCAR

Once again, F1 2021 has found its online gameplay stricken with game-altering bugs. The top level of PC league racing will not be going ahead for the second week in a row.Image credit: Codemasters / EA

On 20 April, Codemasters announced via twitter that they are aware of the issues described in this article. They will be rolling out a patch “aimed at fixing the issue” at 4pm BST/5pm CEST.

The statement also thanked the F1 racing leagues who had “tested [the patch] prior to release”, suggesting cooperation between the developers and the community.

However, while the reaction to this announcement has been largely positive, some fans of the game have been left frustrated by the lack of communication between the bug’s resurfacing and this announcement. Nevertheless, if the patch is successful in its goal, F1 league racing will be back on the proverbial menu.

Inbetween seasons of F1 Esports, the pro championship drivers along with other hopefuls compete in some of the top league racing series, the most common of which is Premier Sim Gaming Leagues. In the top tier PC championship, the likes of Jarno Opmeer, Brendon Leigh, Marcel Kiefer, Bari Boroumand and more compete together almost every Wednesday night.

However, for the second consecutive week the league has had to cancel its races. This only applies to their PC divisions, as the PlayStation races are continuing as usual. It doesn’t just apply to PSGL, another top F1 2021 PC league racing community World Online Racing have also suspended their PC racing until further notice.

Once again, PC F1 on Wednesday will not go ahead due to ongoing de sync related issues

As it stands, all other PC tiers on Thursday will not go ahead either unless a patch drops beforehand

We hope to resume at some point later on@Formula1game

This isn’t the first time that issues like this have happened. During the round at Monza in the previous season of PSGL, major desync issues resulted in a mid-race suspension and outcry from the community. Tensions between these league operators and the F1 game developers Codemasters have severely strained in the last year.

This desynchronisation bug for PC has come along at a bad time for PSGL. The end of the F1 Esports Challengers season should have marked the time at which PSGL was set to resume its role as the top F1 2021 competitive series for viewers to follow.

PSGL’s owner and leader Connor ‘BigC’ McDonagh provided a statement to OverTake about the ongoing issues:

We at PSGL are incredibly frustrated by the return of de sync which has forced us to put our Season 30 season on hold. It’s now the second time this game cycle that the issue has surfaced and thus has had a severe impact on our leagues and whether they can take place. It’s difficult to comprehend how the issue has cropped up again given the latest patch by Codemasters was simply a cosmetic one but it’s had an adverse affect on multiplayer, particularly on PC.

At the start of the game cycle, Codemasters was quick to fix the issue but that’s only because of F1 Esports coming up and they couldn’t afford to have the game in the state that we were forced to race on in summer. Codemasters don’t care about leagues nor do they give PSGL or any of our competitors any support or any official communication.

While we appreciate that issues do occur in video games, the frequency of them and the time they take to fix is unacceptable given the growing size of the game’s player base and growth of F1 Esports in general. In saying that, we are thankful to Dan Hawkins (F1 Esports co-ordinator) for the information he is able to give us even though he’s not part of the development team and wish such communication was better from Codemasters/EA moving forward.

Until a patch comes to PC, the PSGL Tier 1 PC season is suspended until further notice. Here’s hoping that comes along soon so viewers can continue to enjoy some of the top F1 game drivers in the most competitive of all the league racing championships.

Have you experienced desync in F1 2021? Tell us on Twitter at @OverTake_gg or in the comments down below!