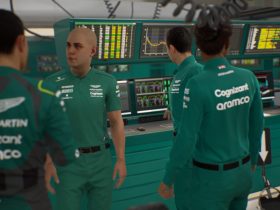 Two months have passed since F1 22 has hit the market. Ahead of the release, there were both high expectations as well as big fears about the game within the community. However, two months on it’s time to ask the question: is F1 22 a flop?

A lot of fans expected developer Codemasters to present another successful sequel of a franchise that had produced greatly appreciated games in the last years. Others feared the new publisher Electronic Arts would have negative impact on the game.

Today, we take a deep dive into player data which gives us an insight into whether fans view F1 22 as another success or a disappointment.

In order to understand what impact F1 22 has left on its players, we looked at two specific indicators with which we will compare F1 22’s results to those of the previous editions of the game.

However, it must be noted that all the data is gathered from Steam, since such data cannot be obtained for the console editions of the games. That means that while our analysis will give an insight into how fans liked the PC versions, it is unsure to which extent our result are representative for the respective console editions.

How Many Players Have Already Quit F1 22?

When people like a game, they stick with it. When they dislike it, they stop playing. That is why we took a close look at how many players stopped playing F1 22 in the second month after release. Our metric is the average number of players per month.

The results are clear. According to Steam Charts, F1 22 lost 39.81% of its average players in July. Out of all games since F1 2012, this is the second biggest decline in player base after the release. Only F1 2018 lost more players after its release with 46.52%.

An even more precise metric that tells us how much people enjoy F1 22 compared to previous editions is the user reviews. Steam users are able to rate a game with a thumbs up or down.

And again, F1 22 seems to fall back behind its predecessors. According to Steam, only 66 percent of all players left a positive review of the game. That is, again, the second worst result of the last ten years. Only the notorious F1 2015 had a lower Steam rating with only 62.04% of players liking the game, according to SteamDB.

But there is once again a notable defence for F1 22. Game ratings tend to be more negative early on in a game’s life-cycle, since the game will have some flaws that will be patched with continuous updates. Therefore, we could still see user ratings for F1 22 rising over time.

In opposition to users who buy and rate the game at different points in time, critics almost always give their rating at the release of the game. Their ratings might not tell us how good the game is once its completely patched and finished, but they do give us an insight into how well-appreciated F1 22 is at this point in time.

Because of this, the game is compared to the other titles in the series when they were at the same point of development. To stay consistent, we are once again looking at ratings for the PC version of the game.

According to the critics, F1 22 lines up in the midfield of Formula One games. It received a Metascore of 81, which is a good result. The lowest-rated game of the series according to Metacritic were F1 2014 and F1 2015 with a Metascore of 61. The reigning critics’ favourite is F1 2017 with a score of 89.

F1 22 was not able to reproduce the success of F1 2020 and 2021 which received outstanding reviews and reached more players than ever before. The numbers show that the game is running behind its expectations. This is especially obvious when looking at player data and ratings. Critics were less negative about F1 22, even though they agree the game was not as strong as its predecessors.

It is worth keeping an eye on how the numbers might change as Codemasters keeps updating the game.

Do you think F1 22 is a flop? Tell us by sending a tweet @OverTake_gg or leave a comment down below!