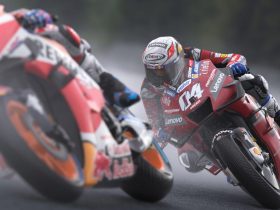 The two iconic tracks will be implemented in the upcoming months.

iRacing fans can be excited about two new additions to the game, as announced on Thursday. The developer wrote an update in its own iRacing Forums and announced the implementation of the iconic German track Hockenheimring. As stated in the post, iRacing has acquired “high-quality third-party scan data” and photos to accurately remodel the track.

This announcement comes as a pleasant surprise as Hockenheimring is a fan favorite for many years. The German track named after the close-by town Hockenheim is 4.5 kilometres long and offers lots of variance. It has high speed passages as well as challenging hairpin corners. It will certainly be a treat to see it in the virtual realm. The Hockenheimring was originally built in 1932 and since then has gone through extensive redesign measures. It last reopened with a new layout in 2002. The track has hosted a lot of very popular racing series, most notably Formula 1 and DTM.

Hockenheimring and Nashville Fairgrounds Speedway are one of many new circuits announced for iRacing, including the ovals and dirt tracks of: Weedsport Raceway, Crandon International Raceway, the streets of Long Beach and Coca-Cola Speedway.