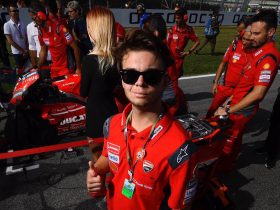 MotoGP 20 guide: Setting up your bike with AndrewZH

iRacing’s next World of Outlaws championship is going to start in November. We may see a new class as well.

Have you ever experienced post-tournament depression, meaning that you are sad when an exciting event is over? Those involved in the iRacing World of Outlaws NOS Energy Sprint Car World Championship did for sure. As the last iteration that ran from March – May 2020 was such a great success, the tournament will be repeated earlier than initially planned, taking place later this year.

The next World of Outlaws Sprint Car championship starts on 9 November 2020, kicking off at Volusia Speedway Park. Drivers will compete at 10 different circuits over the course of three months, and the last race is planned to be on January 25, 2021 on The Dirt Track at Charlotte.

Can Bergeron continue his winning streak?

Canadian esports racer Alex Bergeron is on the hunt for his third title as world champion in a row. In the latest edition that ended in May this year, he was able to secure victory with a 25-point gap, despite fighting against internet issues in some of the races.

In November, Bergeron has the chance to start his journey to become a back-to-back-to-back winner. The tournament will either have a spectacular victory with Bergeron, or the thrilling storyline of someone taking on and beating the reigning champion – either way, it is going to be exciting. Stay tuned for more information on qualifiers and the list of participants!

New class to be featured in World of Outlaws series?

There have been two series running for iRacing fans: the World of Outlaws Morton Buildings Late Model Championship Series and the tournaments mentioned above for sprint cars. Rumor has it a third division is entering WoO: big block modified cars. This type of racing is for purpose-built vehicles that compete on oval tracks. There are many different types of modification, the most popular being Dirt modified.

These speculations that are circulating among the community at the moment leave a sceptical question mark. At the current state of the game, big block modified cars are not available to drive. The rumors go even further so say that the new vehicles will be included in iRacing soon and the WoO tournament starts in 2021. The exclusive start is said to be the reason why the sprint car event is scheduled this early.

If you want to keep up to date with the World of Outlaws series, follow us on Twitter at @overtake_gg!