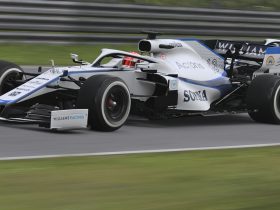 CUPRA celebrates its new esports series with four celebrities in a VIP race.

SEAT’s subisdiary CUPRA launches its own esports tournament. The qualification phase for the “CUPRA Simracing Series” in RaceRoom still goes on until May 24. The actual tournament will start about one week later on May 30. To celebrate its launch, the car manufacturer stages a race including high-class brand ambassadors.

The competitors will drive in the CUPRA Leon Competición. The race is going to be broadcasted on CUPRA’s YouTube channel on Thursday, May 21, at 8 PM CEST.

The VIP race is but a start: Until the season’s finale on October 31, there will be another 12 races, including warmups and qualifyings. The first race of the series is going to be at the virtual Nürburgring. CUPRA hasn’t announced the prize pool for the event.

Racing has always been a part of CUPRA’s DNA – now motorsports and esports enthusiasts from all over the world can experience this by themselves. The extremely complex digital adaptation of the CUPRA models is as realistic as that of the tracks and the feeling in the simulator. In Raceroom.com, we found the ideal virtal motosports platform for the CUPRA Simracing series.