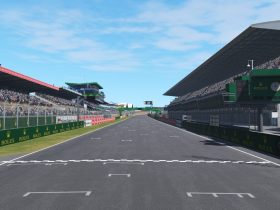 Button, Senna and More to Compete in Le Mans Virtual

Last year’s winner will compete against a strong grid for a prize pool of €80,000.

The ADAC GT Masters eSports 2020 is set to kick off on Saturday, August 1. Twenty esports racers fight for a prize pool of €80,000 in the eight-race series held in RaceRoom. The competition presented a strong line-up on Friday, July 31, with some prominent names of the scene.

Last year’s winner Moritz Löhner will try to defend his title in 2020. With Mahle Racing Team, the German starts under a new banner this year.

Williams Esports, who Löhner raced for in the 2019 edition of the competition, sends Niko Wisniewski, Kuba Brzezinski and Jack Keithley to the grid. Their sister team Williams JIM Esports partnered with Marc Gassner who already took part in the real-world ADAC GT Masters.

Joining the grid in the first race will be Emre Cihan, Simone Prete, Marko Pejic and Leonard Krippner, who earned guest spots via an online qualifier.

Round one at Lausitzring

The first of eight rounds will be taking place at the virtual Lausitzring, Germany. The online series is also set to visit Nürburgring and Circuit Zandvoort before concluding at Motorsport Arena Oschersleben. The overall winner will take home €10,000 and a non-cash prize which has not been defined yet.