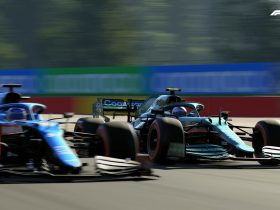 The list of participants at the virtual 24 Hours of Le Mans gets more impressive every day. After Veloce Esports announced three icon-heavy teams including racing celebrities such as Stoffel Vandoorne and Pierre Gasly, FA/RB Allinsports presented a lineup which boasts at least as many notable drivers.

F1 legends Fernando Alonso and Rubens Barrichello join Team Redline’s racer Olli Pahkala and Jarl Teien for the famous endurance race on June 13 and 14 in rFactor 2. Especially Alonso’s participation will draw a lot of attention from racing fans all around the world. The two-time F1 world champion also has two Le Mans championships under his belt.

Penske and Mahle with strong lineups

With more than two weeks before the event, we are anxious to know who is going to join the starting field next. Considering how stacked the event already is, it is safe to say that it is going to be one of the absolute esports racing highlights this year.

Which drivers would you like to see at Le Mans? Tell us on social media!