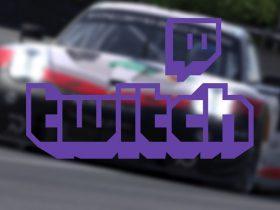 How to stream on Twitch

Hot Trackmania stuff: Twitch streamers might compete on your tracks and TMGL season two kicks off!

Exciting weeks for Trackmania fans are ahead! First and foremost, the most precise racing league in the world is back: Trackmania Grand League returns to the screens, where the world’s best drivers chase a €16,500 prize pool. At the same time as the regular pro season, casual players can qualify for the next season of Trackmania Grand League. And if that wasn’t enough: there is going to be a Twitch Rivals Trackmania event held on community maps as well.

Trackmania Grand League is going to be held in the new Trackmania game for the first time. 16 esports teams send their best drivers to the competition. One of them is TMGL Winter 2020 winner Carl Jr, who is trying to defend his title. Looking at the grid, this task might get very hard for the Canadian. Among his pursuers are TMGL Winter 2020 regular season winner Papou and TGL Beta Season Champion Kappa. Find the full list of participants below:

Trackmania Grand League Season 2 is about to start! 🏁

Mark your calendar and follow the Step 1 on Sunday from 8 PM CEST!#TMGLFALL2020🍂 pic.twitter.com/FSBEULtdzs

Big bucks are on the line

The drivers are set to compete in the online regular season each Sunday at 8PM CEST, starting September 13. After six stages, eight of them advance to the playoffs. They all will be rewarded with a cash prize.

The playoff stage has not been scheduled yet. What’s sure is that three final stages are going to determine the winner of Trackmania Grand League with the top four taking home another cash prize.

Watch the competition on the participants’ Twitch channels.

Your shot at a Trackmania Grand League spot

Each Saturday after a regular season event of TMGL, the Trackmania Open Grand League takes place. The competition is open for everyone and races on the exact same tracks as the pro series. Depending on your performance, you win a certain amount of points for each event.

After all six stages, the eight highest scoring players advance to a shootout event. This is where they meet the bottom eight players of the Trackmania Grand League regular season. The two best OGL players of the combined match will qualify for the next TMGL season.

These are not only great days for racers, but also for talented circuit builders. Twitch Rivals is heading to Trackmania on October 15. In the format, popular streamers battle against each other, fighting for a cash prize which has yet to be announced.

We’re taking on the twisting, jump-filled, loopy new tracks YOU create in the Twitch Rivals: @Trackmania Showdown on Oct. 15th.

Send us your tracks on Trackmania Exchange by 9/25 and they may be used in our Twitch Rivals event: https://t.co/AxNYb3IKmZ pic.twitter.com/EYsboq4dY6

Submit your tracks for Circuit, Speed, Tech and Short & Tech challenges by September 25. You might see the most popular Trackmania streamers and pros racing on them! Click here for more information on regulations and how to submit tracks.

Which Trackmania event are you most excited about? Tweet us your opinion @overtake_gg!