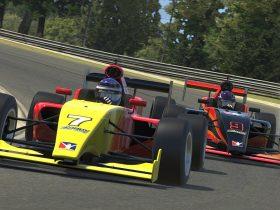 Baltic players get ready for a new Trackmania tournament, open to all skill levels.

A new Trackmania tournament for Baltic players was announced on Twitter this Thursday, November 26. The Baltic Trackmania League Beta Season kicks off from December 11 – January 3. Registration is open until December 9 to all players from the Baltic region, meaning Latvia, Lithuania, and Estonia.

I am Happy to announce my next project!

If you are from Baltic States, this is something you definitely don’t wanna miss out. https://t.co/0wagI4g0jA

Divisions for every skill level

The league is split into three stages: qualification, regular season, and playoffs. After the qualifiers, the players will be assigned to their respective division, ranging from Amateur to Master.

So far, there is no prize pool available for the Beta Season, but there will be a crowd fund poll. The prize money per placement then depends on the overall sum collected through crowd funding. The league will be played on four custom mixed style maps and one official Nadeo map. Players can submit maps as well, starting on November 27.

For more information, head over to the official tournament page.

Are you going to participate in the event? Tell us on Twitter @overtake_gg!