The most classy sim rig of all time?

Modern hightech sim rigs get every motorsports lover's heart beating faster. But what if you are an immortal gentleman from early in the last century and the modern design doesn't cater to your aesthetics? Or maybe you're simply a fan of classic cars. Whatever the scenario, this new sim rig by The Classic Car Trust (TCCT) is definitely a unique eyecatcher.

The so-called eClassic is built like a retro monoposto speedster. From the elongated oval bodywork to an interior with a luxurious seat and upholstery to the wooden wheel and gearshift, everything is authentic. Well, of course the three large monitors and the metal framework are a modern addition.


A collaboration between prestigious brands

Unfortunately, it seems the eClassic is not a conventional sim rig which you can use with all your games, as it was designed in cooperation with Racing Unleashed and runs on their software. If you are not familiar with this brand, Racing Unleashed is a Swiss company that focuses on building sim racing rigs and software, as well as hosting their own tournaments and events.

As well as the Swiss factory, two Italian brands contributed to the construction: Pininfarina which is a luxurious car manufacturer and worked with Ferrari in the past, and Zagato. The latter is a coachbuilding company that has operated since the 1920s, starting in collaboration with Alfa Romeo.

Testing the eClassic for events

The nostalgic sim rigs have already been put into practice. Over the past weekend during the Bernina Gran Turismo hillclimb event, three simulators were displayed for a small tournament in the lounge of Hotel Kempinski. Winner of the virtual race at Monza was Marc Glenzer from Germany. First among the female drivers was Nicola Von Doenhoff, also from Germany. 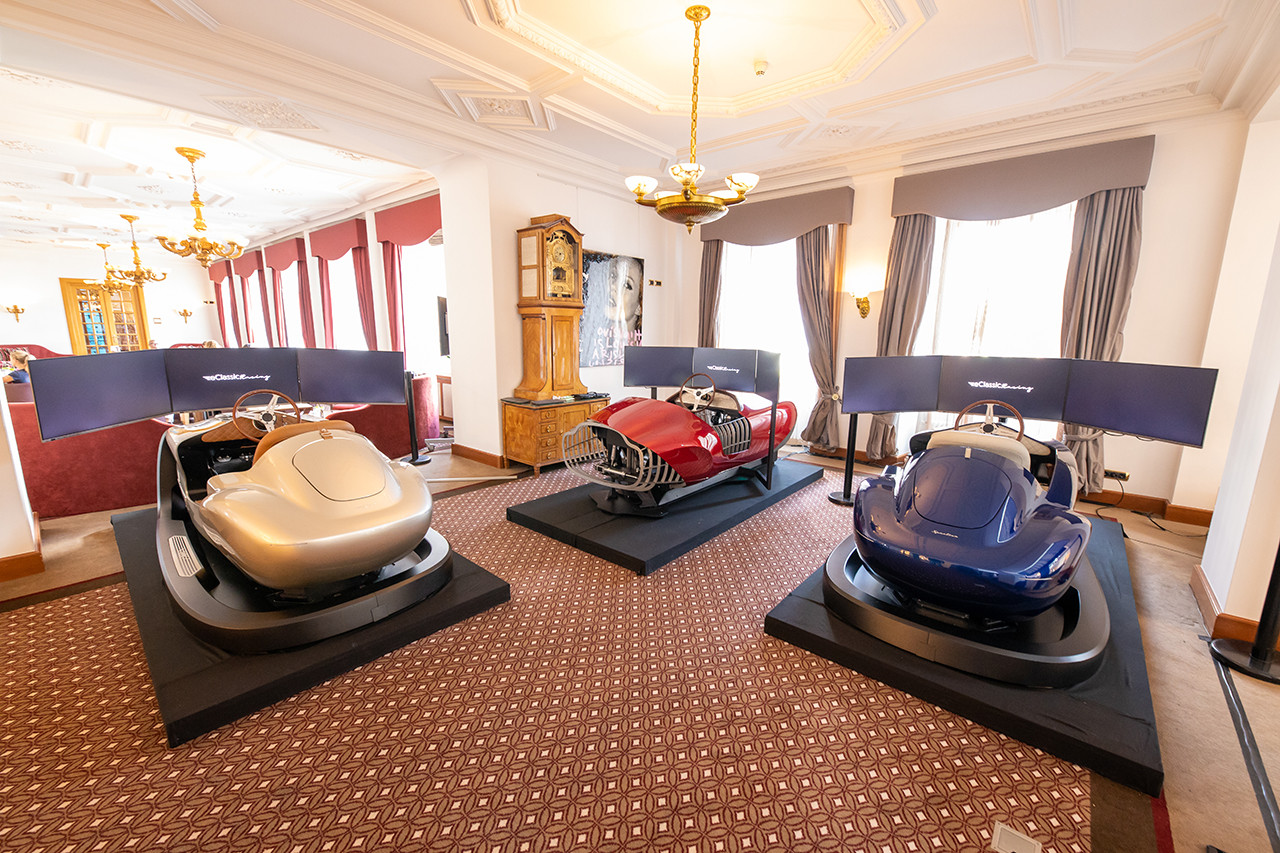 There is no information on the price of the eClassic, but the model is planned to be released in 2021. Upon purchasing an eClassic, owners become a member of a so-called eClassic Racing Club which will offer training sessions and coaching programs.


Submit
Tell us more
Tags: funny, gaming
By clicking on one of those buttons you are leaving OverTake.gg