With Mario Kart Live: Home Circuit Nintendo once more proves its reputation as the innovation machine of the industry. The newest Mario Kart on Nintendo Switch which has been released on October 16 and connects reality and virtual gameplay to create a new experience. Via toy karts which are equipped with cameras and modern augmented reality (AR) technology, the fun racer now turns wheels in your living room. See our review below to find out if the concept works.


A brand new world at your own spot

You don't need much to get started except the kart and some space. You use the included cardboard gates to set checkpoints for your track and drive the lane once to "paint" it into your room. The connection between Kart and Switch console is easily built up by scanning a QR code from the screen with the camera of the kart. Everything works fine in handheld mode and on TV alike.

Nothing has changed of the basic Mario Kart gameplay, despite it's you building the tracks. Nintendo recommends not to use the kart outdoors or on high ground. However, technically you have no restrictions to build a course to your liking. You can experiment with every kind of real life obstacles that match your creativity. By collecting coins during races or winning cups you can also unlock new ingame obstacles which you can equip the gates with. Cosmetics for Mario and new karts are included as well.

Cosmetics are unlocked every few races.

It is fascinating how well the game tracks the augmented reality features. Sometimes the visuals of the track cover objects in the real world a bit, but this doesn't affect the orientation too hard. The game can even rearrange tracks to some extent if the gates change their position during a race.

The controls work pretty smoothly, too. Overall the presentation is a little conservative compared to earlier Mario Kart titles, but the handling of the game benefits from that decision. 3D objects and effects look appealing in the typical Mario cartoon style. 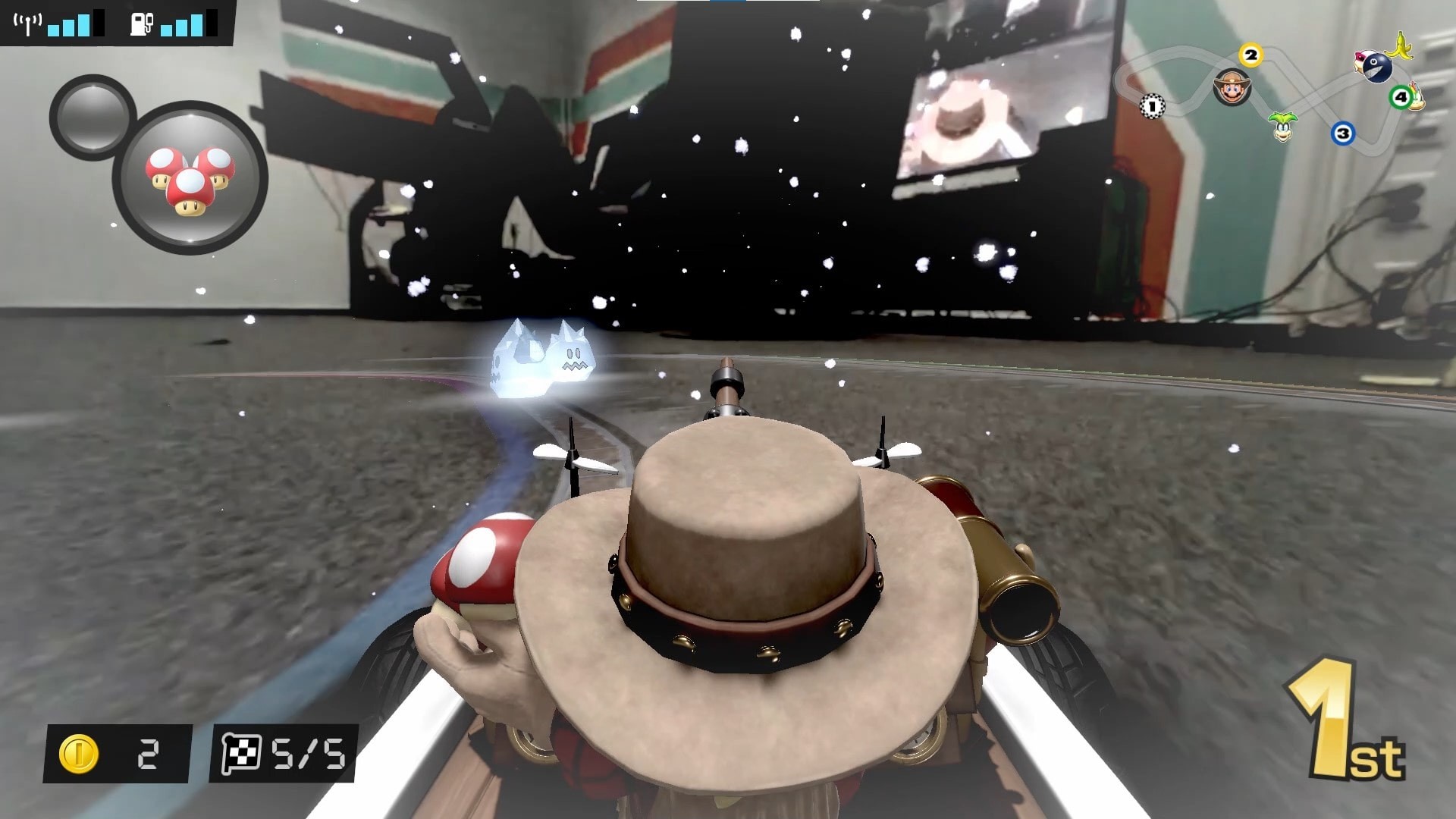 Many cups come with their own theme affecting the environment and obstacles.

How much fun fuel is in the tank?

Despite Mario Kart: Home Circuit includes many different cups from scratch, you will have seen most of the game in a few hours. How long you can keep up the fun depends on how much space and creativity you have to set up new courses. You can download and print additional arrow signs online to make the tracks as big as you like.

Above that you will have to set your own goals (e.g. Time Trials) to keep up your motivation after all content is unlocked. As usual, most of the fun comes up in multiplayer races with up to three friends. This can get quite expensive though, as every player needs their own kart and Switch console. Each kart costs around €100, the game itself is downloadable for free.

Have you already created your own tracks? Show them to us on Twitter at overtake_gg!
Did you like this article? Please click thumb up or thumb down.


Submit
Tell us more
Tags: mario kart, review
By clicking on one of those buttons you are leaving OverTake.gg