Content creator rAii about his love of Forza Horizon 4 and the importance of community racing.
Photo credit: Microsoft / rAii

Mathieu, better known as rAii, is one of Germany’s most popular racing game content creators. The 30-year-old founded the channel “Die Pixelhelden” (Eng.: The pixel heroes) together with five friends he had already known for years. Although their channel boasts 180,000 subscribers to date, the motorsports enthusiast still works in research at a university. OverTake asked the content creator about his love of Forza Horizon 4 and why he thinks his channel is unique in multiple aspects.

OverTake: Hey rAii. If you could play only one racing game until the end of your life, which one would you choose?

I think I have to give two different answers, depending on answering as a content creator or a private person. As a creator, it is clearly Forza Horizon, because you can produce a lot of videos in different formats.

As a player I think I would say Assetto Corsa Competizione, because it is the best GT3 simulation out there at the moment. It is great fun, also because of the competition with other through leagues and races. It also has a lot of long-term motivation to grab a car, improve your lap times over and over and compare yourself with others again.

My father always watched Formula 1, so as a baby I would too. I remember seeing Michael Schumacher win his first world championships. He has always been the big idol. I never made the step into real motorsports, but racing games helped to keep the bond. Even though I mostly played games rather than simulations, and never went into esports racing. 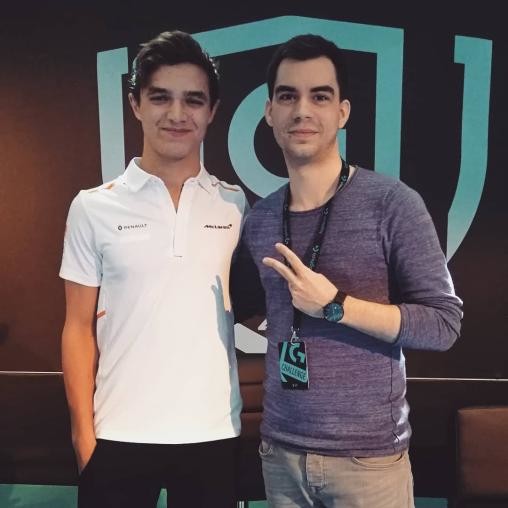 But you did have an esports career, just in a completely different direction…

I played Counter-Strike competitively between the age of twelve and 20. My team and I played in the highest ESL amateur league and were almost promoted to pro level. But after we closely missed that target, it ran out of steam for us.

In that time, we practiced four to eight hours a day, so I know what it means to be in esports. But I never wanted to do that with sim racing, because I didn’t want to play at this level anymore.

Today, you are well known in the German YouTube scene. How did the idea of starting a video channel with your friends come up?

We always played a lot together and experienced a lot of cool things in game. Around 2010, gaming became bigger on YouTube and we thought: “Wouldn’t it be cool to record all the funny stuff we experience? Other people might think it’s funny too.” And that’s what we did.

Actually, none of us remembers how we came up with our channel name. It suddenly was in the room and everyone thought it was funny and catchy.

You and your friends create a lot of videos together. But each member of your channel is also an expert in a certain genre and creates videos independently for the channel. For you, that genre is racing games. Did you ever have the idea to launch a separate racing channel on your own?

It would be a lie to say I did not think about it. But the positive aspects of running the channel with my friends always prevailed. Some might say running my own channel would make more sense because the racing content is the most successful on our channel. Or because I am the person who has invested the most time into it.

But the channel is a project of friends. And we think our friendship might have proceeded differently if we did not have our baby. Finally, it is also a huge relief to prorate all the bureaucratic effort, because none of us does this as a main job. 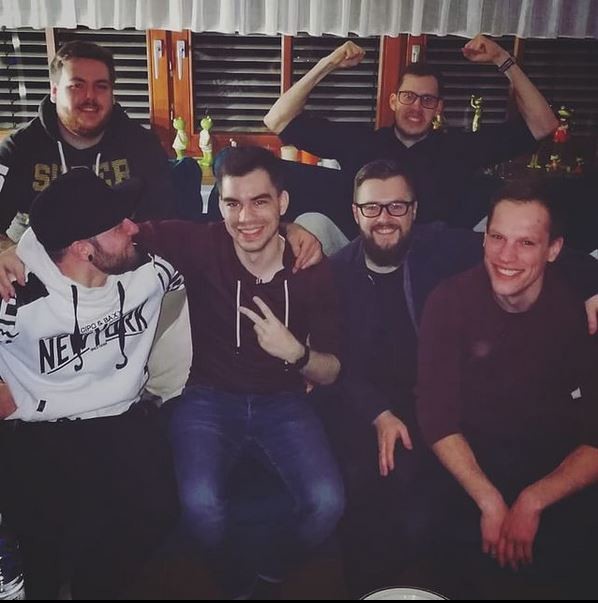 One of your favorite games clearly is Forza Horizon 4. You uploaded more than 750 videos of playing it on your channel. What fascinates you so much about this game?

What I love about Forza Horizon is the great variety of cars which all feel different to drive. You can tell whether the vehicle has a front or rear-wheel drive. If it’s a classic car or a modern one. The game also has a big long-term motivation because it has such a diverse international community. There are those who seek competition, fun drivers, or tuning get-togethers.

As a content creator, I also try to convey interesting facts or the history about the real-world cars to the viewers, like a digital car journalist. I designed my own test track where I have already compared more than 200 cars. Our viewers gave me the feedback that these videos not only raised their interest in the game, but also cars in general. That is, I think, a really unique thing: to connect game, reality, and knowledge. And I also get to learn a lot, which is great.

In most of your Forza Horizon videos you are not alone, though…

In the times of Forza Horizon 2, we noticed the game offers an insane number of possibilities to create your own formats and games. We became more creative over time and even created pages of regulations to make the games work. And we are still looking for new ideas and release new episodes each weekend. I think inventing and playing new formats which were not part of the game initially not only strengthened our channel, but the entire Forza community.

How important is it to reinvent yourself and your formats to remain entertaining for your viewers?

Creating new formats or adjusting them is more of your own drive to strive to do better. There will always be viewers who want more variety or something new. But generally speaking, I believe it’s not that important.

The viewers are happy that the videos are being made. And every video writes its own story, even though the rules do not change. Trying out new rules or changes happens, but that is more due to the desire to improve yourself. We test new formats nevertheless, because you do not want to get into a rut, and it is entertaining for us as well as our viewers.


What value do the multiplayer races have for you and your channel?

A very, very high value. Our channel slogan is “saving the day together” and it applies in many ways. It resembles the theme of heroes and means you get to see new content every day. But together also stands for the community. Creating formats with the community on stream or in videos is extremely important and a win-win situation for both sides.

In view of the size of our channel, I think the way we include the community in our Forza videos is unique on YouTube because every viewer can take part.

Is there any racing format you still want to implement alone or with your community?

An idea that I’ve had for a long time is to create a team race tournament in Forza. Not exclusively with our community, but for everyone. There would be a knockout stage and a big final. I always wanted to do that but never had the time to organize it, sadly.

We hope to see that on your channel one day. Thank you very much for the interview, rAii!


Submit
Tell us more
Tags: interview, twitch, personality
By clicking on one of those buttons you are leaving OverTake.gg