Melanie Eilert on the inclusivity and accessibility for gamers with disabilities.
Photo credit: Anna Spindelndreier

I was asked to write a column for the ‘Inclusion’ themed week. Inclusion has been an important topic for me for a long time, and for a few years now I have been trying hard to promote inclusion and to draw attention to problems in the gaming scene. Since I have a physical disability myself, which often causes me to encounter barriers in games, I can draw on a lot of my own experience in this area as an activist for inclusion in gaming.

Especially in the English-speaking world, there are many dedicated people who have been working for inclusion in gaming for much longer. I have only been active in this area since 2017 and I can only say that I stumbled into it during a very exciting time. Of course, there were already some milestones for inclusion before 2017, but particularly in the last three years, inclusion and accessibility has almost become a "trending topic" in the gaming industry.

Not a hotplate – a special Xbox controller!

The Xbox Adaptive Controller (XAC), which was launched at the end of 2018, plays a large part in this. The XAC looks a bit like a mobile hotplate. In addition to the buttons that are integrated into it, 19 external buttons and two USB devices such as joysticks can be connected to it. Thus, on the one hand, it can be used as a complete replacement to the standard controller, and on the other, it can be used via the Xbox accessories app in the so-called Copilot mode to complement a standard or the Elite controller. This makes it possible for gamers to put together a completely individual controller setup to compensate when a standard controller cannot be used or can only be used to a very limited extent due to the disability. 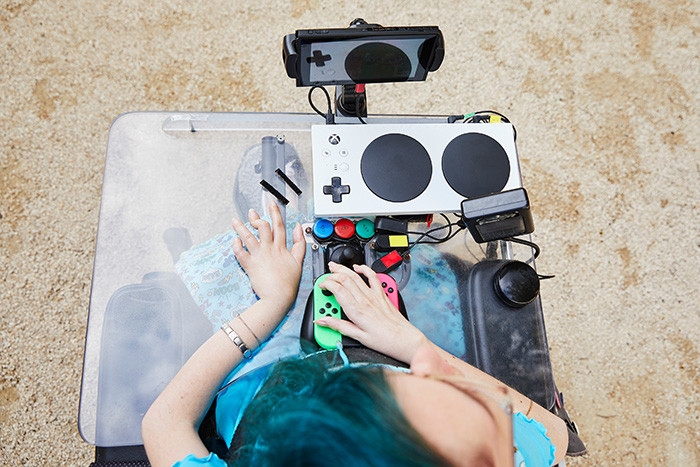 Accessibility can be improved in many ways

The Last of Us Part II caused quite a stir in 2020, and I don't mean the discourse about the story's development. Naughty Dog introduced some great options for more accessibility back in 2016 with Uncharted 4. They have since raised the bar they set there many times over. Over 60 options were developed together with various disabled people to enable as many people as possible to independently play this game. Particularly impressive were the settings for visually impaired players, which were so helpful that even blind players were able to complete the game on Platinum without assistance.

However, the importance of accessibility in games is also growing in other places. Ubisoft has just advertised a third full-time position as "Accessibility Manager". EA and Square Enix West, among others, also have people whose job is to support the development teams in making the games playable for as many people as possible. More and more studios are bringing in disabled people during development to advise the teams and assist with playtesting.

The commitment of the aforementioned companies to greater accessibility is also becoming increasingly evident in their marketing. On social media, images are almost consistently posted with alternative text to make them accessible by screen readers for visually impaired people. Game trailers are being subtitled for the deaf and given an audio description so that blind people can follow the scenes more easily. In addition to these steps, which are often highly visible from the outside, there is also a lot happening behind the scenes. For example, there are various conferences within the games industry that address accessibility and promote exchange between developers.

I've now written a lot about accessibility. But what about inclusion? For me, inclusion means "everyone has equal rights". That means that the more people who can play the games, the closer we come to inclusion. But what I also see as an important part of inclusion is good representation. And just in 2020, there was some progress. For example, for an NPC in Marvel's Avengers who is in a wheelchair, the motion capture was done on a person who is actually in a wheelchair in real life. This is very important for a realistic image, because people who really use a wheelchair have a completely different posture from anyone who just sits in one. In Marvel's Avengers and Marvel's Spider-Man Miles Morales, there were one or two scenes where American sign language is incorporated. Such visibility is also important and positive.

At the end of the year, it was time for the annual awards, and here, too, there were small steps towards inclusion. Several major awards, including The Game Awards, introduced a category for the first time that recognized games that stood out for their accessibility innovations. In addition, The Game Awards Show was broadcast for the first time, and even live, with audio description, which also made it more accessible for blind people.

All these milestones would not have been possible to the extent that they were without the cooperation of people with disabilities. So, this is my wish for 2021 and the years to come: Dear developers, dear media professionals and dear award organizing teams, get us disabled gamers on board and work with us to achieve inclusion and accessibility in the gaming industry! 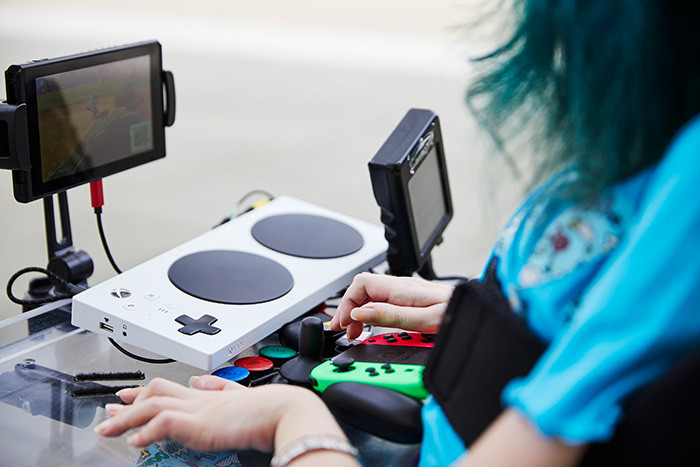 Both, hardware and software are important for accessibility. Photo credit: Anna Spindelndreier

What are your thoughts on how to make racing games more accessible for everyone? Tell us on Twitter at @overtake_gg!
Did you like this article? Please click thumb up or thumb down.


Submit
Tell us more
Tags: gaming, inclusivity, opinion, personality
By clicking on one of those buttons you are leaving OverTake.gg